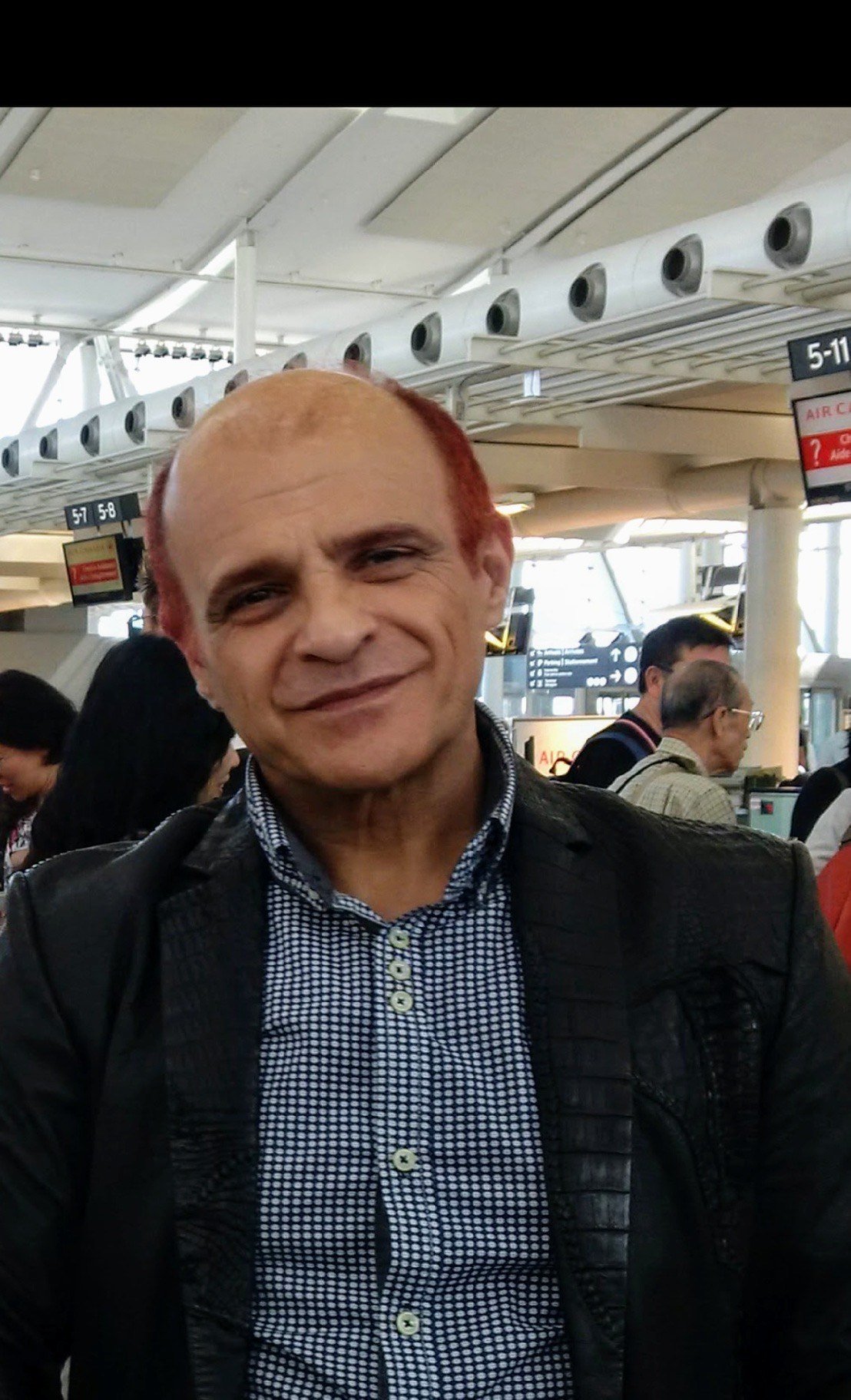 At some time in the night hours of May 11, 2018, Peter Schillaci, a Canadian citizen who had lived in Indonesia for over a decade and half, was rushed to a Jakarta hospital. Just three days prior, he had been discharged from another hospital, also in Jakarta, having been treated for assorted symptoms. In about five hours after being admitted to the second hospital, Peter Schillaci died. The exact cause of his death is still unknown, after more than two and half years.

Many time-zones away from Jakarta, Peter’s sister Paula woke up on May 12 at her home in Oakville, ON to realize that she had a missed text message on WhatsApp from Indonesia around 4 AM, Eastern Time. She knew who the number belonged to. Approximately one year earlier, she had accidentally discovered that her brother had got married to his girlfriend of about a year and half, a local Indonesian woman. The phone number belonged to her.

Paula was suspicious about the marriage from the moment she learned about it. Peter had not mentioned his intention to get married in his many communications with his sister, nor had he informed their elderly parents, or any of his family and friends, about the marriage. Paula suspected that the few photographs of the event that were posted on the Facebook page of Peter’s girlfriend / alleged wife were staged.

Nevertheless, she got back to his brother’s girlfriend / alleged wife and said that she had been in touch with Global Affairs Canada (GAC) and had been advised that they would provide her with a list of funeral homes in Indonesia. Around 5:30 AM, a former girlfriend of Peter’s video-called Paula on WhatsApp where Paula caught the last part of Peter’s burial. She saw that there were about a dozen people present, probably fewer than that. Neither of Peter’s two local business partners was among them.

Paula observed that the burial was being conducted according to Islamic practice. She would have preferred that her brother be buried according to Catholic practice. Moreover, in view of Peter’s sudden and unexpected death, Paula wanted an autopsy done on her brother’s body. Peter’s girlfriend / alleged wife told her that autopsies were illegal in Indonesia.

Over the following months, Paula tried to find out (unsuccessfully) exactly how her brother died, as she suspected foul play. She also learned that in August 2018 (roughly three months after Peter’s death), his Canadian passport was cancelled ‘in the system’ by the Canadian Embassy in Jakarta, although as far as Paula knew, there was no proper death certificate produced in support of the cancellation. However, and curiously, in early July she had been notified by GAC that Peter’s passport had been cancelled ‘upon receipt of medical death attestation’.

Paula had received two different death certificates from Peter’s girlfriend / alleged wife. One, received in May 2018, in Bahasa Indonesia language, showed Peter’s religion as Islam, while the other, in English and received in July 2018, showed it as Catholic. Paula also received another ‘death certificate’ that was not on any official stationery, but had rather been typed up on a computer. None of the three documents show the cause of death.

And finally, in November 2019, following a request by Paula, Halton Police provided her with a copy of a facsimile message from Indonesian National Police, International Relations Division, addressed to the Police Attache at Canadian Embassy in Jakarta, about Peter’s death. It also does not specify the cause of death, but rather only mentions the diagnosis: Pneumonia, Septic shock, Suspected immune-compromization and Respiratory failure. It mentions the date of Peter’s death as 12 May, 2019 (instead of 2018).

Paula had started thinking of hiring a private investigator to get to the bottom of her brother’s death. In January 2019, GAC had advised her about a program of the Canadian government known as Financial Assistance for Canadians Victimized Abroad (FAVA). Initially, Paula decided to wait for a report from Interpol that would, she hoped, prove that Peter’s death was a homicide. When that did not transpire, she applied to FAVA.

This was around October 2019, i.e. about one and a half years after Peter’s death. The program is administered by Justice Canada. When she approached FAVA for financial assistance, they told her that in order for her to be eligible for funding under the program, they would need confirmation from Global Affairs Canada that Peter’s death was a homicide. When Paula approached GAC about this, they told her that GAC is not an investigative agency and therefore could not issue such a confirmation.

However, GAC have stated categorically elsewhere that based on the input from the local police & hospital authorities Peter’s death was not suspicious. This statement appears to be based on a misunderstanding: in January 2019, they (GAC) had written to the office of Paula’s MP Pam Damoff stating (erroneously) that Paula had informed them that Peter‘s death had been due to natural causes. Paula has insisted from day one that his death appeared suspicious to her. She also said so categorically to the Halton Police in her statement.

Paula wonders how GAC can make a definitive statement – one way or the other – when both the official death certificates fail to mention the cause of death and when she is on record as calling Peter’s death suspicious.

Since then, Paula has approached the offices of several politicians, among them Justice Minister David Lametti, and later Minister Anita Anand as well as her MP Pam Damoff. As of November 2020, Paula has not reached anywhere in her quest to have her brother’s suspicious death looked into by the Canadian authorities.

Within about three weeks of Peter’s death, Paula contacted the legal department of the Employee Assistance Program at her place of employment for advice on how to go about investigating her brother’s death. They advised her to contact her local MP’s office. Paula then got in touch with the constituency office of MP Pam Damoff, who is the MP for her riding. Meanwhile, the Canadian Embassy in Jakarta confirmed to her that death certificate was one of the requirements for cancellation of passport.

In August 2018, Paula gave a detailed statement to her local police force, Halton Police, and also lodged an ATIP application to access official documentation about Peter’s case. Within less than a week of the application, she received a response to her ATIP application stating that she was not authorized to have this access, as she was not named as the executor for Peter. Around the same time, Halton Police sent their report to Interpol.

Towards the end of September 2018, Paula wrote to the office of Prime Minister Trudeau, as she had not heard from the RCMP liaison office at the Canadian Embassy in Jakarta for a while. In response, she received communication from GAC. It was a routine acknowledgement, and did not move the matters forward.

This was followed by extensive communications between Paula and several officials within the Canadian government. The back-and-forth was sometimes confusing. For example, on October 31, 2018, the RCMP liaison officer at the Embassy stated that Peter’s death did not appear suspicious to the medical staff, but later, on November 22, he wrote that he did not get a copy of Peter’s death certificate. Paula had supplied copies of all the three death certificates that she had received to Halton Police, and these would have been part of the report that Halton Police sent to the Embassy. There were also some dead-ends, like Paula’s email to a Consular Staff at the Embassy asking for the name of the person who told the RCMP liaison that Peter had not died of foul play; this email was never replied.

Meanwhile, Paula had set up a meeting with her MP Pam Damoff for January 11, 2019. However, when she reached the constituency office, she was told that MP Damoff was on her way to attend a dinner meeting. Paula was upset; the least that she would have expected was for someone to reach out to her about the scheduling conflict so a new meeting could be scheduled. Paula was put through to MP Damoff over the phone as the MP was on her way to the dinner meeting. The conversation was not fruitful. Paula’s email correspondence with the RCMP liaison continued.

In mid-February 2019, Paula emailed Prime Minister Trudeau again. She received a reply from his office, referring the case to the then Foreign Affairs Minister Chrystia Freeland, who was copied on the reply. However, the only reply to Paula’s email to Minister Freeland was an ‘out of office’ message; she never received any other response.

After a lot more email correspondence with the RCMP liaison, in October 2019 Paula applied for funding from Financial Assistance for Victims Abroad program of the Justice Ministry. About one month later, she received communication from them that according to GAC, there was no foul play involved in Peter’s death, and therefore she was not eligible for the funding. So, Paula wrote to GAC asking how they arrived at the conclusion, and was told that GAC is not an investigative body.

Unsatisfied with this, Paula asked the RCMP to investigate the work done by the liaison at Jakarta. The Regional Liaison Officer with jurisdiction over Indonesia is based in Turkey. This officer came back to Paula saying that the investigation had been done properly. Paula then approached the Civilian Review Board of the RCMP, and in May of 2020, also wrote to the new Foreign Affairs Minister Champagne (she never heard back from him).

In June 2020, Paula was advised by the office of the new ambassador at the Canadian Embassy in Jakarta to hire a lawyer to investigate Peter’s death. Paula then requested the office of FAVA to reopen the file, and also approached Halton Police to reopen their own file that had been shared with Interpol. In August 2020, she heard back from FAVA that they were confirming the earlier decision not to provide funding. As a result, Paula wrote to Justice Minister Lametti and Foreign Affairs Minister Champagne. She did not receive any reply.

In the 30 months that have passed since Peter’s death, Paula has communicated with a total of 23 officials in the Canadian government, including the Prime Minister and 3 ministers plus her own MP. Some strange things have also happened, like receiving a ‘friend request’ on Facebook from a complete stranger, who later posted on social media some confidential details from the hard drive of Peter’s computer. Sometimes, her outgoing emails showed a wrong ID for herself. As a result, responses to her emails were going to a different email ID. Paula had to get in touch with her internet provider to have the issue resolved. Peter’s bank accounts in Indonesia have been emptied by someone.

Over the course of his stay in Indonesia, Peter had engaged in various business ventures. The last one involved exploring for gold deposits. He appeared to have located a good opportunity, as his communication with a Canadian friend shows; they discussed a project worth about US$ 40-50 million in investment to use new technology for extracting more gold from several existing mines owned by another person in Indonesia. The details from Peter’s hard drive that were put online by the stranger pertained to this business opportunity.

For over two and half years, she has been trying to get someone in the Canadian government to provide her the answers. And she is determined to persist for as long as it takes.