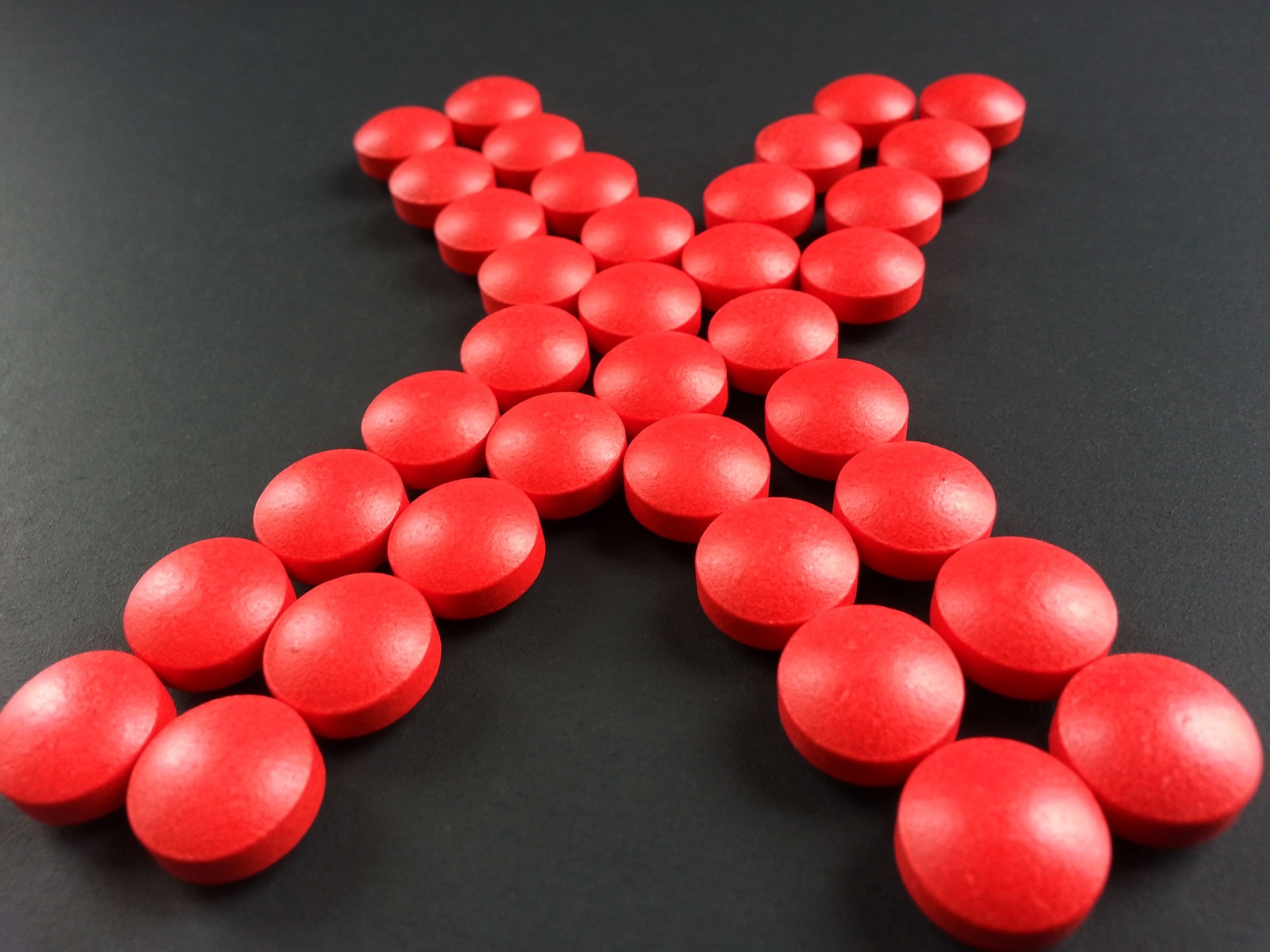 (Image Credit: Author name ‘adam’ at stockvault.net; the image is at this link. Used without modification under Creative Commons Licence)

In 2019, some 14.5% of Canadians did not have a family doctor. The widely held belief that Canada has ‘the best healthcare in the world’ is divorced from reality. Quality of care is relevant only AFTER it is available.

Some time ago, the Globe & Mail published a report showing that in New Foundland & Labrador, about 98,000 people don’t have a family doctor – and that the shortage is only getting worse. Estimates for the population of that province vary slightly, but the higher end estimate that I found (at statista.com) put it at just over 522,000. Based on these numbers, it can be said that some 18.77% of Canadians in NFLD don’t have a primary healthcare provider.

In the ensuing Twitter discussion, I came upon data for 2019 by Statistics Canada, showing that across Canada, some 14.5% of people did not have a ‘regular healthcare provider’ in that year (I take this expression to mean a family physician). In other words, out of every 7 Canadians, 1 does not have access to a family doctor. It is important to note here that this data pertains to people who were 12+ years old.

It is also worth bearing in mind that looking at data for 2019 means that we are evaluating the performance of our healthcare system before the disruptions caused by the Covid-related restrictions became a factor. We can, therefore, call that period ‘normal times’.

In light of that, for the other provinces also, I am willing to assume that the current situation is worse than it was in 2019, perhaps significantly so (in view of the disruptions caused by the Covid-19 crisis).

This is undeniably a problem; the importance of access to healthcare at the ‘entry level’ of the system cannot be overstated. As with any other problem, we can hope to resolve this one also by diving into the data at a granular level.

Let us take a look at the StatsCan report from two points of view, viz.,

The lowest percentage of Canadians not having a family physician is in the 65+ age demographic (6.0% for males & 5.5% for females). These are the people who (largely) became part of the patient population a long time ago, when the healthcare system was performing adequately. They continue to benefit from their early entry in the system, i.e., before that system became overcrowded and (to use the term currently in vogue) overwhelmed.

The above logic is borne out when we look at the second-lowest percentage of Canadians who don’t have a family physician – it’s the 50-64 years age group. The numbers are 12.6% (for males) and 7.6% (for females). These are the people who entered the healthcare system when it was under stress, but was still holding up somewhat reasonably.

The highest percentage of people without a family physician were in the 18-34 age group (29.5% among males, 20.4% among females), followed by the 35-49 years age group (18.5% males, 11.8% females). Apart from the fact that these two age groups (combined) form a large majority of the workforce, it does not escape one’s attention that there is a heavier representation of recent immigrants in these groups.

The inevitable conclusion is that the immigration policy that determines annual quotas for immigration is not used as input for planning future healthcare needs. Given that this gap between two important policy areas is on no one’s radar, we can only expect the number of ‘doctor-less’ patients to grow progressively as time passes.

Of course, these patients do get medical attention – but that is often at the emergency department of a nearby hospital. This has the effect of overloading the hospitals. In my city of Brampton, the sole full-fledged hospital routinely handles twice the number of patients at its emergency department than it was designed for on a daily basis. This is clearly unsustainable – and becomes increasingly unsustainable as more and more immigrants arrive over time.

Compounded by the increases in Canada’s population by 77% in the same period, this means that the availability of hospital beds was 2.77 TIMES lower in 2019 than it was in 1970.

But when it comes to availability of ‘primary healthcare providers’ (physicians), the reality is the exact opposite. As this link of the World Bank shows, the number of physicians per 1,000 of population in Canada increased from 1.40 in 1970 to 2.44 in 2019.

This means that even after adjusting for the 77% increase in Canada’s population, the number of physicians was 74.30% higher in 2019 than it was in 1970. What, then, accounts for the fact that over 1 in 7 Canadians do not have a family physician?

Put more bluntly, how is it that when the supply of something almost doubled, there is still an acute shortage of that thing?

The (equally blunt) answer is that having a single entity in charge of a large and distributed system always works as a bottleneck. This becomes an even more acute problem when that entity is the government.

The above remark should not be taken as casting aspersions on the government / the people who work in it; it’s just the way that governments are meant to function. Let me illustrate that by an anecdote from my childhood.

One of our neighbors in my childhood was a family from Kashmir. I used to play with the children in that family. Over one summer vacation, their grandfather came over from Kashmir to spend the summer with his grandchildren. In India, summer vacation begins in mid-April and lasts till mid-June.

He was a retired civil servant. In those days, pensions were paid in cash, in person, every month. The pensioner had to produce a certificate from a doctor saying that the pensioner was alive. This rule was meant to prevent the practice of a deceased pensioner’s family from collecting his or her pension after the pensioner was no more (the term used was ‘ghost pensioners’, which was accurate in a macabre way). This document from the doctor was called ‘Living Certificate’.

When this grandfather returned to Kashmir in early June, he went to the pensions office to collect his pension amount for April and May. He was armed with the requisite Living Certificate from his doctor.

In South Asian culture, seniors often have the authority to be rude with younger people, so this grandfather replied, “You nincompoop, if I was alive in May, how could I have been dead in April?”

The clerk was distraught, “I know that Sir, but I need the certificate to attach with the payment voucher for each month. Without that document, my voucher will be uncorroborated, and I will get into trouble with the auditors.” (For anyone wondering, photocopiers had not been invented by then.)

The grandfather was left with no option other than to go back to his doctor and obtain another Living Certificate for the month of April.

In the anecdote above, the pensioner represented demand, the clerk represented the supply, and requirement for documents represented the delivery process. As long as the parameters of that process remained unmet, no amount of supply could satisfy the demand.

In this regard, it is worth reiterating that entrusting the delivery process for a large, all-encompassing system such as healthcare to a single entity, and that too an entity deeply wedded to procedure rather than to outcomes, is guaranteed to leave a large part of the demand unsatisfied.

Therefore, to the extent that anyone is surprised that Canadian healthcare fails to deliver, I would say that the surprise is that this is a surprise.

As I have noted several times in previous articles, one huge stumbling block in discussing public policy in Canada relates to the tendency of many Canadians to view the matter through a US-centric lens. This weakness is all pervasive, to the extent that even senior journalists and opinionators routinely drift into discussing the policies and/or events happening in the US, in a discussion about what Canada should do. Sometimes, I joke that if Americans want to find out what ails their healthcare system, and how to improve it, they should ask Canadians. We know all the shortcomings of their system in the most minute detail.

So, it is perfectly natural that the moment anyone says that having the government completely in charge of delivery of healthcare in Canada is a problem, most of the counter arguments will bring up the ‘horror’ that the US healthcare system is. I believe that we should be capable of discussing and deciding what is best in the Canadian context based on objective parameters of success. In the context of the current discussion, that parameter can be ‘We want 0% of Canadians to be without a family doctor’.

I wish to emphasize here that any proposed solution doesn’t much involve increasing the number of doctors; as we saw earlier, the per capita supply is nearly twice what it used to be half a century ago.

We can more profitably drill down on what is choking up the 74.30% higher ‘supply’ of physicians to the point where 14.50% of Canadians aren’t able to access that ‘supply’.

If I may belabor the point here, there is nothing wrong with the demand-supply equation here; so by a process of elimination, it is safe to say that the fault lies solely with the delivery mechanism. I think we can all agree that it is possible to discuss how to improve that mechanism without bringing in stuff happening in the US. Letting go of our obsession with the US is the first bitter pill that we will have to swallow if our healthcare system is to live up to our claim of being the ‘best healthcare in the world’.

There is one final point to make here. The astute reader will have noticed that I considered the current (2019) ratio of 2.44 physicians per 1,000 of population as sufficient (unless hampered by the delivery process) to satisfy the demand for family doctors.

Is that a valid assumption?

The good news is that it is not an assumption, at least not entirely so.

In my article ‘Canada’s Healthcare Crisis’, we saw from World Bank data that compared to Canada’s ratio of 2.5 hospital beds per 1,000 of population, Japan had a corresponding ratio of 12.0. That is nearly 5 times the capacity in Canada. We can therefore consider Japan as a good example to follow in terms of healthcare infrastructure.

According to the same source (World Bank), the ratio of physicians in Japan was 2.48 in 2018 (see this link). Canada’s ratio in 2019 was 2.44. So it appears that while we lag far behind Japan in hospital capacity, when it comes to physicians, we are running neck-to-neck.

I consider this to be my Q.E.D. moment; when it comes to primary healthcare, we have enough supply of physicians. The problem is caused by the method of delivery that we chose all those decades ago. If we believe in being in step with the times, we must take a cold, hard look at the shortcomings of that delivery method, and devise a better one.

I believe we still have some time (but very little) to set it right. We must swallow this bitter pill.