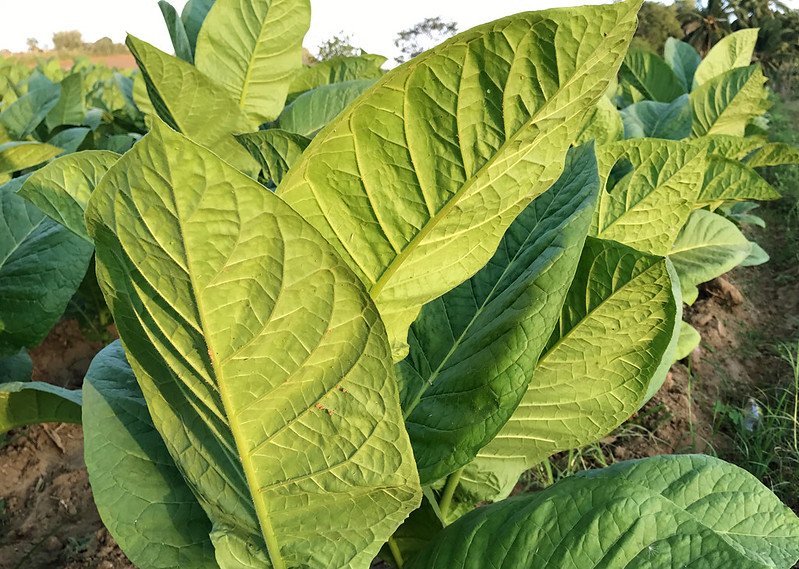 Current progressive doctrine treats some cultural beliefs as unchallengeable.  I believe this is white guilt masquerading as virtue, which will lead to erosion of scientific knowledge in our society. Also, this amounts to racism in a nicer garb.

Recently, a friend’s son had a session in his school where an indigenous Canadian made a presentation about their culture and knowledge. In principle, this is good thing, so no one can validly have an objection to it. However, part of the presentation included offering the idea that tobacco is good for health.

Upon hearing this, my friend was alarmed, and contacted the school to say that giving this message to primary school students was a bad idea. The school principal responded, according to my friend, with the dismissive statement that ‘It’s just a leaf’. The situation escalated from there, and the School Board ended up blocking my friend on social media. When she went over to the school, the authorities called the police to have her removed from the school premises. Later, she was removed as the guardian of her child from the school records. At one point, the child was also barred from entering the school; however, the authorities relented on this front and allowed the child to attend school. My friend remains blocked from communicating with School Board, including by email.

While this narration is based on input from only one side of the confrontation, it does raise several disturbing issues. Can a school (or the School Board) prevent a parent from communicating with them? Can they unilaterally remove a student’s guardian from that capacity? Answers to these questions could involve laws and regulations, and therefore can be provided by those who are familiar with the technicalities. As lay people, on the other hand, we can focus on what is arguably the more important question of how we evaluate beliefs and, where justified, add them to our repertoire of ‘knowledge’. After all, the contention that tobacco is good for health (or benign, as ‘just a leaf’) is a belief of a segment of our society. It should be possible to examine this belief in light of what we know elsewhere in the scientific field. Should such examination be allowed to happen? Or would it amount to racism / white supremacy / colonialism (choose your preferred descriptor)?

As chance would have it, within a couple of days of learning about my friend’s unhappy experience, I encountered a situation wherein I was able to ask the same question of myself.

One popular health supplement in India is called ‘Chyavanprash’. Most sources will translate this for you as ‘Gooseberry Jam’. I find this translation both easy and lazy. First of all, Indian gooseberry (‘Amla’) is very different from the gooseberry that we are all familiar with. More importantly, the paste that is made using Amla contains many more additional ingredients than just sugar. Indian culture is characterized by myriad variations of everything from dishes and concoctions to dialects and traditions. Accordingly, there are many differences in the ingredients that go into making Chyavanprash, depending on whose recipe you are looking at. The recipe that we have in my home lists 29 specialized ingredients (all of them are of plant origin), in addition to seven common spices such as cumin powder and cinnamon. These additional ingredients are used in relatively tiny quantities (such as 20 grams per 1 kilo of Amla), and each is supposed to bring its own special health benefits.

Chyavanprash is typically eaten in winter. Most Indian grocery stores in the GTA carry Indian brands of the thing. However, we decided to make it at home, using our family’s inherited recipe – but I was not sure if we would be able to get all the special ingredients. As it turned out, our local stores were carrying enough of them to allow us to make Chyavanprash at home. One of these special ingredients that we were able to get is called ‘Ashwagandha powder’.

Out of curiosity, I looked up Ashwagandha on Google, and discovered that it is called ‘Indian ginseng’ in English (the scientific name is ‘Withania Somnifera’). Its Wikipedia entry says that ‘there is no high-quality evidence that it provides any medical benefit as therapy or a dietary supplement’. Assorted websites claiming its medical benefits use the words ‘may’ and ‘could’ in relation to those benefits. On the other hand, the website of National Institute of Health in the US carries a report of a study that proved it to be effective in safely improving resistance to stress.

While this lack of clarity does not prevent me from adding Ashwagandha to our home-made Chyavanprash, I cannot help wondering as to what would happen if someone were to offer tablets of Ashwagandha as a dietary supplement in Canada. Would Health Canada approve the product? This brings us to the same question that arose out of my friend’s confrontation with her son’s school, viz. whether a piece of ‘cultural knowledge’ can be challenged on grounds of scientific validity.

On the ‘cultural belief’ side, there is the argument that in India, which has a population of over 1.3 billion people, the item has been used medicinally for centuries – perhaps even millennia. On the ‘scientific verification’ side, one would hope to see more than just one clinical study in order to arrive at a definitive conclusion as to its usefulness and possible downsides. If one were to draw a Venn diagram of these two sides, I find myself in the tiny sliver of overlap between the two: I would insist on more extensive verification of the scientific truth before such a tablet can be made available in the Canadian market, but at the same time, I have no qualms about adding it to my home-made Chyavanprash. This is because I am confident that the claims regarding the medicinal value of Ashwagandha can stand any amount of testing, and therefore that the claims don’t need to hide behind a government-mandated ‘protection’.

But the question is this: would such an examination be deemed racist etc. because it amounts to doubting a millennia old cultural belief of over a billion people?

Based on the incident with my friend, and other incidents that we hear about from time to time, I am inclined to believe that it would very much be, at the very least, fodder to the brigades of Social Justice Warriors. To be clear, I have nothing against that particular battle being waged. Societies are, in my opinion, market-places for competing ideas. What bothers me in the case of my friend’s experience is that institutions of the State are becoming active participants in the contest. What makes it worse is that they are using the coercive power of the State to impose one particular set of ideas on society. The school / School Board, by blocking my friend from communications, removing her as the guardian for her son, and enlisting the help of the police, were using coercive force in order to impose the beliefs of one side in the contest on someone who was on the other side.

What this tells me is that we now have State that, instead of being an arbitrator in disputes between parties, is itself a party in these disputes.

Given this situation, it is incumbent on us to ponder where that leads us as a society.

I think there are two main sources of power that are of opposite nature to each other: on one hand, we have the familiar adage that ‘Knowledge is power’ (usually attributed to Sir Francis Bacon), while on the other hand, Chairman Mao of China articulated its opposite roughly half a century ago, ‘Power flows from the barrel of a gun’.

One of the fundamental tenets of the notion of a State is that it has, or seeks to have, a monopoly on the use of force. I contend that the extent to which a State exercises its monopoly on the use of force is a reflection of how civilized a society is. One simple example of this can be found in the moral superiority that we feel because Canada doesn’t have capital punishment on the books anymore; it cements our opinion of our society as being more civilized than many others.

However, if we are to have a society where the State derives its power from knowledge, rather than force, it is imperative to allow challenges to ideas, whether they are presented as ‘knowledge’ or otherwise. In this context, I am reminded of a comment that I came across on social media recently saying that the ‘cultural knowledge’ of non-white people is increasingly being treated as unfalsifiable.

By deploying the coercive power of the State, via its monopoly on the use of force, to prevent challenges to ideas and thus make them unfalsifiable, we are making our society less civilized. This is bad enough – but, unfortunately, the ill effects go even further.

THE NATURE OF KNOWLEDGE

It is important to note here that not all of the bits of knowledge that were discarded were disproved. Often times, the uses attached to the knowledge were no longer required, at least on a large scale (e.g. how to make a good buggy whip).

As the State imposes restrictions on what bits of knowledge can or cannot be challenged, this process of accumulation and the concomitant shedding of knowledge gets hampered.  The pool of knowledge stagnates, and with the passage of time, bits of knowledge which were perfectly valid at some point become obsolete (e.g. how to make a good buggy whip). Therefore, the amount of usable knowledge depletes.

Human history is, among other things, a tale of competition between different groups of humans for gaining dominance over the other. The group with greater knowledge prevails. By interfering with the process of accretion and discarding of knowledge, we put ourselves at a survival disadvantage as a society.

STING IN THE TAIL

Societal decline happens over long time-frames. In the shorter term, the victims of the policy of making ‘knowledge’ unfalsifiable are the same groups that the policy seeks to protect. By encouraging them to continue to adhere to their beliefs unchallenged, the State stymies their growth and evolution in knowledge terms. It has become popular, of late, to blame the State policies of the past as having been motivated by racism (and many of the policy were worthy of such blame). Defenders of these policies often claim that these were intended for the benefit of the groups on whom they were implemented / enforced.  As I see it, the current policy of making ‘cultural knowledge’ of non-whites unfalsifiable falls in the same category. The policy may be popular among many Canadians now, but history will judge it as being racist.

Arguably, this new racism is worse than its previous iteration. Whereas the previous policies in history, such as wrenching people – children and adults alike – from their families and communities were caused by the ‘white savior complex’, the new ones are not only motivated by ‘white guilt’ over those policies, but also carry a heavy dose of the same ‘white savior complex’, in that non-white communities are assumed to be incapable of (a) defending their ideas without State support, (b) updating their knowledge in light of new discoveries since that knowledge was formed, and (c) dealing with the emotional impact of their knowledge being disproved. Therefore, the policies of the current times are doubly worse.