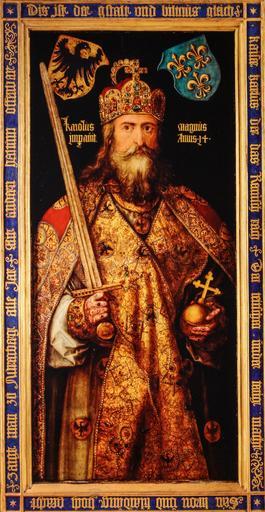 Over the last few days, news of various politicians having travelled abroad has come to light, causing much public resentment. While overseas travel has not been prohibited, it surely rankles many that the same politicians who have imposed a crippling locked down on people, citing the health risk of person-to-person contact, are moving around unhindered. To make matters worse, some of them posted misleading messages on social media that created an impression that they were at home in Canada.

Public defence of these travels, to the extent that it exists, has settled mainly around the argument that the restrictions relating to Covid-19 do not prohibit international travel, and secondarily on the facts that the travels were undertaken in order to visit an ailing, elderly relative (in the cases ofMP  Niki Ashton, NDP and MP Sameer Zuberi, Liberal), or to attend a funeral of a close relative (MP Kamal Khera, Liberal) . This brings to a thorny issue, one that we saw in the SNC-Lavalin case, to the fore once again: are the duties that our elected representatives owe to us restricted to those that are merely legal? Public opinion is nearly unanimous that they extend to the amorphous yet vast territory of ethics, and beyond that, moral duty. Particularly when many Canadians were prevented from visiting their ailing – and sometimes dying – parents, grandparents and other relatives, the defence sounds very hollow. Those who simply went on vacations to warmer locations deserve every bit of censure that they get.

Some of the MP’s in question have either stepped aside or been removed from the additional duties that they had in addition to their basic function as MP’s. While there is an ameliorative element there, these MP’s etc. continue to receive their regular salaries and to accumulate their pensions (where applicable). At a time when very many Canadians are facing near-certain financial ruin due to the restrictions, the undeniable unfairness of the current financial arrangements carries the additional element of sting.

Normally, one would expect public reaction to such news to break down neatly along partisan lines. However, the ‘culprits’ in these cases belong to all the three main political parties of Canada. If there is a silver lining to this development, it is that it forces Canadians to think along non-partisan lines.

Public frustration over the matter is exacerbated by the fact that there is absolutely no mechanism, whether political or cultural, that allows for remedial action in Canada. This should cause concern for the long term consequences of abuse of power and/or position by politicians; if people don’t get closure for their grievance, the resulting resentment is bound to accumulate and boil over at some point. As it is, there is always an undercurrent of public opinion that politicians are ‘in it for themselves only’ (often tampered by party affiliation). However, political correctness dictates that in the open, we all say that most of them have a genuine commitment to serving the public. Since no scientifically compiled empirical data exists on the matter, public mood swings based on anecdotes. A sufficient number of anecdotes (about a dozen in the present case) in a tight time-frame of one week or so suffices, in the court of public opinion, to prove the hypothesis that they are all selfish. The fact that all politicians have a habit of holding forth on their commitment to public service is seen as hypocritical highfalutin. Their preachy admonishments to the hoi-polloi add to the sense of rage in the public.

A political mechanism in this context would mean a legislative arrangement that makes it possible for the voters to recall their elected representative. I believe that this episode in the Covid-19 saga provides us with an opportunity to push for such legislation to be put in place for all the electoral jurisdictions in Canada. Failure to do so would bring into play the ‘cultural mechanisms’ that I alluded to above. Let us take a look at how these mechanisms work, and why they are less desirable.

In the early 1970’s, an election in my native state of Gujarat brought Chiman Patel to power, and he assumed office as Chief Minister of the state in July 1973. He belonged to the Congress Party, which had ruled, both at the federal and state levels across India, since independence in 1947. Inflation had already been running high for several years, causing the prices of food to spike. The ‘word on the street’ was that Mr. Patel had received much funding for elections from the ‘oil lobby’. This consisted of producers of peanut oil, which was the most common cooking medium then, and continues to occupy a dominant role in Gujarati cooking till now. Once he had won, he allowed these producers (again, according to the ‘word on the street’) to raise the price of their product. This was my first experience of rampant inflation. Peanut oil (they call it ‘groundnut’ instead of ‘peanut’ over there) was typically sold in a large tin, with the product weight of 16.5 liters (I have never understood the reasoning for this odd quantity; later it was reduced to 15 liters). Its prices went up from 63 rupees to well over 160 rupees in a matter of months.

In December 1973, engineering students at Gujarat University in Ahmedabad were shocked to learn that the fees for food at their hostel had been increased by 20%. This led to protests at the engineering faculty, and in a couple of weeks, they spread to the entire university. Police were called in, and there were clashes between the protesters and the police. This only caused the conflagration to spread to other cities and towns in the state. It had acquired a name by now – ‘Nav Nirmaan’ (reconstruction).

The protests soon went out of hand, and much damage to public property ensued. For the first time in my life, I saw public transit buses being burned and buildings such as schools and government offices trashed. Within a little over a month of the spark at the engineering faculty, the army had to be called to restore peace – but not before some protesters had been killed in police firing. In early February, Mr. Patel resigned as the Chief Minister. The State Assembly (what we call ‘Provincial Parliament’ here) was suspended, and direct rule from the federal government (called ‘President’s Rule’) was imposed. Out of a total of 167 members of the Assembly, 140 had belonged to the Congress Party. Some of them resigned their seats, and pressure mounted for the rest to do likewise. By March, a total of 95 members had resigned, including those from the opposition parties. In the same month, the Assembly was dissolved. After some further wrangling, fresh elections were held in June, 1974 – which the Congress went on to lose; it secured only 75 seats out of a total of 167 – a drop of 46% in the number of seats held by the party. A coalition of several parties that had been in opposition earlier secured 88 seats, and formed the next government. Its tenure would last only nine months. The election that followed brought the Congress Party back to power, with a majority. Another leader, Madhav Singh Solanki, became the Chief Minister. Chiman Patel was no longer with the Congress Party; he tried to re-enter politics by founding another party, but his efforts came to naught.

According to official figures, the Nav Nirmaan agitation resulted in 100 deaths, plus injuries to up to 3,000 people. Some 8,000 people had been arrested on various charges. The success in the efforts to unseat an unpopular Chief Minister who was also widely seen as being corrupt had come at a high cost. I wonder what course the events would have taken, if ‘recall legislation’ had been in place.

In my opinion, ‘recall legislation’ functions as a pressure release valve, in addition to their role in providing redress for the actions of an elected representative. The offending person is removed from the structure of government, in the interest of ensuring that the rest of the structure can continue to function normally. When it is not possible to release the pressure, it builds up, and leads to unpredictable eruptions. While these eruptions may or may not achieve the desired result, they certainly do cause much disruption and damage.

It is worth noting that the developments in Gujarat, while disruptive and costly, were still within an environment where elected governments and representatives were answerable to the people. They may have dilly-dallied, but in the end they had to yield to public sentiments. In any other parts of the world, this is not / has not been the case. This only causes the pressure to build up to even higher levels of intensity, and the eventual eruption is often much more violent and costly.

As the famous sci-fi author Sir Arthur C. Clarke noted, ‘it’s difficult to predict, especially the future’. Just a year ago, it would have been unthinkable that our society would be under varying levels of lockdown and restrictions, and that too for such extended periods. It would have been equally inconceivable that in a mature democracy like Canada, governments at all the three levels would enact rules that amount to cases of overreach of authority. The combination of extreme economic hardship and resentment over the regulations forms a potent mix. Adding the undisputed evidence of arrogant disregard for restrictions that are placed on everyone else could have the effect of igniting this mix.

Canadians are a peaceful lot – to a fault. Some would even call them docile. But they are also human. When the unfairness of it all becomes too much to bear, they may be forced to restore a semblance of fairness by any means available to them. The most civilized of these means is ‘recall legislation’. Let us start asking for that arrangement of redressing grievances now, before the ‘especially unpredictable’ future arrives. If we don’t, then as the towering intellectual Nani Palkhiwala used to say, ‘Time has a drastic way of dealing with fools’.