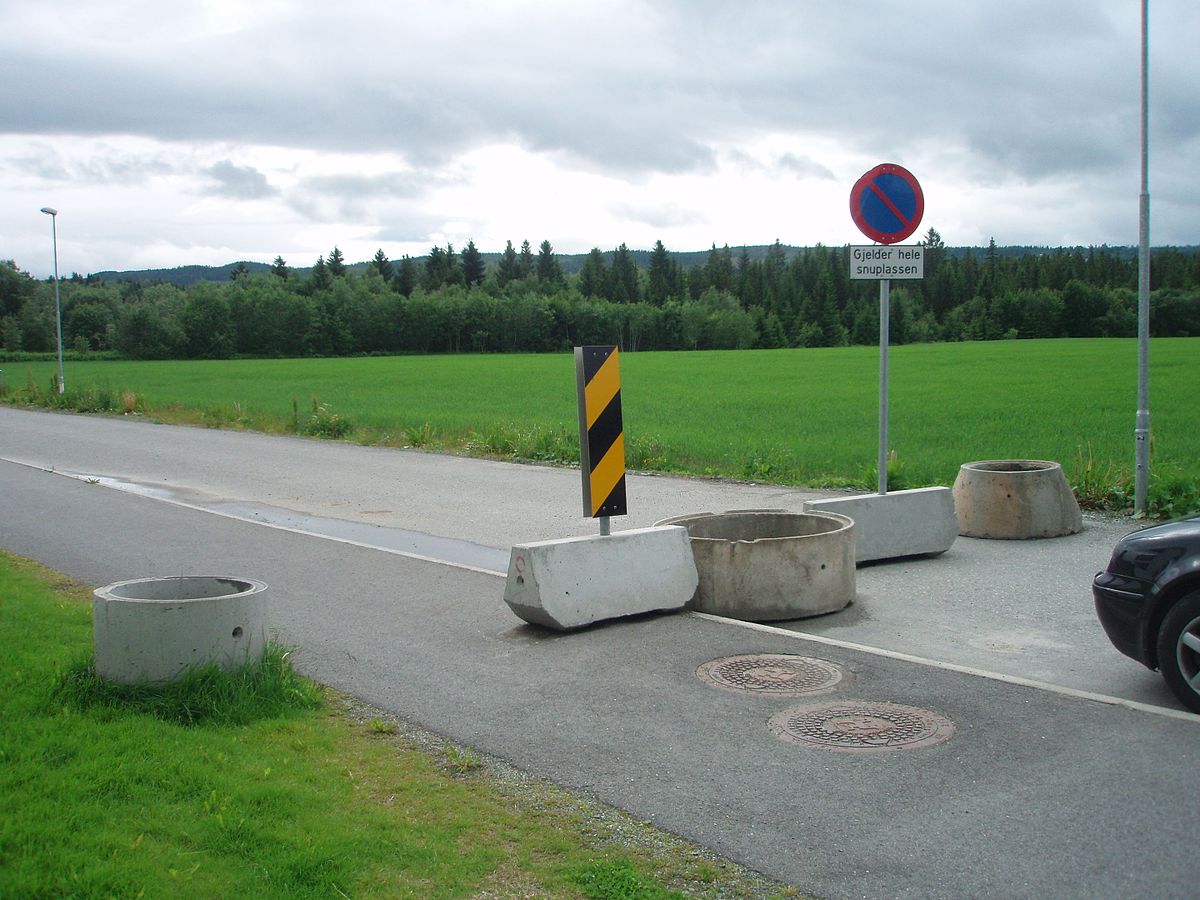 (Image Credit: Author Marius Aune via Wikimedia Commons; the image is at this link. Used without modification under Creative Commons Licence)

The recent mass-murder tragedy in Saskatchewan should lead us to introspection & reforms of the judicial system. But we have opted to put too many restrictions on debating the issue frankly, so these reforms won’t happen.

One of my earliest memories in Canada is that of a bus ride where the route passed a large construction site. The construction was nearly complete, and the sign said that it was a ‘correctional facility’. From the looks of the structure, it was apparent that the place was a prison. I was unfamiliar with the use of the term ‘correctional facility’ for a prison and wondered about the reasoning behind the usage. Having no other source to guide me in the matter, I was left to figure this out on my own. My first reaction was negative – it felt as if the implied message was that there was something wrong inside the imprisoned persons that those running the facility could fix, somewhat like fixing a malfunctioning car or machine. On further reflection, however, it appeared like this was a good approach to take so people could bring their lives back on track as law-abiding citizens. I imagined that the prison inmates in Canada were being guided, possibly including training in a suitable line of work, so they could become productive members of the society by the end of their incarceration. This thought was pleasing. But then I remembered a conversation about Canada that I had had with one of my colleagues in the UAE.

This colleague had relatives in Vancouver and had just paid them a visit. I was preparing to immigrate to Canada at the time, so I asked him about his experiences. Among other things, he said that in Canada, if someone breaks into your house and inflicts violence on you, and then if you hurt them in self defence, you may be charged for a criminal offence. At the intuitive level, I found this to be an appalling inversion of justice (I have since then refined my stance as ‘Self-defence is the first human right; all the other rights of an individual amount to naught in its absence’). I tried arguing with this colleague, and he shrugged, “Mr. Darshan, that is the law they have over there, whether you like it or not”.

After nearly two decades of living in Canada, and thus having the advantage of on-the-ground observation, it appears to me that the key factor in the issue is one of deterrence. Specifically, there should be enough deterrence to discourage people from committing crimes. Normally, the State is supposed to have a monopoly on the use of violence (which provides the deterrence) – but the State cannot be everywhere all the time. Therefore, when someone decides to violate the State’s monopoly on violence, the person(s) affected by this are supposed to have the right to assume the State’s role and counter that violence with violence of their own. To put a fine point on it, the would-be victim’s violence is supposed to provide the deterrence in the absence of the State.

When we take away this ‘fall-back’ deterrence, what impact does it have on criminal behavior? I posit that it is the opposite of ‘deterrence’ – perhaps we can call it ‘encouragement’, but I am not too sure of the exact term that describes this. Regardless, removing deterrence for criminal activity is antithetical to the whole idea of ‘corrections’; the best ‘correction’ is when the person refrains from committing criminal acts, whether voluntarily or otherwise. It appears to me that we have settled for an arrangement where we have increased the scope for people to commit crimes, and then pretending that we are ‘correcting’ their behaviour in our prisons. In other words, we have collectively agreed that cure is better than prevention.

The first time I followed the news and commentary in a legal / criminal case involving an Indigenous person was the case of Colton Boushie, circa 2017. Even without taking sides in the case (because I didn’t know anything about the issues involved), it was amply clear to me that the involvement of an Indigenous person in the case made it loaded with tons of emotion emanating from the historical baggage of Canada. I wondered how this could be conducive to an objective assessment of the case. To make matters worse, soon after the jury verdict acquitting Gerald Stanley (the accused in the case), both Prime Minister Justin Trudeau and the then Justice Minister Jody Wilson Raybould made public statements to the effect that ‘we can do better’. As I learned from people much more knowledgeable than I in the matters of law, this statement had the potential to vitiate any appeal of the verdict. I don’t know if this amounts to interference in a judicial matter before the courts or not, but I am fairly convinced that it was unhelpful of them to create a situation where a common meeting ground between conflicting ideas became a bit smaller. If we genuinely want there to be less crime in Canada, this common meeting ground is of vital importance. From that perspective, their statements were a disservice to Canada.

Since then, from time to time I have seen reports of people who were out on parole and were once again charged with criminal offenses. Sometimes, the original charges related to gun-crimes. We can safely say that this is a common occurrence across all the jurisdictions in Canada. There is, of course, the aspect of public safety involved in cases like these – and more so when one individual shows a repeated pattern of such behaviour. From a management perspective (which is sadly lacking in most of our government institutions), the obvious question is: What are the repercussions of these post-parole crimes on the officials who granted the parole?

This question is by no means the product of some epiphany on my part; a lot of people ask this publicly, especially on social media. In the jargon of HR, we are essentially talking about ‘KPI’ (Key Performance Indicators) here. Does anyone in the government track the record, in terms of making the correct call, when the people on the Parole Board decide that someone deserves a second chance at proving themselves to be a law-abiding citizen? In the HR / performance appraisal setting, the dialogue could go somewhat along the following lines:

Parole Board Member: “(The reader will insert their own version / imagination of the answer here).”

The question that I – and a lot of Canadians, I am sure – have is, does this dialogue happen? And if it does not happen, how can Canadians put pressure on their elected representatives to get to a point where it does happen? Is our democracy mature enough / effective enough for this public pressure to work?

According to media reports, one of the two men who went on a killing and stabbing rampage in Saskatchewan had been convicted 59 times over the past 13 years. That works out to an average of 1 criminal conviction every 80 days or so. With that kind of a record, it beggars belief that the members of the Parole Board, in their infinite wisdom, genuinely believed that the man did not pose a threat to public safety. One particular question that no one has asked – probably because the information is unlikely to be available – is that since these convictions were ‘earned’ by this individual between the ages of 18 and 31 years, did he have any convictions before he attained the age of maturity?

It is possible – indeed, one hopes – that there will be an investigation of the decision of the Parole Board in this tragic case – and that is exactly where our problem lies, in my opinion. An investigation becomes necessary in one case due to the disastrous impact of the decision to grant parole to an individual PRECISELY BECAUSE there is no ongoing process that evaluates such decisions as a matter of course. Just as letting off criminals without (serious) consequence for themselves abets their increased criminal activity, the lack of an appraisal process and career consequences for the members of the Parole Board incentivizes them to treat public safety as a secondary concern.

In a nutshell, the issue here is one of ‘accountability’. Normally, when we say that ‘there needs to be more accountability in government’, we mean the elected government. However, ‘government’ also includes the various non-elected arms that form the State apparatus, and people are affected in equal measure by the actions (or inaction) of the non-elected side of the ‘government’. This effect has been fatal for many people in the Saskatchewan case. Following this tragedy, if this government wants to be accountable to Canadians, it needs to bring in a mechanism to ensure accountability in the Parole Board (and the justice system, generally).