Strangers To The Dispute 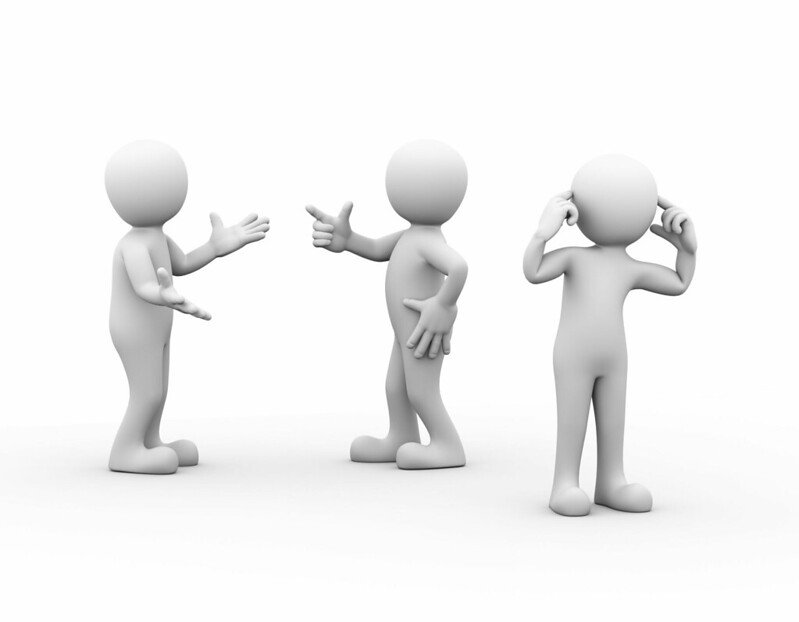 One crucial challenge in discussing First Nations issues is that many Canadians lack sufficient familiarity with the factors involved. This raises the probability that their well-meaning stance may be counter-productive.

In my recent article ‘Proceeds Of Crime’, I mentioned my idea that everyday Canadians should mobilize to crowd-fund to pay for the post-secondary education of First Nations students. One reader pointed out that there already are special bursaries for First Nations students, so the idea of crowd-funding was redundant. Another reader corroborated this by saying that his two Metis daughters had availed of these bursaries such that their tuition had not cost him anything. Seeing this feedback, I realized that my suggestion had been based on faulty / incomplete knowledge of the facts around the issue.

This mistake on my part perfectly exemplifies one crucial challenge in discussing – and hopefully resolving – the problems besetting our First Nations: lack of familiarity with relevant facts among large sections of the Canadian population. One major component of this challenge lies in the fact that an ever-increasing proportion of this population consists of recent immigrants. A combination of factors, including an alien environment, the initial struggle to establish their careers and the lacunae of our multiculturalism policy etc. result in very little time being available to immigrants for familiarizing themselves with the history and nuances of this complex set of issues.

At the same time, immigrants are increasingly expected to become allies of the FN (as a constituent group within the BIPOC umbrella) and lend their voices to demand for resolution of their problems. Among those who ‘heed the call’, there is a preponderance of individuals whose relationship with the State in their country of origin was an unhappy one. In addition, there is a tiny but energetic presence of young people – whether first- or second-generation immigrants – who nurse political ambitions. What all of them lack in information and knowledge, they more than make up for in enthusiasm stemming from predilection. Their participation on the side demanding resolution of FN issues can best be summarized by quoting these words of James A. Michener: “They were not prepared, but they were ready.”

The task before me, therefore, is to be prepared. But that is easier said than done; the twists and turns on the road to knowledge can get confusing. This article describes my personal journey so far.

STRANGER ON THE SHORE

During my initial years in Canada, my work required me to interact frequently with two First Nations individuals. One was a white collar professional who had her own practice, and the other worked at the drop-off counter of a major courier company. Our interactions wouldn’t have been different by even an iota if these individuals had belonged to any other race. On a personal level, the lady at the drop-off counter was always cheerful, while the professional lady could be gruff at times, depending on her mood. I learned that the professional lady was First Nations only because she mentioned it; her appearance didn’t offer any clue in that direction. By contrast, there was no mistaking the Asiatic features of the counter lady.

Then, about a decade ago, we went on a family trip to a place called Sainte Marie Among The Hurons on a summer weekend. It is the site of an early settlement of French immigrants (mainly of the clergy and the military) that has been preserved / restored / reconstructed. Several staff members were attired in the garb of the settlers, including one person as a soldier, complete with a saber and a musket. The premises also include a longhouse that was meant for the indigenous people of the area. The guide told us that they were of the Wendat tribe. I asked him if Wendat people still inhabited the area. I was told that they were absorbed into the Iroquois confederation following a series of battles between the two. However, the relevant page on their website says that “The Huron Wendat was an association of Iroquian speaking groups”, without making any mention of the Wendat and the Iroquois being separate groups at some point in time. The former appear to be a subset of the latter.

The Wikipedia page on the Wyendot (an alternative spelling for Wendat) people says that today, they are a recognized tribe based in Wyandotte, Oklahoma, in addition to having a reserve in Quebec. The page goes on to say that “They (the Wendat / Wyandotte) were dispersed by the war in 1649 waged by the Iroquois (Haudenosaunee), then based largely in New York and Pennsylvania.” This tells me that the Wendat / Wyandotte and the Iroquois were two different peoples, contrary to what the website of Sainte Marie Among The Hurons appears to suggest. Beyond that, the information also throws up an interesting observation:

The territory stretching from Quebec to Oklahoma is about half the east-west length of the continent of North America. If people move their area of habitation across such distances – whether in search of opportunity or as a response to threats / setbacks – how do we distinguish between ‘native’ and ‘settler’? Conventionally, the term ‘settler’ is applied (in the Canadian context) to those who had to cross an ocean in order to inhabit a new area. I can understand if we don’t apply that term to First Nations when their move was a result of coercion by the British colonial / Canadian government, but a question does arise as to its use in other cases. However, in the socio-political environment in Canada, asking that question would be akin to making a vulgar remark while one is in polite company. Of course, this doesn’t stop many people – mostly ‘old stock’ Canadians – from bringing it (and a few similar points) up in public debates. I have been around many such online debates, mostly as a silent observer. The sheer fruitlessness of these debates leads us to a very useful conclusion. Or at least, it is potentially useful, if we are inclined to reach it.

There are times when I think that some people are reacting defensively when they make comments invoking the wars / battles between Native tribes (both before & after the arrival of Europeans), or when they say that ‘the Natives weren’t exactly singing Kumbaya’. I get the same thought (that the argument could be ‘defence mechanism’ at play) especially when some claim that when the British Empire outlawed slavery, the highest number of slaves in the territory that would later become the country of Canada was owned by the Natives (I haven’t bothered to verify if the claim is true or false, for reasons that I shall outline at the end of this article).

I often get a sense, witnessing these debates, that their whole objective seems to be to engage in a ‘competitive accusations’ game. For the most part, these accusations relate to actions and behavior from long ago. As I wrote in my earlier article ‘Structural Dysfunction’, “… the arguments on both sides were frozen in time”. I have found this frustrating in the extreme. What I want is information regarding the current problems that our First Nations are facing. And by ‘current problems’, I don’t mean (for example) the vague mentions of boil-water advisories that we see from time to time (even a list of the Reserves / places where these are in effect counts as ‘vague’ in my definition). Even reports of the human suffering (like this CBC story on the mercury poisoning at Grassy Narrows), while highly necessary, is not sufficient; what we need is published information on the remedial measures, with follow-up on their implementation.

In June 2017, the government of Ontario announced $ 85 million in funding to clean up the river that the mercury was dumped into half a century ago. When making the announcement, then Environment Minister Glen Murray said, “This really is a historic day in Ontario. The funding is there and it’s going to be spent right away.” But I am unable locate any report of how – or if – the money was spent. As far as I know, the problem still exists more or less to the same extent that it did before the funding was announced more than four years ago. Has it been spent, to no beneficial effect to the community in Grassy Narrows? It is up to the media to highlight the story in a follow-up – whether that story is one of success or failure – because unless and until they do, Canadians won’t know what is happening there.

As a first generation Canadian struggling to get a proper understanding of the issues affecting Canadians, this lackadaisical attitude of the national media adds to my challenge. It feels as if our mainstream media is in a near-permanent state of low tide when it comes to certain issues, with the First Nations issues being among them. The only time when the tide turns somewhat – for fleeting moments – is when political priorities make it necessary to give a nodding acknowledgement to these issues. By the time they make a grudging effort to give some coverage to an issue that has managed to rise to the surface from underneath a mountain of debris of similar issues, that fleeting moment has passed. All that I end up gaining over the years, therefore, is a very patchy understanding of things that are often literally life-and-death issues for my compatriots.

So here is my wish list of what I wish to see happen (and the reason why I haven’t tried to verify if or how many slaves were owned by First Nations):

I truly believe that following these five steps would, at the very least, keep Canadians better informed as to the FN issues so they can participate in debates more meaningfully. Beyond that, one would hope that doing this would also enable successful resolution of these issues. Like all immigrants, I came to Canada as a stranger to these disputes, unaware of their existence. The only way that I can be an ally in a meaningful sense is if I am treated like one.