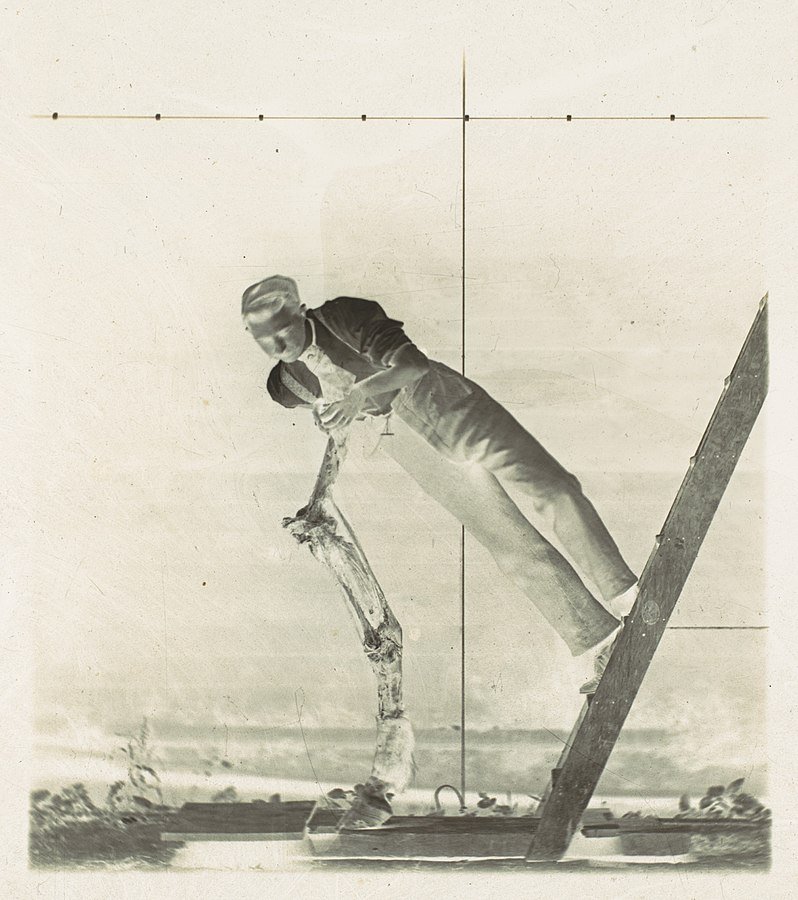 (Image Credit: ‘Man On Ladder’ from Wikimedia Commons; the image is at this link. Used without modification under Creative Commons Licence)

Canada’s history with Indigenous people is starkly at odds with the vision that is sold to would-be immigrants. The shock of discovering this chasm affects immigrants in ways that are detrimental to our society’s future.

Recently I met with Ontario NDP MPP Sara Singh to see if we could work out a plan to push the Ford government to begin implementation of the mercury remediation plan at Grassy Narrows. During our conversation, she said words to the effect that even new immigrants to Canada are ‘settlers’.

Having explored this definition in an earlier article (‘Locals, Settlers and Interlopers’), I have a completely opposite opinion, but I let her comment slide so as to avoid digressing from the objective of my meeting. As I left her office, though, I couldn’t help but wonder what kind of an effect such terminology is likely to have on new immigrants.

As far as I have observed, this kind of use of the term ‘settlers’ hasn’t been commented upon, let alone studied or analyzed. But if we think about it, it is relatively easy to see how the different components of this (let’s call it) ‘school of thought’ can be organized to at least consider the possibility of their cumulative adverse impact on the minds of immigrants.

Before we do that, however, I must point out that whether this act (of keeping the components in separate compartments of the narration) is deliberate, or intuitive or inadvertent is irrelevant in our present context; our objective here is to try to ascertain their impact, as opposed to trying to divine the motivation behind keeping them separate.

Here is my way of arranging these components:

The conclusion from the above premises, if stated in clear and categorical terms, would be mortifying to most new immigrants (and perhaps all of them):

Every new immigrant to Canada is as culpable of genocide against the Indigenous people as the European settlers of yore.

This conclusion is especially more psychologically damaging because in our current social atmosphere, the entire emphasis is on assigning blame; taking practical steps to alleviate the impact of the genocide of Indigenous people is beyond the boundaries of popular discourse. Therefore, there are no avenues that are readily available for an immigrant to atone for a ‘sin’ that they did not even commit.

I do not mean to imply that immigrants are not intelligent enough deduce the above-mentioned conclusion – at least at the intuitive level. I am sure that many of them are capable enough to arrive at that conclusion. To the extent that they do, they must find ways of coping with the guilt associated with the realization. Here are some of the ways that I am able to hypothesize:

The above is, of course, my list. It is by no means an exhaustive one – or even a correct one for that matter. Regardless of any other list that readers may have of their own, I think it can be stated confidently that what can be objectively characterized as ‘action’ will not be on anyone’s list.

The culture that develops from these methods of coping can be described, in a nutshell, as words backed by inaction.

Depending on the method chosen by an individual, their ‘bottom line’ in the discussion is one (or more) of the following:

Normally, in the context of problems that have persisted for long enough to become ossified, we say that solving them requires ‘fresh blood’.

In that regard, it is especially concerning – nay, disastrous for Reconciliation – that the nature of dialogue on the subject and our current social atmosphere is such that it corrals new Canadians (i.e., the ‘fresh blood’ in Canada) down the narrow confines of a rigid narrative and flexible definitions to a place where their contribution to resolving the problem is a continuation of inaction on an issue of grave significance for a healthy society.

Before they immigrated to Canada, immigrants were sold a vision of a land where there are rivers of milk & honey. When they realize that these rivers (if they exist for them personally at all) are in fact laid on top of the rivers of Indigenous blood and tears, they deal with this disturbing discovery by either latching on to pre-packaged arguments or by creating their own version of reality. In either case, the (possibly unstated) objective is to absolve themselves of the mess.

Why this matters crucially is because, as we all know too well, the very first requirement for solving any problem is that we accept all the facts attached to that problem. By classifying new immigrants as ‘settlers’, in an environment where the term ‘settler’ has grave connotations of guilt of an extremely nefarious kind, we predetermine their response, which will necessarily be of a defensive kind, given human nature.

The need of the hour, therefore, is to get rid of this terminology, so that we can all come together as Canadians and work towards a real solution to all the problems besetting the Indigenous population. In any case, as I showed in my article ‘Local, Settlers and Interlopers’, not a single Canadian in the present time is a ‘settler’. That category vanished when the land that we now call Canada was ‘settled’ as Canada. Let us not recreate that category. In the present time, it is a counterfeit entity. More importantly, its existence threatens the very objective that its proponents claim to champion, viz., Reconciliation.