A Race Ahead Of Us 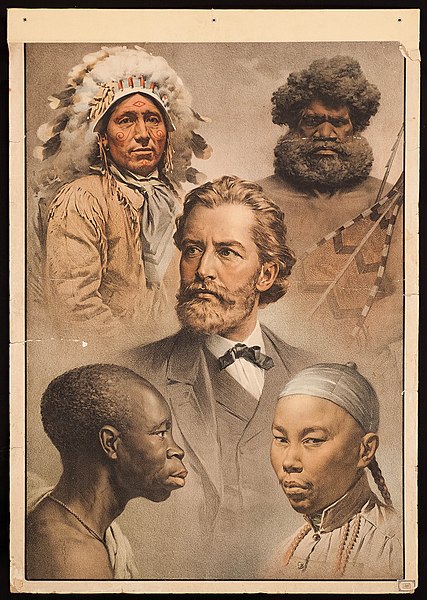 On the day I landed in Nairobi, I learned that the ‘work permit’ that had been sent to me was sufficient only to allow me to enter Kenya. Post-landing, my passport would have to be stamped with the formal work permit, followed by the issuance of an identity card. All Kenyan citizens were required to carry their National Identity Card when in public. Non-Kenyan citizens on a long term visa such as a work permit were issued another type of identity card that was, in complete violation of political correctness, called ‘Alien Card’. I was told that I would be able to start work only after these formalities were completed, which was expected to take a few days.

On one of these days, Eric, who was to be my assistant, came over to my apartment to give me a background briefing. He had worked with the company for a long time, and had been holding the fort pending my arrival. As he was leaving, I accompanied him to the gate of the apartment building. All residences were surrounded by a compound wall that was encrusted with broken glass at the top. Some also had barbed wire mounted atop the wall as added security. On the way to the gate, we passed the watchman. Eric exchanged a few pleasantries with him and once we were out of his earshot, said to me that the watchman was from the Luo tribe. Having read Alex Haley’s Roots, I was aware that ethnic Africans could tell another African’s tribe by their appearance.

“You can tell from his face?” I asked.

“Yes, and especially from his nose.” Eric replied, and added that Luo’s were generally reliable as watchmen, while people from some other tribes were not. I asked him how many tribes were there in Kenya. He said that the number was more than thirty, but some of them were not well-adjusted to life in a city; they were happier ‘out in the bush’. It was a phrase I would hear often.

A couple of months later, another colleague of mine arrived from India. He was more than twice my age, so in Indian custom, I appended the word ‘Saab’ (the British spelling of the same word is ‘Sahib’) to his last name, and addressed him as Ray Saab. Initially, we shared my apartment. There was nothing to do in the evenings as the law & order situation was not good, especially for newcomers, so we spent the time chatting. He was a smoker and rolled his own cigarettes, for which he had brought cut tobacco and paper from India. I had seen that he was very hesitant to shake hands with ethnic Africans, and one day I asked him the reason.

“Because they eat beef with the same hands.” He replied.

“But they eat with knives and forks.” I pointed out.

Instead of responding, Ray Saab busied himself with rolling a cigarette. To avoid further awkwardness, I brought up my previous employment in India for discussion. At some point in the ensuing discussion, he said that in his youth, he had accepted a job in the southern Indian state of Tamil Nadu. His colleagues had treated him with discrimination because he was not a south Indian. He said that because of the dispute over the Hindi language, Tamils resented north Indians. Within a couple of months, he had got frustrated enough to quit his job and move back to his city. It took him a while to find another job.

LURKING IN THE SHADOWS

One evening, we had to work till late, and my boss, who was also the owner of the company, told me that it would not be safe for me to travel back home alone. He said that his personal chauffeur Musyoki would drop me off. I wondered aloud as to whether that would not expose Musyoki to the same risk. My boss laughed. Even though Musyoki was retired, he was strong enough and fit enough to take more than reasonable care of himself in any situation.

It was nearly dark as we turned on to the tiny street on which my apartment building was located. Musyoki noticed three men sitting on their haunches under a tree, and stiffened.
“What are these Maasai’s doing here?” He asked, almost rhetorically. He was tense.

I knew by this time that the Maasai were a nomadic tribe, with a distinct and warlike culture.

I had not noticed the men earlier, but now observed that they were dressed in the signature ethnic garb of the Maasai, which was unusual in the capital city. I asked him what made him apprehensive.

“Maasai not good. Not safe for you.” He said.

By this time, we had reached the entrance to my apartment building. I bade Musyoki good-bye and good night.

Shortly thereafter, I noticed that Ray Saab had become used to shaking hands with Africans – even African women. Earlier he had been using the Namaste gesture. Although people from the Indian subcontinent had been living in the region for almost a century, the gesture was alien to most people. His capable right-hand man Charles, a gentle giant, had eased him up. This is an important point.

There was an undercurrent of animosity between Asians (as South Asians are known there) and Africans, mainly on account of economic disparity. There was a widely shared opinion among Africans that Asian businessmen exploited the Africans, and Asian expatriates took opportunities away from them. The Asians, in return, shared in equally wide measure the opinion that Africans were thieves waiting for a chance to steal, and generally untrustworthy. With this in the background, it was quite an achievement for both Ray Saab and Charles that sometimes the former used to invite the latter at his home for Sunday lunches.

I ended up having an equally productive friendship with Eric, and all the other co-workers. Workers used to joke about how Robinson and I were an inseparable team. Some men in supervisory positions were notoriously recalcitrant, and it became common for me to receive delegations of other staff to get them to agree to things. When someone wanted me to relax a rule in their case, they went to Jane with the request. For all the resentment that was ‘supposed to exist’ out there, nobody – especially the Africans – thought that this was in any way unusual.

Those relationships and experiences are some of my most cherished memories. I am thankful to all those wonderful people for rising above their prejudices and accepting me as one of their own.

The need for official communications in the UAE creates opportunities for a specific type of business: typing in Arabic. People operating from tiny store-fronts provide this service. There was one such shop behind our office in Sharjah. It was owned by a man from the southern Indian state of Kerala named Haneef. Once, I had gone to him to have a letter typed. As I was explaining the contents of the letter to him, another man came and intruded. They spoke in Arabic. I didn’t know the language, but it was clear that the conversation was not cordial. After the man left, I asked Haneef if everything was fine. Haneef said that the man was creating trouble for no reason, but he couldn’t do much to counter him because, as a Sudanese, the man was ‘Zubaan Arbi’ (someone whose mother tongue is Arabic).

I told Haneef that there was no reason to be scared of a ‘Zubaan Arbi’; systems in the UAE were fair, and people were generally not discriminated against. Any dispute was treated on merits. Haneef wasn’t convinced. He remained scared.

A couple of years after I came to Canada, I saw a report about some research that had been carried out by the University of British Columbia. For this research, they had created fictitious resumes in large numbers, and submitted these for actual job openings. Each resume was in three versions: one with Christian / European first and last names, another with a Christian first name and a ‘foreign’ last name, and the last one with foreign first and last names. They had then measured how many received a positive response. The numbers were revealing: those whose first and last names were ‘Canadian’ got the highest response, followed by those with Christan first names and ‘foreign’ last names. The resumes where both the names were ‘foreign’ scored very low number of positive responses.

The conclusion of the study was that identical resumes received different responses from recruiters, based on the name of the applicant.

Reading this report reminded me of a true story that was part of my high school studies. It was written by a black British man who had served in the Second World War. The story was about his experience after the war, when he was looking for a civilian job. His name was Nolan Wainwright. He had been happy to receive an interview call in a short time after he began applying for jobs. When he turned up for the interview, however, he found the reception to be stiff and disapproving. In those days, job applications weren’t accompanied by a photograph of the applicant. His name led the recruiters to assume that they were looking at the application of a ‘regular’ British man. It was only when he turned up for the interview that they realized he was black – and their attitude changed instantly.

Humans are hard-wired for the dichotomy of ‘us v/s them’. This is often referred to as a ‘tribal’ tendency, but I think it is narrower than that – it is clannish behavior, and may be connected to survival instinct. In the absence of an advanced civilization, this bias is what keeps one alive, healthy and thriving. With and advanced civilization, however, this bias becomes an impediment to progress, because it precludes non-members of the clan from contributing to the common goal. The struggle to overcome this bias is part of the process of civilization. Some societies have worked on this better than others.

In Canada, we have tried better than most, and gone farther in overcoming clannish biases. One notable failure has been in achieving a healthy resolution of the issues facing our First Nations. Another unresolved issue relates to the black community. Several other racial minorities have fared a lot better. On balance, it is possible to say that when it comes to dealing with race issues, our glass is three-quarters full. There is, however, an increasingly strident narrative that insists that we must obsess about the fact that the glass is one-quarter empty. This strident insistence, instead of being helpful, creates avoidable friction, which, in turn, precludes any solutions.

As the debate about ‘systemic racism’ rages around us, I am reminded of my colleagues in Kenya. Instead of diving into scholarly analyses and ideological narratives, they focused on the tasks at hand, and achieved good results in their individual capacity, without depending on external or official ‘help’. On the issue of race-relations, they were ahead of us.