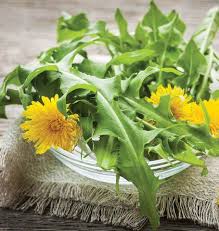 WHERE THE WILD THINGS WERE

One of the joys of my childhood was roaming around with my group of friends foraging for fruits. The city where I grew up had many mango trees on public lands, but these were generally off-limits. Every February, the crop of the coming summer used to be auctioned off for each tree. As a result, these trees were well-guarded during the fruiting season, so snagging mangoes was a risky endeavor. However, there were other varieties of fruits that did not attract much commercial interest. Occasionally, someone from the lower strata of the socio-financial hierarchy would gather up some of these fruits and go around hawking them for whatever pittance that people may be willing to pay, but for the most part, they were eaten by wild creatures and just slightly less wild boys.

The act of getting our hands on these fruits was as much fun as eating them; the trees grew wherever they could, so very often, they were difficult to access. We didn’t pay much attention then, but in retrospect, I realize that the fruits had a very high nutritional value. Some incidents of our foraging trips are etched more firmly in my memory than the times when we had bought expensive fruits for home.

When I moved to Nairobi, a family friend put me in touch with a relative of his who lived in the same city. This relative invited me over for an evening at his home, to be followed by dinner. Before sunset, we went out for a stroll in his neighborhood. After we had gone a short distance, I noticed a pomegranate tree in someone’s front yard. It was laden with fruit, and one very ripe pomegranate was hanging right outside the compound wall. I figured that it was within my reach, and asked my host if it would be a good idea to pluck it off the branch. I was being only half serious and really wanted to see his reaction, as he had been told about the foraging part of my childhood. “For God’s sake don’t”, he begged, “You will get me beaten up by people.”

Over at my place of work, there was a tree on the premises. Some weeks after my arrival, I noticed a lone fruit hanging on the tree. The fruit resembled a pear, but I was unfamiliar with it. I asked my colleague Peter what it was. He said it was an avocado. I had no idea what that was, and Peter had no idea how anyone could not know about avocados. I obtained permission to take that fruit home. I waited for its skin to turn yellow as it ripened, but that never happened. I was young and single, and an elderly couple in the apartment block used to invite me over for dinner occasionally. I gave the avocado to them. It was still hard and green. I learned later that avocados don’t change color as they ripen, they only get softer. I also learned that avocado was not native to Kenya, and had been brought by the British colonizers, as the climate of Nairobi and surrounding region was suitable for farming it.

I came to Canada just as the season of spring was about to begin. Someone told me that dandelions can cause allergies. I was unfamiliar with that name, and for a fleeting moment thought that a dandelion was a nattily dressed lion. That person explained patiently that D-A-N-D-E-L-I-O-N is a type of flower. I realized that I had been pronouncing it wrong, as ‘dan-day-lee-on’. These plants were everywhere and I found the flowers pretty.

Some years later, the government of Ontario banned the herbicide that was popularly used for getting rid of unwanted dandelions. Following the discussions around this ban, I came to know that dandelion was alien to North America, and had been brought by Europeans as a source of food. At some point, it became an invasive species and at the same time, fell out of favor as an item of food.

Maybe this has to do with my background of growing up in a third world country where food shortages were common, but I have yet to understand how a society can shun a food item as it becomes available more abundantly and without effort, to the point of opting to poison the environment in order to get rid of it. In a nutshell, this is the very opposite of survival instinct. This thought continued to trouble me for a long while, until I chanced upon a possible explanation.

When we bought a home, it was winter by the time we moved in. When viewing the property, I had noticed that the backyard contained two small trees, with a decorative vine in the middle. I had planned to remove the trees once the weather warmed up, to make room for growing vegetables. However, before I could get around to doing anything about the trees, I noticed tiny fruit-buds on its branches. I decided to wait and see what grew on them. By late spring, the fruits had grown to about half an inch in length and were purplish-red in color. I realized that they resembled an expensive fruit called ‘shetoor’ in parts of India. They were not yet ripe, though. As the month of June began, they turned pitch black, and looked very much like blackberries, except for the shape. A quick Google search told me that these were mulberries. I found their taste to be quite similar to blackberries. Naturally, I decided to keep the trees. Over the years, we have found that the berries make a very good preserve as well. I have shared the fruit with many friends. One of them, who is from Afghanistan, told me that they are called ‘shah-toosh’ in Darri language; ‘toosh’ is a family of fruits, and the best variety is given the title of the ‘shah’ (king) of them all. He told me that ‘shah-toosh’ is highly prized in Afghanistan.

The two trees were young at the time, and produced a small quantity of fruit. Over the years, they have grown much taller, and I estimate their present combined output at around 20 kilos every season. This is clearly more than we can eat – or even give away. Letting the birds and squirrels eat them involves no sacrifice. For about five weeks every year, seeing the birds flit in and out of the two trees is one of the small joys of life. It starts with sparrows, doves and robins, until the migratory American goldfinch arrive.

I have tried, but failed, to find out why mulberries are not farmed and sold commercially in Canada. I don’t know if they are indigenous to this land or were brought over by some group of immigrants. I can imagine a lot of people eating them in earlier times. Barring the most recent seven or eight decades, life in North America was not easy except for the very few, and most people lived a hardscrabble existence. A valuable and nutritious source of food is hardly likely to have been ignored. But at some point along the way, we acquired the psychological attitude of the affluent, and decided that some foods were beneath our station in life to eat.

Wilbur Smith was a South African novelist. Most of his stories are set in southern Africa, and can be called historical fiction. One of these stories is set in the period of the First World War, and features a young French woman who survived a shipwreck and ended up on the shore of what is now Namibia. When she was found by an old couple of the Bushman tribe, she indicated by gestures that she was hungry. The old man simply bent down and dug up clams from under their feet at the beach. Wilbur Smith then describes how the French woman felt ashamed because she had been starving while standing on tons of food.

FROM THE MOUTHS OF BABES

Some years ago, I read a story about a project by some university students to harvest fruits from what they called the ‘urban forest’ in Toronto. The idea was to make more nutritious food available to the homeless and the marginalized by accessing things that already grow on public lands, food that would otherwise simply rot. Reading this story made me think of an apple tree that is located near my home. It is on public land, at an intersection of two roads. One side of the intersection is maintained neatly as a parkette, but another corner is left in its natural state. The apples are often visibly infested with parasites. Inclusion of this tree in those students’ project would be feasible only with aggressive human intervention. However, this may conflict with the underlying rationale behind the decision to leave the land in its natural state. In essence, this is a classic case of the trade-off between satisfying human needs and preserving nature.

As we deal with the aftershocks of Covid-19, we will have to devise plans to cope with possible large-scale disruption in food supplies. The causes of this disruption could be varied, from fear of infection among workers in the supply chain, to restrictions on movement of goods, to financial stress brought about by the forced cessation of economic activity in the spring of 2020. Our collective attitude to food and its sources will likely have to be modified. The challenge of food insecurity should hopefully lead us to realize the value of the foods that are available to us in abundance with little to no effort. It is more than likely that we are entering a long period of austerity or, at the very least, of less extravagance and our behavior will need to properly reflect our new circumstances. If we fail to realign our attitude and our behavior as required, we will, like that French young woman in Wilbur Smith’s novel, face the prospect of starving while standing on tons of food.