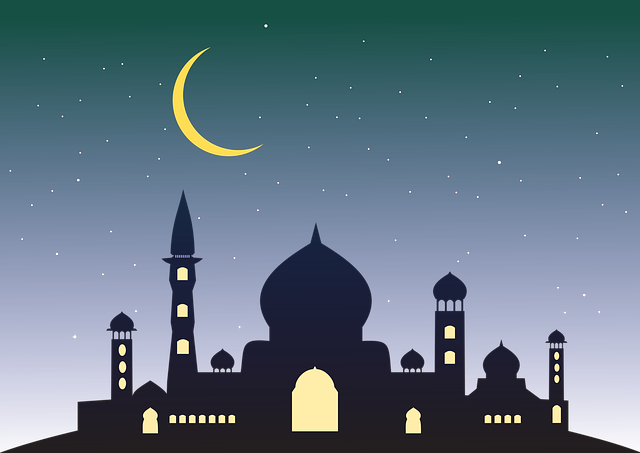 Summer vacations in the Indian subcontinent have a different rhythm compared to North America. First of all, the season of summer itself falls in a different part of the year. The weather starts becoming hot in the month of March. By the end of April, final exams of all schools and most colleges are over, and the vacation begins. The month of May is the peak of summer, with daily highs registering anywhere between the low-40’s to the mid-40’s Celsius. The early part of June is both hot and humid, until respite arrives in the form of rains. That is also when the new academic year begins.

Given this rhythm, vacation activities tended to be mostly indoors during my childhood. However, as we stepped into our mid-teens, my friends and I started spending more time outdoors during summer vacations. We were a multi-religious bunch.

One year, the month of Ramadan fell during summer. One of my friends, Maqsood, said that he would not be accompanying us in our outdoors forays, as he had decided to fast that year. His twin brother Maqbool was not fasting, and joined us. It was common knowledge that Ramadan fasting was optional. Those who did fast were viewed in the community with respect, especially when Ramadan coincided with the warmer months. However, those who did not fast were not seen as having less commitment to their religion. There was ample room for individual choice.

THE LAY OF THE LAND

A few summers ago, we decided to get some landscaping done in our front yard. After searching online for contractors, we called one over to discuss our plans. He turned out to be of Syrian origin and had come to Canada a couple of decades earlier. As we were discussing, the Adhan (call to prayer) rang out from his cellphone. I asked him if he wanted to take a break to pray. He said no, it would be disrespectful of him to make us wait.

We talked briefly about my years in the UAE, where listening to the Adhan five times a day was part of my daily life. I remarked that it was the first time I was hearing it on someone’s cellphone, and that I found this adoption of technology in religious practices impressive. He laughed and told me that when the microphone / loudspeaker were invented, many religious scholars had deemed it as the work of Satan, and therefore forbidden for Muslims to use. As for the App, he said it was much more useful than the loudspeaker, because he was never out of earshot from his phone. He predicted that at some point, the use of loudspeakers for the Adhan would become a thing of the past, as the App was vastly more practical and effective.

Around the same time, I became friends with someone who had come to Canada as a refugee from Afghanistan. In the interest of his privacy, I am not using his real name here; let us call him Ali. A child of the 1970’s, he had grown up in an Afghanistan that was trying very hard to become a modern nation. He had studied engineering in Russia and was fluent in half a dozen languages. After Kabul fell to the Mujahideen in 1992, he fled, first to Europe and thence to Canada. He owned a computer repair shop in Toronto.

I was at his shop one afternoon during Ramadan when a lady customer walked in with her laptop. From her attire, it was apparent that she was a Muslim.

Ali was having his lunch. I knew that he had diabetes and therefore needed to eat at specific times of the day. As a result, he was unable to observe a fast during Ramadan.

“Why are you eating?” the lady asked him sternly.
“It’s none of your business” replied Ali curtly.

After she left, Ali spoke about how the Islamic culture of the broader region of South and Central Asia had changed as a result of the anti-Soviet Jihad. Specifically, he talked about how any person’s observance of religious obligations had become the self-assumed responsibility of others. Anyone could take anyone else to task for real or perceived slights and lapses. Since their authority was derived directly from the scriptures, the self-appointed guardians of the faith who were doing the reproaching were themselves beyond reproach. This had created a sort of competition to be more Muslim than the next person – or, more precisely, to exhibit more Muslim-ness than the next person.

Ali’s mood became melancholy. He lamented that his religion had become something to be put on display, something that was constantly assessed in terms of more literal, more inflexible and narrower adherence to scriptural Islam. The joy of doing something out of choice had been removed, and replaced by compulsion, he said.

I remembered Maqsood and Maqbool, the twin brothers who had been my friends during teen age. Recalling how one had chosen to fast during Ramadan while the other had not, I nodded in agreement.

This year, various municipalities in Canada have granted exemption to mosques from the cities’ bylaws relating to noise, allowing them to use loudspeakers for the call to prayer during the current month of Ramadan. This has kicked up a controversy. The most remarkable aspect of the debate on the issue is that neither side is making any point that is particularly new. For those in favor of the exemption, it is about multiculturalism, accommodation and religious freedoms. For the other side, this is yet another instance of favoritism that will only serve to divide Canadians.

It is difficult to call the latter side bigoted or Islamophobic because many of its prominent members are themselves Muslim. Some of them have even gone to the extent of saying that if Prophet Mohammed were alive today, he would oppose this exemption (see Note 1).

This fact brings us to one of the unresolved issues of our times, viz. interpretation of religion, and specifically, whose interpretation should prevail. There is an argument as to whether allowing the Adhan is a good thing or not, and there are Muslims on both sides, backing their arguments with reference to legal and religious sources. Whose interpretation carries greater weight?

The Canadian Charter of Rights and Freedoms enshrines ‘freedom of conscience and religion’ as a fundamental freedom. However, the exact shape and contours of this freedom are for the Canadian society to decide. In particular, when talking about religious rights, the question arises: Whose religion?

The question is not in the sense of choosing between religions, but rather between different interpretations within the same religion.

Since our political landscape is now characterized by identity politics and virtue signaling, there has been, in recent years, a steady – perhaps even competitive – movement in the direction of accommodating more literal interpretations of religious issues, with the important caveat that the religion in question should be other than Christianity. There is a ready and thriving market for rigidity in interpretation when it comes to non-Christian religions, where willingness to arrive at a compromise is seen as a weakness. In light of this, it is only to be expected that the technological advances of recent years in delivering the Adhan to the faithful in a manner that is less intrusive to others should be completely ignored by those pushing for the use of loudspeakers, and by those who stand to gain politically by acceding to the demand. This is because the default standard in Canadian politics is that between two interpretations within a ‘foreign’ religion, the inflexible interpretation gets the nod, while the one that is more in sync with the time and place gets ruled out.

Back at his computer repair shop, Ali had concluded his lament with this insight: when a society willingly rejects modernity because it believes that only the past provides an authentic standard of what is acceptable, it creates room for obscurantist forces to gain dominance. In Afghanistan, this phenomenon became known as Talibanization. Every act of compliance with literalist interpretation of the scriptures only led to another round of (even more literalist) interpretation. No amount of conforming with the ever-stricter edicts sufficed to satisfy the demands for total compliance. As Ali realized, it wasn’t about the religion, or even about interpretation of religion; the goal was to control people and to keep them subservient by constantly reinterpreting what had been interpreted earlier.

“I hope Talibanization doesn’t follow me here” Ali had said, as he put the last spoonful of pilaf in his mouth.
“It won’t,” I reassured him, “Have faith.”
Ali eyed me uncertainly.