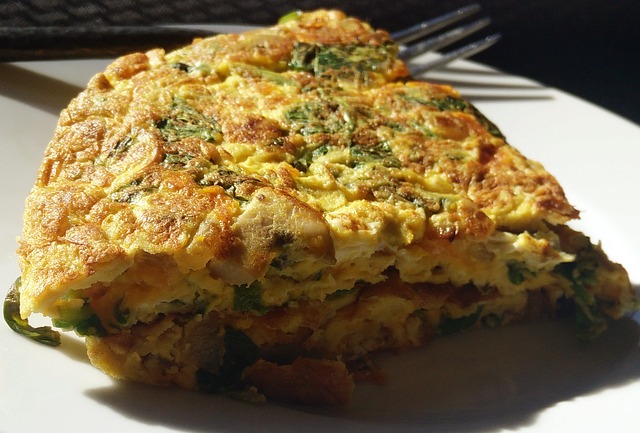 Events over the past seven weeks or so have revealed the severe shortcomings of our supply chain. Specifically, our lack of self-sufficiency in critical areas such as healthcare supplies has been the subject of many discussions and opinion pieces. There is a lot of talk about the need to bring manufacturing back to Canada, if not fully, then at least enough to provide a buffer that would buy us some breathing room while we arrange for more supplies from elsewhere.

However, it is not clear if it would be possible to unwind the clock of globalized trade and offshoring of manufacturing operations by Canadian / North American companies. In theory, these processes are supposed to create interdependencies among countries, such that each would be willing to cooperate with the others to mutual benefit. This theory is somewhat naïve in that it ignores the complexities of geo-politics or even the political ambitions of individual countries in general. In addition, the factors that gave a boost to the offshoring of industrial operations from North America to China and other countries still exist, and in some cases these have in fact grown stronger. In light of this, repatriating these operations back to North America is, at the very least, an uphill task – if it is at all possible. Let us examine some of these factors.

One prominent voice advocating for bringing industry back to Canada was Jerry Dias, the president of Unifor, the largest private sector union in Canada. He wrote a heartfelt and widely praised op-ed piece in the Toronto Sun, in which he made this salient point (see Note 1 for link):
“…maintaining and promoting our own domestic productive capacity is as much (a) public good as anything else.”
It was heartening to see that, by using the term ‘public good’, Mr. Dias was equating productive/industrial capacity with the things that enable the efficient functioning of societies, such as infrastructure and governmental systems like law enforcement. However, many people pointed out that one reason why companies migrated their operations overseas was their fraught relationship with the unions. If they are to be induced to bring these operations back to Canada, that relationship would need to be re-established on new terms that take cognizance of the ground realities of the twenty-first century. In the new order, worker and the unions representing them will need to become, and be accepted as, partners in the business to the extent practicable. This puts an onus on the management of the businesses as well. The days of adversarial relationships are past, and it will be up to the two parties to fashion a new relationship keeping in view not only their mutual benefit, but that of the country as well.

That will be easier said than done in cases where the ultimate ownership of the industrial enterprise is globally distributed. Especially when large investors including sovereign wealth funds, pension funds and other institutional investors are involved, the interests of these investors have, in recent decades, taken precedence over those of the other stakeholders. We can say that in a way, the playing field is not level; it is tilted in favor of the suppliers of capital, who, in turn, have little allegiance to geographical entities like countries. Redressing this imbalance would necessarily involve stirring up a hornets’ nest, and at some point, some sort of regulation may be required. It would be a challenge for any government to navigate these waters in view of any obligations that it may have pursuant to the international trade deals and treaties to which it is a signatory.

IT’S ALL ABOUT POWER

One strong advantage that Canadian industry had before manufacturing was shifted to China et al was in terms of the assured availability and low cost of power. Those who haven’t lived in places where the availability of power is uncertain may not realize this. The Democlean sword that constantly hangs over the owners and managers of industrial facilities in power-starved countries can only be understood by personal experience. The guaranteed availability of power at low cost was one of the reasons why Canada and other countries in the West were called ‘advanced’ countries. However, the formerly disadvantaged countries have made significant increases in the power generating capacity, and now are at a comparable level in terms of availability of power for their industries.

Unfortunately, in the time that has passed since then, we have lost the advantage of low cost of power. The complete bungling of the energy file in Ontario since 2003 has been much documented and need not be repeated here. The resulting increase in the cost of power was severe enough to chase much of the remaining industry out of Canada and in to the US. Other provinces have seen similar follies, for example Muskrat Falls in New Foundland & Labrador and Site-C dam in British Columbia. The financial cost of these blunders is going to be an impediment for quite a while.

In addition, the imposition of the federal carbon tax, with scheduled increases to occur over the next few years, forms a permanent obstacle to the cost-competitiveness of industrial operations in Canada. As the years pass, overcoming this obstacle will get ever more difficult. In many industrial operations, the cost of power constitutes a major portion of the cost of production. Being at a severe disadvantage on this front would deter businesses from repatriating their industrial operations back to Canada. Given that the high cost of power in Canada is now structural, it is difficult to see how any business could work around this disadvantage.

OR IS IT ABOUT THE PEOPLE?

One major reason for the outsourcing of manufacturing was the opportunity for ‘wage arbitrage’. That is a fancy term for companies moving to locations where wages are low. Moreover, other associated costs such as those for maintaining worker safety standards and health benefits are almost non-existent in many of the countries where we chose to outsource our manufacturing. We remember the tragic images from the collapse of a garment manufacturing facility in Bangladesh a few years ago, where over one thousand workers died in a single incident. If we were truly conscientious people, this tragedy would have served as a catalyst for bringing some manufacturing back to Canada. Human nature being what it is, these calls have come only when we are facing the negative consequences of outsourcing.

That said, over time, wages in the other country also start rising, as a result of the overall increase in the level of prosperity in that country. In theory, this offsets the cost disadvantage of running the operations in Canada somewhat, but it hasn’t – quite the contrary, actually. The trajectory of increase in minimum wages over the last two decades mimics that of the cost of power. These wage increases have a cascading effect up to a point; workers who were making more than the earlier minimum wage had to be given pay raises as the minimum wage got raised.

Regardless of where a worker is on the remuneration ladder, however, the fact remains that wages are a major component of the cost of manufacturing in North America. The only way to keep this cost low is by automation. This leads to the possibility of what is termed ‘jobless recovery’ in economics; we would have repatriated the manufacturing operations without creating a corresponding increase in the number of jobs. This possibility is further enhanced by the fact that currently, interest rates are barely above zero, and so investment in automation is all the more attractive.

So we face a devil’s alternative here: either we increase the cost of production by creating jobs in Canada, or have a ‘jobless recovery’ of Canada’s manufacturing ability.

OUT OF SIGHT, OUT OF MIND

Another factor that encouraged industrial activity to move out of Canada was the desire for a cleaner environment. While this is very much a valid goal, pushing the polluting activities to other parts of the planet does nothing to address environmental degradation from the global perspective, and in fact may have exacerbated it. Even where the industrial processing is carried out at locations where environmental standards are comparable to those in Canada (such as the refining of oil in Texas that supplies a good proportion of the distillates here), the additional transport of products does exert a toll on the environment. When it comes to many other countries, their lax approach to environmental standards is a major contributor to the reduction in cost of production. In blunt terms, our cleaner environment is achieved at the cost of the health of humans, animals and the nature elsewhere. If manufacturing is to be repatriated, it will be necessary for us to own up to this painful fact and to accept the resulting higher cost of domestic production. This would require a buy-in from a sufficiently large portion of the Canadian consumers in order to be a viable proposition.

In the many South Asian languages that trace their origins to Sanskrit, there is the term ‘Smashaan Vairaagya’.

‘Smashaan’ means crematorium, and ‘vairaagya’ means a state of detachment from worldly affairs.

The term, thus, refers to the intense but fleeting thoughts of a philosophical nature that are common among the attendees at a funeral.

For those attending a funeral by cremation, there is nothing to do other than wait for the body to be fully reduced to ashes. Yet, discussing any of the normal topics to pass the time seems highly out of place. Therefore, talk usually turns to philosophical matters such as the meaning of life, how little control we have over its duration, and the unpredictability of death. Once the whole thing is over and the ashes taken away, however, everyone goes back to living their lives as before, with the same assumptions of not dying in the near future and having control over their lives.

Is it possible that when the Covid-19 crisis is over, we will forget about regaining our industrial capability and go back to our lives as they used to be before the crisis arose? Or will we make the fundamental changes necessary to un-make the omelette that has rendered us over-dependent on long supply chains?