… And Euthanasia For All 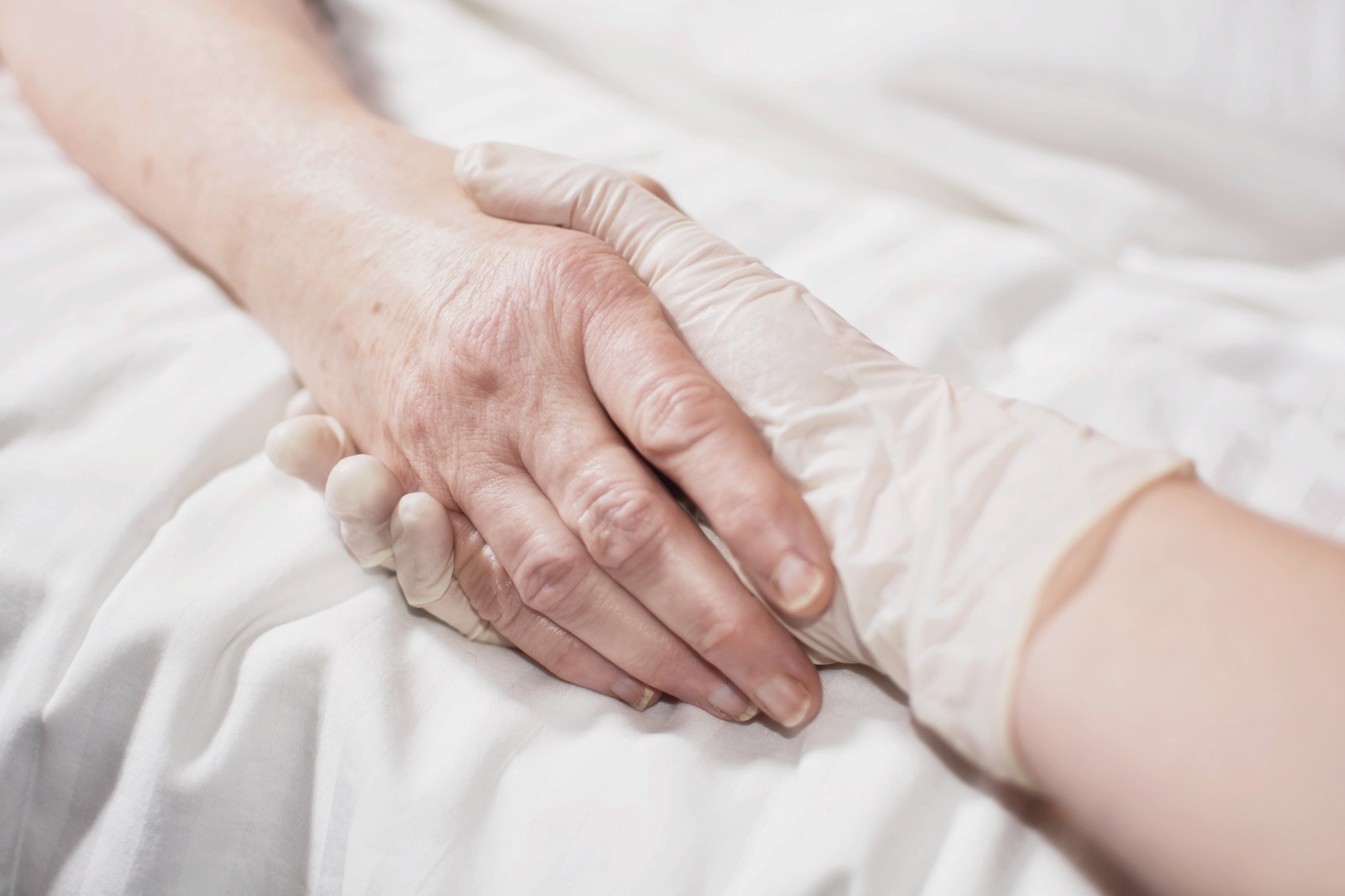 (Image Credit: Alberto Biscalchin at flickr.com, the image is at this link. Used without modification under Creative Commons Licence)

The ongoing expansion of MAiD to ever more categories of people is taking place without the benefit of a societal process on the issue. This lack of wider input is bound to take us to a very ugly place.

A TIME AND PLACE

On October 7, Twitterer Ben Woodfinden tweeted a short video clip from the proceedings of the parliamentary Special Joint Committee on MAiD, where Dr. Louis Roy, representing the Quebec College of Physicians, recommended that “assisted death be expanded to infants under the age of one with severe deformations and … grave and severe syndromes”. Eight days later, Ben tweeted, “I get the sense that maybe, just maybe, Twitter is not going to be the best place for sensible and serious discussion about the Emergencies Act”, to which Milton Brisson replied, “Evergreen tweet for every political issue of the day”.

It is easy to agree with both; despite its reputation as ‘the town square’, Twitter does not come close to living up to that reputation. But my consternation is at the fact that we don’t have any venue that can serve as ‘the town square’ on major issues on which the decisions taken on our behalf are going to have lasting impact – and perhaps even define us as a society. I have used the term ‘societal process’ in my recent articles, and ‘the town square’ is where this process plays out – or would play out if we had a ‘town square’, which we don’t. So, instead of having a structure where a societal process leads to a political process that culminates in a legislative process, we jump directly to the last leg of that journey (often pretending that the inclusion of a policy position in an election platform suffices as a ‘political process’ that is validated by the fact that the winning party received one quarter of the eligible votes).

In some cases, additional impetus for policy is provided by the judicial process. Of course, we treat judicial opinions with due respect, but we need to remember that the task of the judiciary is merely to interpret the law – and that law is supposed to be a reflection of the will of the people. Therefore, it is possible for a judicial opinion (even an authoritative one) to be misaligned with what the people desire a policy to be – especially in view of the fact that societies are constantly evolving and hence, so does ‘the will of the people’. Sadly, it is common to invoke ‘appeal to authority’ by pointing to a judicial opinion as a means of proving legitimacy of a policy even when it is athwart the will of the people. This is partly what has happened in the case of our MAiD policy.

Last month, after I wrote my article on the ‘cost-saving’ argument for MAiD ‘For a Few Dollars Less’, I had a brief discussion on MAiD with one Udo Schuklenk, who turned out to be co-author of the paper ‘Social determinants of health and slippery slopes in assisted dying debates: lessons from Canada’, published by the British Medical Journal. Although I disagree with the conclusion drawn by the authors, I found the paper to be very valuable in terms of providing an outline of the judicial-plus-political trajectory that the issue has followed. Here is a synopsis of that trajectory:

As will be readily apparent from the above synopsis, the whole process – from decriminalizing the act of committing / aiding of suicide to making MAiD available where natural death is not imminent, and expanding its availability to the mentally ill – has transpired solely inside the confines of the State (the judiciary and the legislature); wider debate in the society did not happen. Of course, it is possible to argue that at both the venues, people well-versed in the subject (the much-touted ‘experts’) would have weighed in. But my contention is that the issue of deciding who should die and when is grave enough to require participation from a wider range of stakeholders. In fact, those people – beyond the coterie of ‘experts’ – are often speaking up, but the political process is designed to shut them out of the process, either by way of discrediting them as people who have failed to keep up with the times or simply by ignoring them.

For what it is worth, I wrote an article on the subject (‘For a Few Dollars Less’) about a month ago. Ben Woodfinden and journalist Rupa Subramanya also wrote their pieces on this more recently (see this and this link). It would be unfair to say that the MSM is ignoring the issue; a quick search will show a number of stories / articles on their websites on the issue of MAiD (e.g., this piece by Avis Favaro of CTV). But somehow, all this writing is not resulting in a society-wide debate on what is literally a life-and-death issue. The people voicing concern over the potential pitfalls of the unfolding policy remain voices in wilderness. The steering wheel and the accelerator of the vehicle of our MAiD policy are both under the control of a small number of individuals.

If we are to expand MAiD beyond the category of people nearing the end of their life and suffering unbearable pain to other categories of people, we need to consider one factor that has hitherto been ignored: that the despondency that drives those other people to consider the option of dying is often the result – directly or indirectly, partially or wholly – of governmental failure, such as not providing timely healthcare for serious ailments or inadequate financial support for the disabled. This creates a moral hazard of the most extreme kind. A ‘moral hazard’ is defined as ‘lack of incentive to guard against risk where one is protected from its consequences’. In cases where the government-run regimes of healthcare or social support systems are ineffective to the point of driving a person to utter hopelessness, where they see the only way out of their predicament via ending their lives, the same government ‘mercifully’ steps in to enable them to commit suicide, thus not only hiding its failure but wearing a cloak of compassion while doing it.

The cruel irony here is that while we have taken away the government’s power to administer capital punishment to people who have committed the most heinous crimes, we are now giving the government the power to take the lives of innocent people who want to die because of the same government’s failure. Yet, instead feeling ashamed about this failure, we are supposed to believe that this makes us a better society. This reminds me of a scene from an old Indian movie titled Mughal-e-Azam (meaning ‘The Great Mughal’) in which Emperor Akbar sentences his son Salim to death, and Salim responds by saying, “Ek sang-dil shehenshah siwa-e-maut ke aur de bhi kya sakta hai?” (what can a stone-hearted emperor give other than death?).

Another salient feature of the debate on MAiD – such as it is – is that no one has offered any argument (for or against) that views MAiD in the context another policy or aspect of life. For example, recently there was a legal challenge in British Columbia to the laws preventing patients from accessing private care when wait times are too long in the public healthcare system. The B.C. Court of Appeals dismissed this challenge, observing in its decision that “… while long waits for treatment have denied some patients their charter rights to life and security of person, those violations are permitted under the principles of fundamental justice.” (See this CBC link for details)

Juxtaposing this decision with the other court decisions (on MAiD) cited earlier in this article, we reach a startling revelation: The prevailing judicial wisdom in Canada is that the government is allowed to violate our right to access healthcare, but it is at the same time obligated to uphold our right to access death. Interestingly, both these contradictory judicial positions are arrived at in pursuit of the same ideal, viz., ‘fundamental justice’. This glaring paradox has so far eluded what I assume are the best legal minds in our country.

That last sentence is not meant to be boastful – rather, this is precisely what I mean when I keep talking about the ‘societal process’. Worthwhile ideas are not the exclusive preserve of a select few people, whether we call them ‘experts’, ‘professionals’, ‘thought leaders’ or any other term. People whom we consider ‘ordinary citizens’ can also provide valuable insights and ways of seeing policies that can add great value to the discussion and (hopefully) the final decision. Restricting policy discussion to the legislative process, where those with an inside track are invited to contribute their thoughts to the policy under discussion, thus does a great disservice to the nation as a whole. Just as I have made an observation here regarding access to healthcare v/s access to death, it is possible – indeed, I consider it a certainty – that a lot many Canadians have similar observations to offer regarding MAiD policy. But we lack a mechanism to capture their contributions and channelize them in the direction of giving shape to our policy. Instead of being holistic, the process is hopelessly lopsided, truncated and sorely inadequate. Therefore, the shape that we give to the policy will end up causing a great amount of grief in the future.

In Part-2 of this article, I will delve into the interim report of the parliament’s Special Joint Committee on MAiD (issued in June 2022), to take stock of the ideas that were presented by the ‘experts’ and other attendees / invitees / witnesses, which should give us an inkling as to where this policy is headed next. Stay tuned.