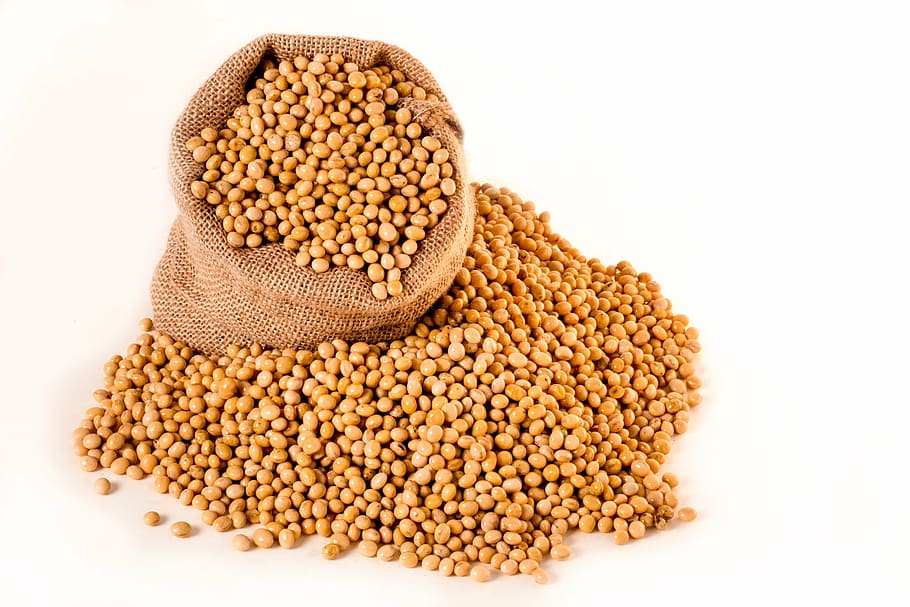 Some days ago, I was in a discussion with someone on Twitter about Renewable energy. I pointed out that typically, one windmill requires 20 to 25 tons of petrochemicals-based resins for the blades alone. The other person responded that these are being replaced by bio-resins. His suggestion was that the argument about wind energy being dependent on oil is already outdated.

This brought me to a question: How much of an advance do bio-resins represent for us humans?

The key factor in this debate around fossil fuels / renewable energy is replacement of synthetic materials with those that are sourced directly from nature. While it is human nature to believe, at every stage of civilization, that we are tackling unprecedented issues, the reality is that many of them have been around for a while in one form or another. The trade-off between synthetic materials versus natural ones isn’t new. It would, therefore, be beneficial to learn about similar instances that took place in earlier times.

When I was very young, I saw five types of cooking fuels around me: Liquefied Petroleum Gas (LPG), kerosene, charcoal, firewood and cow-dung.

India was a very poor and underdeveloped country then, and relatively few people had LPG. This was chiefly because the supply was very low. There was a huge waiting list of people desiring to get a ‘connection’; it took years and years to get one. Despite the low customer base, there was a chronic shortage of gas.

The term ‘connection’ was a misnomer; the gas came in cylinders, and there was pretty much a guarantee that once the cylinder was empty, getting a replacement would take anything between a few days to a couple of weeks. The whole LPG business was under government control, from extraction to bottling to actual delivery at homes. The government’s response to replacement delays was to allow each customer to apply for an additional cylinder (the approval took its own sweet time to materialize). This may have made sense to an officialdom steeped in central planning, but in reality, this ‘solution’ merely served to increase the scarcity of both gas and cylinders. The waiting list became longer.

Naturally, those who had only one cylinder needed a backup. This was in the form of kerosene. However, this commodity was also completely under government control and therefore scarce. Consequently, it was common for families to keep charcoal as a second backup. I was about 10 years old when I learned that charcoal was made by burning wood in a specific way. I found it amazing that humans could burn as fuel something that had already been burned earlier.

In rural areas, the most common cooking fuels were charcoal, firewood and (for those who owned cattle) cow-dung. All three produced copious amounts of smoke, and the cow-dung also generated a nasty smell. Barring exceptions, Indian houses have never had chimneys to let the smoke out in a safe way, so use of these fuels indoors created a risk to health. On another side, with a burgeoning population in the country, the use of charcoal and firewood was a cause of deforestation on a wide scale. The official reaction to this was two-fold: a drive to plant trees, and educating the public about the ill effects of deforestation. People were being told to stop using fuels that were harmful to health as well as the environment, and switch to the much cleaner gas and kerosene. But in the face of acute scarcity of LPG and kerosene, most people had no option other than to use charcoal, firewood and cow-dung as cooking fuel. The massacre of trees and forests continued.

Many people will remember the bubble in oil prices that during 2007 and 2008. At one point, the price of one barrel of oil crossed US$ 147. Most publications carried articles covering the phenomenon and its consequences on various walks of life. One frequent topic of discussion was relating to the efforts to mitigate the impact of high prices of petrol. The term ‘bio-diesel’ quickly became common.

One particularly interesting development that I read about in The Guardian (of UK) described a simple machine that someone had invented to convert used cooking oil into diesel for cars. The story mentioned that the machine cost British Pounds 2,500 only, and could convert enough oil overnight to fill a typical tank. Car owners could easily install the machine in their garages.

This idea had the additional advantage of lightening the burden of disposal of used cooking oil. For the restaurants and hotels, this arrangement not only removed their cost of disposal, but also resulted in additional revenue from sale of used oil to car owners. The story mentioned that these businesses were generating revenue not only from the people coming to their front doors, but also from those who came to their back doors to pick up drums of used oil.

Then the financial crisis hit in the fall of 2008. The price of crude oil crashed from US$ 140+ to barely above US$ 30, and the need to find alternatives to costly petrol evaporated. In nearly 12 years since then, I haven’t come across a single story about converting used cooking oil to bio-diesel.

Around the same time as the bubble in oil prices, ‘carbon footprint’ became a buzzword. No politician could give a speech or issue a statement without working the term in. The development was timely, too; people were getting tired of being told how anything either helped or harmed ‘single moms’ (the previous buzzword).

The chief source of ethanol for this purpose was corn. In effect, governments were making it mandatory to divert food supplies for making fuel. One doesn’t have to be a sociologist to realize that the biggest negative impact of such mandatory standard would be on the poor. George Monbiot, a regular column writer with The Guardian of UK and firmly on the Left side of the political spectrum, summarized this succinctly in one of his articles: when rich people owning cars compete with a commodity that feeds the poor, it doesn’t take a genius to guess who would lose the bidding war.

Interestingly, in the debate that swirled around the issue of sources from which ethanol could be extracted, several plant sources used to be mentioned. However, in order to derive the material on an industrial scale, the easiest and most profitable source was corn. Going green in order to ‘save the planet’ resulted in starving the poor.

This brings us to a crucial part of the debate about replacing synthetic materials with natural ones: in the initial stages, the researchers involved in the exercise of finding natural materials experiment with many alternative sources of such materials. So when they claim that the changeover can be achieved by using, say, grass or wood shavings, they are being genuine – if we don’t take the volumes into consideration. On the practical side, however, the required quantities are at such a scale that the less efficient / less profitable options are ruled out. The material that stands the viability test in both the technical and financial sense tends to be valuable elsewhere as well. In the case of ethanol, that viable material was corn.

When I started seeing reports of research in bio-mass as a fuel to generate electricity over a decade ago, I mostly found the talk to be about using waste products, such as broken skids and discarded furniture, and other waste of plant origin. Looking back, it should have been obvious that these items, even collectively, could not provide the required quantities of fuel for large scale usage. But a combination of ideological fixation and wishful thinking convinced the decision-makers that it was a viable idea.

The next time I heard about bio-mass was when there was a news story in December 2015, about the Ontario Auditor General’s report regarding two such plants, in Atikokan and Thunder Bay. The story said that the plants used ‘wood pellets’ – imported all the way from Norway. These pellets were supplied by a company called Arbaflame. The AG had pointed out that the cost of generating power was significantly higher in these plants than elsewhere in Ontario – 25 TIMES more expensive in the case of Thunder Bay, and 8 TIMES more expensive for Atikokan. Both the pants were running for only a few days in a year. (See notes 1 & 2)

Perhaps not surprisingly, the North Bay plant was closed in July 2018 owing to ‘ongoing high cost of operation’, among other factors.

This chapter in the ongoing Green Energy saga had several prominent features, but what struck me the most was that burning wood for energy, which had been looked down upon and actively discouraged in a Third World country decades ago on grounds of saving the environment, was back in vogue in a First World country on grounds of saving the environment.

As was shown in the documentary Planet Of The Humans, bio-mass power plants consume entire forests to generate electricity. It is difficult to see how the shift from synthetic materials (derived from oil) to natural products is better for the environment – which brings us back to the topic of bio-resin.

From my experience of working in the petrochemicals industry, I know that the resins that go into making blades for windmills were made entirely from petrochemicals. Bio-resins have been developed in recent years, but their use is mostly in making containers such as jars and bottles. From what I have been able to gather, the manufacture of bio-resins still relies heavily on the same petrochemicals, with the difference that one major ingredient, Propylene Glycol, is derived from plant matter rather than oil. In all fairness, this does represent an important improvement in terms of reducing the use of petrochemicals. However, to the tune of about 50%, and possibly greater, ‘bio-resin’ is still very much an oil-derived product. In other words, the name is misleading in a significant way.

But that is still beside the point. There are two main issues here: the exact plant-based source that the industry settles on for deriving Propylene Glycol, and the sheer scale of demand for such source if bio-resins become the norm.

While researchers are experimenting with other plant materials (just as they did with ethanol), the primary sources of bio-based Propylene Glycol are soya bean and palm – both food crops. As I noted at the start of the article, at least 20 tons of resin is required to manufacture the blades for one windmill. The quantity of soya bean / palm fruit required to yield enough glycerine that can produce the necessary quantity of Propylene Glycol for bio-resins is bound to be massive – or perhaps even colossal. The implications of demand on such an industrial scale are profound for our food supply.

So if you are fond of eating soya beans or anything made from them, my advice to you would be to eat these to your heart’s content while you still can. Because if the idea of bio-resins takes off, your favorite beans may not remain on your plate. As we saw in the case of ethanol / corn, food insecurity is collateral damage resulting from our push to ‘save the planet’.