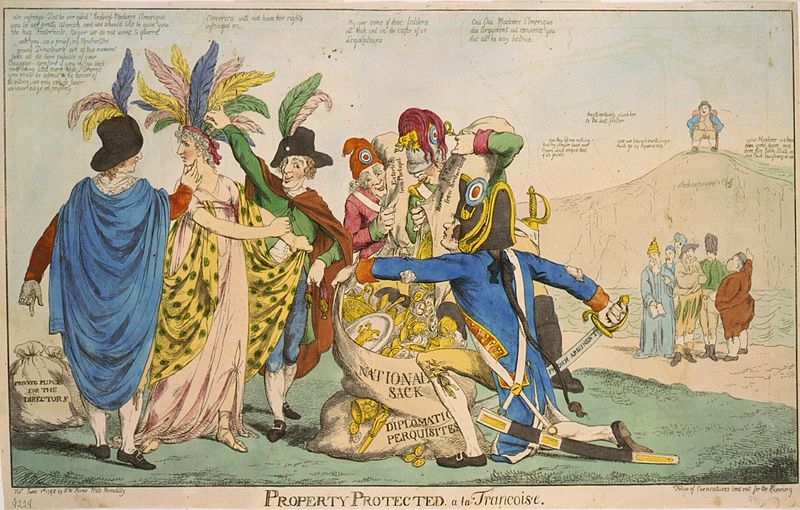 From time to time, we see a controversy erupt about people connected with government (of any party, in any country) getting fat contracts from the said government. Most often, these contracts offer little value (if any) in return for the exorbitant amounts of the contracts. There is a widespread feeling among the public that such contracts represent nothing other than siphoning of public funds. Those defending the awarding of the contracts point to the procedural propriety that was maintained in the process. However, the details of the process are both arcane and previously unknown to large sections of the public. This mires the debate down in a fog of minutiae and unfamiliarity. This prevents any definitive conclusion from being reached as to whether any impropriety occurred.

Americans call this phenomenon colloquially as ‘pork barrel’. While that term has not found common usage in Canada, we are not immune to the phenomenon itself. In the context of the Covid-19 crisis, the following controversies are raging at the moment:

Instead of discussing the arguments in favor of and opposition to these contracts, I want to focus instead on the process that precedes the official process in awarding such contracts. As is often the case, a story from folklore provides a useful start. This one involves a man named Dala Tarwaadi who used exactly such a process.

HORNS OF A DILEMMA

There once lived in a small village a man named Dala Tarwaadi. He had a daily routine of taking a bath in the river before dawn. Near the river, there was a vegetable farm. As he passed it every day, he would think about how nice it would be if he could take some vegetables for free. However, he knew that he couldn’t do so without obtaining permission from the farmer. He also knew that the farmer (whose name was Visram Patel) wouldn’t give such permission. This presented a dilemma. Then, one day Dala Tarwaadi had a bright idea.

Farms dedicated to growing fruits and vegetables are called ‘Waadi’ in Gujarati. He decided to take permission from the Waadi itself. After all, he thought, Visram Patel only sold what grew in the Waadi, making the Waadi the rightful authority for granting such permission. He had to now find a way to get the Waadi to talk. It soon occurred to him that he could himself provide the voice; all he would need to do was to talk in turns as himself and the Waadi. Here is how the ‘dialogue’ between them went:

W: Going well, thank you. How may I help you today?

DT: May I take a few eggplants?

W: Sure! Take as many as you want.

Thus satisfied that he wasn’t stealing, Dala Tarwaadi proceeded to take enough eggplants for the day. This now became his daily routine. Every day before dawn, on his way back from the river, Dala Tarwaadi would get ‘permission’ from the Waadi and help himself to different vegetables for his use.

Soon enough, Visram Patel observed that his vegetables along a certain stretch were going missing on a daily basis. At first, he thought that this was the work of some animals like goats or such, so he erected protective barriers to block any animal’s access. But the vegetables kept disappearing. Exasperated, he decided that he would watch over his vegetables all through the night.

In 1985, there was a severe drought in India. Reports said that it was the worst drought in a century. Almost one third of Gujarat state is a desert, and many other parts are semi-arid, receiving little rain even in good years. Rains are limited to the monsoon season in India (barring some regions in the south of the country). Therefore, any respite from insufficient rains in a year can only come in the following year. We braced ourselves for a tough twelve months. However, our hope of getting relief the following year proved futile; rains failed to come for the next two years as well. Each successive drought was worse than the previous one. In the city of Rajkot, water supply was reduced to 20 minutes every day.

There is a government owned entity (we would call it a ‘Crown Corporation’ here) that is tasked with building systems for water supply & sewage in Gujarat. It was now entrusted with providing water to all the cities, towns and villages of the state. Money was not an issue – no amount was too high. Just make sure that people get enough water.

Back in those days, we still had manual typewriters – yes, those clunky, clanging things that are part of the saying about 60,000 monkeys and the works of Shakespeare. ‘Typist’ was a job description. Every business and office employed people who did nothing other than to type. Given the vastly increased workload, the typists at this corporation had to go in an overdrive. Every proposal (and there were very many of them) and every piece of correspondence (of which there were truckloads) had to be typed as a matter of humanitarian emergency. Staff was told to ignore the time. Even if it meant working deep into the night, the work had to be done.

This combination of unlimited budget, a severe crisis and the need for haste opened up a golden opportunity for the typists working for this entity. The crux of their argument was that there wasn’t enough in-house manpower to do all the typing in time, even with extended hours of working. Outside agencies would have to be roped in. These ‘outside agencies’ were in fact merely letterheads that the staff got printed on their own. The scheme was elegant in its simplicity: the staff typists would do the typing, and the last thing that they would type every day was the invoice from the ‘outside agency’ that ‘did’ the typing. Not satisfied with this, they would charge exorbitant rates for the work. For three years, it became an ongoing scam; in addition to their salary, they also drew loads of overtime AND billed the corporation extraordinary amounts for the work that they were being paid to do anyway.

In 1988, the rains returned on time and in good amount. Water was no longer scarce. Everyone in the state heaved a sigh of relief and rejoiced – except the typists at this corporation. They were immensely sad that the bonanza had ended.

Echoes of the controversies relating to the Covid-19 crisis that I listed at the start will, most assuredly, continue to reverberate long after the crisis has passed. While getting to the bottom of how these contracts were awarded is necessary, it is not sufficient in terms of setting the parameters within which a government functions. Specifically, the need is for a mechanism that prevents such ideas from being cooked up in the first place.

The typists’ plundering of public funds came to an end because of natural factors that are beyond human control. Hoping for such an ending in our case would amount to nursing hopes of being lucky. In other words, that cannot be a plan for the future. On the other hand, opting for what I call ‘the Visram Patel solution’ offends against Canadian nature in view of the violence involved. We will need some measure that obviates the need for violent deterrents. I will have more to say on the contours of such an arrangement, but in the meantime, perhaps we can agree that pre-authorizing governments to plunder public money, and then arguing endlessly about the plunder, is not the way forward.