WHO STOLE MY TEDDY BEAR? 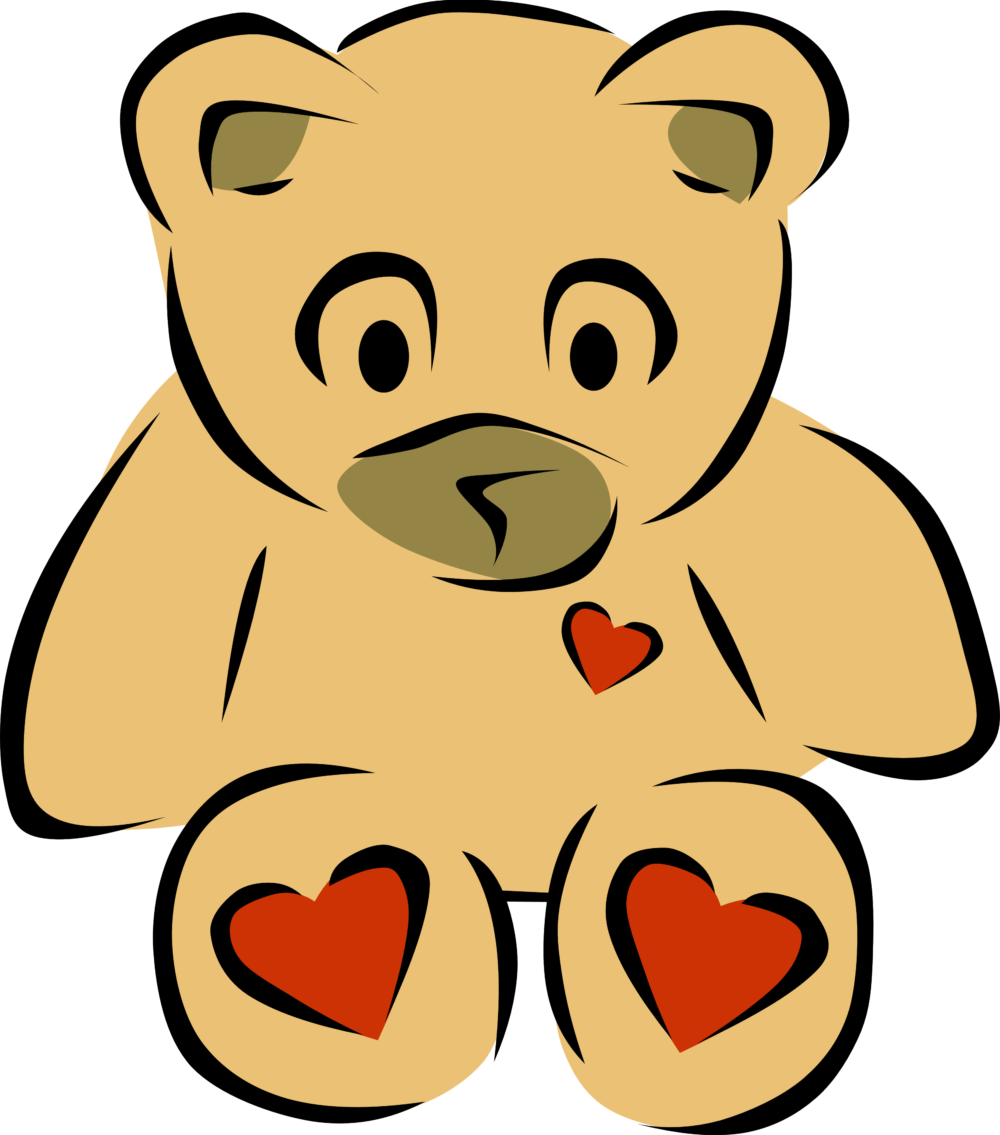 Public debate in Canada on fossil fuels mostly tends to revolve around their use as a source of energy. The contribution of oil to other areas of life in the form of myriads of petrochemical products is hardly discussed, if ever. The consequences of yielding to the demand to ‘keep it (oil) in the ground’ may be too abstract for those who have always had these products available in their lives. However, I have been ‘lucky’ enough to have experienced a life without these products. Here are some of my experiences.

I remember the first time I went into a Toys ‘R Us store. It was during my years in the UAE. The thing that struck me as the most remarkable was the sheer variety, both in terms of the types of toys as well as the materials used for making them. Compared to my childhood, it was a completely different world. Back then, toys were pretty basic, and required equally basic materials to manufacture. Miniature buses and cars were made of wood. We also had miniature boats, made with thin sheet metal that actually ran on steam (one used a candle to heat the water in a tiny compartment to produce steam). Then there were stuffed toys. Their production was almost totally artisanal, and handed down in families that specialized in this trade. The stuffing material was sand, or, occasionally, sawdust. The outer material was cloth. Sourcing of scraps of cloth was easy. In that era, most people wore tailor-made clothes. Tailors catering to people of diverse financial means were everywhere. The small scraps of fabric left over after making garments were available in abundance. Thus, the combined cost of materials for making stuffed toys was minimal.

In addition to wood, metal and fabric/sand/sawdust, a newer material had started becoming available – plastic. However, its technology was in the early stages of development, and manufacturing capability in India lagged behind the advanced economies. Therefore, toys made of plastic were notoriously brittle. Buying them was often seen as a waste of money.

Then, beginning in the mid 1980’s, a new variety of toys came on the market: soft toys. For the first time, I saw a toy that was made entirely of petrochemicals – chiefly, acrylic and polyester fibers – that wasn’t breakable. The softness of the product drew children to it like a magnet. Initially, these toys were within the reach of only the well-to-do. However, this was also the period when industrial units for manufacturing petrochemicals-based fibers in huge quantities were coming up. At the same time, with the Indian economy starting to perform much better than it had in the preceding decades, more and more people were beginning to afford things that had been beyond their reach earlier. Within a very short span, probably less than half a decade, the traditional stuffed toys were almost totally replaced by the new variety; the only remaining market for traditional stuffed toys was as an ‘ethnic chic’ decorative piece.

I often wonder what happened to the families – entire communities, actually – that had depended on making these toys for generations as a way of making a living. One assumes that they transitioned to other types of work. One also reasonably assumes that this transition must have been painful for them. It is possible that by now, the most remunerative activity for those who are still in this trade consists of making their artifacts live in front of foreign tourists. I am tempted to call this a variant of ‘poverty-porn’; people who have lived lives of affluence, being fascinated by the fact that others are able to fashion things from such meager resources. But at least the artisans are earning and happy. I hope.

On the other hand, millions of childhoods have benefited from the evolution of the toy industry, possibly even hundreds of millions. The role that toys play in shaping children’s minds and their creativity is well known. Greater variety of toys is, in other words, more beneficial to humankind. That additional benefit is the contribution of petrochemicals.

CUT FROM A DIFFERENT CLOTH

Around the same time, the revolution in petrochemicals was causing a fundamental shift in another area of Indian society: clothing. Three types of natural fibers were in use – cotton, wool and (to a very small degree) rayon. The use of silk was reserved for ceremonial use, as it continues to be. The varieties of synthetic fabric available until then had been limited, chiefly to terry-cotton and nylon. When I was a child, these fabrics were still viewed as fancier varieties, and garments made from them were worn sparingly to make them last longer.

Then, starting in the mid 1970’s, a new type of fiber revolutionized the textile industry: polyester. The initial varieties of fabric made using polyester fiber were uncomfortable, despite their smooth feel. In the heat, they did not absorb sweat. Their use was therefore limited, usually in garments worn at festive celebrations. In effect, they became the poor man’s silk, and were actually referred to as ‘artificial silk’, or more concisely, as ‘art silk’. In a very short time, however, better varieties came on the market that had the comfort of cotton but required less care. These were also significantly more durable. Economies of scale worked in opposite directions for cotton and polyester. As the use of cotton became less common, ‘pure cotton’ became a luxury item, while the multitudinous varieties of polyester became commonplace and within the reach of the common folk.

The textile mills producing cotton cloth had been behemoths, accepting raw cotton from farms and then processing it successively in the spinning, weaving and printing departments before the finished product left their premises. This lengthy series of processes made their working capital cycle very long – typically over 3 months. The newer industrial units processing polyester were, in comparison, much smaller and tended to focus on one particular step of the process of converting fibers into wearable cloth. This made them nimble. The old mills soon became dinosaurs, and the majority of them closed.

This was a catastrophe, at least initially. Each of the old mills had typically employed thousands of workers, with the major ones having more than ten thousand people on their payroll. The sudden collapse of the industry left hundreds of thousands jobless. Over time, many of these workers managed to find jobs in the new units in the polyester fabrics industry. However, the change was decidedly an economic disaster for millions of people.

The changeover from cotton to synthetic fabrics enabled India to become a major center of production of garments for the international market. After the initial shock of job losses was over, the textile industry became one of the drivers of job growth in the country.

RIGHT AT YOUR FEET

Footwear used to be of three varieties – all leather, leather top with rubber soles, and canvas top with rubber soles. In terms of color, one could choose between black or brown leather, or white or brown canvas. Each of the three varieties had its own weakness. Leather soles tended to absorb water, which made them weak, so they broke afterwards. This ruled out their use during the monsoon season. The rubber used for the soles was 10% natural, and thus a good conductor of heat.  In the summer season, standing on the pavement for more than a few minutes gave the wearer a burning sensation in the soles of the feet. The rubber was also brittle, so the soles would regularly crack, usually at the mid-point along their length, running all the way from the left to the right. White canvas got dirty very quickly in the dusty atmosphere of India, and the ‘polish’ that was available to re-whiten it was basically liquefied chalk. Once the ‘polish’ dried, the chalk didn’t stick around for long. Canvas shoes also allowed water to seep through to one’s socks, making the rest of the day miserable.

I remember my first pair of shoes that wasn’t of any of these three varieties. I bought it in the mid 1980’s on a visit to Mumbai. The upper and the soles of these shoes were made of different types of petrochemical-based materials. The soles were very sturdy and also kept me cool, regardless of the heat around me. The uppers were thick but soft, and impermeable. For the first time in my life, I had footwear that really protected my feet against any kind of weather.

Almost in the blink of an eye, this new variety of footwear became ubiquitous. In case of leather footwear, the rubber sole became extinct. All-leather shoes moved up the pricing ladder – their wearers were not expected to walk on watery surfaces. The vast majority of people wore footwear with soles made from petrochemicals, and life was markedly better for them.

The number of everyday things in our lives today that are made with petrochemicals is well neigh beyond accurate measurement. Stopping extraction of oil altogether would require us to find alternative materials for these products. The few times when this issue is brought up, the side advocating to keep oil in the ground gives a vague, one-word answer: HEMP. However, I believe that the issue requires a much deeper study – including the aspect concerning the impact on the environment of deriving these alternative materials. Like everything else, the question of substituting materials should rest on a comparative analysis of the environmental impact of both the alternatives. It is possible that we may end up having a mix of oil-derived and alternative materials. But the anti-oil lobby’s fixation with avoiding this issue altogether seems ill-advised, and may lead to worse consequences for the environment than continued use of oil for products other than energy.

And finally, in my view, there can be no worse consequence of keeping oil in the ground than not having teddy bears in the stores. Should that transpire, our children will not forgive us.