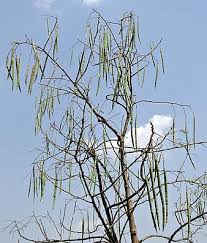 The massive financial aid measures that were implemented by the federal government in response to the economic shutdown caused by Covid-19 have revived calls to implement a Universal Basic Income scheme. Several Senators have formally proposed such a scheme as well, lending weight to these demands. Recent statements by Prime Minster Trudeau are being interpreted to mean that such a scheme may be in the offing. The debate around UBI is likely to heat up soon.

One long-standing objection against a UBI scheme has been that it creates a disincentive for work. On the other side, proponents of UBI feel that this argument accuses the intended UBI recipients of being intrinsically lazy and unmotivated to improve their lot. Recently, we received partial evidence in this long-running – and hitherto largely theoretical – tussle when the Alberta chapter of the Canadian Federation of Independent Businesses (CFIB) announced results of their survey, conducted following anecdotal reports that some recipients of CERB benefit were refusing to go back to work when asked by their employers. According to this survey, some 72% of the employees who refused to go back to work did so because they felt that they were getting paid sufficiently under the CERB scheme.

It is, of course, open to debate as to whether one survey from one province of the country provides us with a statistically representative conclusion for the entire country. Moreover, proponents of UBI believe in the idea with ideological zeal. Therefore, the debate is unlikely to be settled soon – if ever -based on this partial evidence.

I believe that while we are looking for the correct answer to the dilemma of not providing succor to the needy on one hand, and making them dependent on handouts on the other, we might benefit from some ancient wisdom. It could help us find the optimal balance.

Once upon a time, there was a successful trader, who lived a happy life with his wife and four sons. Then tragedy struck – the man died unexpectedly. He had been the sole breadwinner, so the family was left in a vulnerable position. In their view, seeking employment elsewhere was beneath their station in life. Initially, the family coped by selling off valuable possessions, but they ran out soon. There was only one thing that could provide a tiny bit of help – a drumstick tree (Moringa Oleifera) in their front yard. Every day, one of the brothers harvested some drumsticks before dawn, and sold them to the vegetable merchant, returning home well before daybreak. The sale proceeds amounted to a pittance, but the family coped by eating frugally and curtailing other expenses. It helped them believe that this arrangement enabled them to survive while maintaining their status.

One day, a distant relative came visiting. This posed a problem – custom demanded that the family should prepare a sumptuous feast for the guest, but it was beyond their means to prepare such food for six people. So, the eldest brother announced that he had been invited to dinner by a friend, and left home. The second brother said that he was observing a fast for the day on religious grounds. The third brother said that he had an upset stomach, so wouldn’t be able to eat. In those days, women used to have their meals after the menfolk had eaten, so the mother was not going to join the guest for dinner. This left the youngest son, who would accompany the guest. The family had enough money on hand to prepare an elaborate meal for two.

The visitor was smart enough to realize what was going on, but kept his counsel. Afterwards, well past midnight when everyone was asleep, he got up, took a hacksaw that was in the house, and cut down the drumstick tree. The wood of that tree tends to be soft, so there wasn’t much sound. Having felled the tree, the visitor collected his belongings, and quietly disappeared in the night.

Before dawn, the brothers got up to harvest some drumsticks. They saw that the tree had been cut down, and their guest was nowhere to be seen. It wasn’t at all difficult to put two and two together. Once they had gone through the usual stages of grief, from shock at their discovery to anger at the visitor, they were forced to confront the situation at hand. In the immediate term, they had enough drumsticks to help them tide over for a few days. This afforded them the time to prepare their minds for compromise. They went out seeking work with other traders. The traders had known his father and respected him, so they were happy to employ the brothers. In a few years, each brother had accumulated enough experience and savings to start his own business. The family thrived once again.

The distant relative heard about the improved fortunes of this family, and one day he came to visit them once again. The brothers touched the relative’s feet with respect, saying that if he hadn’t thrown away their crutch, they would have continued to spend their lives limping along.

The two mulberry trees in my backyard were quite young when we bought the house. In the first year, only one of them bore fruit, in a very small quantity. In the beginning, I didn’t know what kind of fruit it was. As the fruits grew, I realized that they were some kind of berries. I waited for them to ripen – but the squirrels got to them first. They must have gorged themselves, because one fine Sunday afternoon, I noticed that there wasn’t a single berry left on the tree.

The following year, I watched the berries grow and approach the ripening stage. I expected a repeat of the wipeout of the previous year – but it didn’t happen. Until the berries ripened fully, the squirrels didn’t even touch them. Once they had ripened, the squirrels would eat a few in one sitting, and then move on. I was puzzled. What was going on here? Then, a possible answer struck me.

As Michael Creighton has observed in his book ‘Prey’, when we see a meadow with rolling hills, we equate the scenery with peace and tranquility; however, in reality there is lethal bio-chemical warfare going on there. Plants produce substances that attract other creatures, but also produce substances to ward off too much attraction. Insects and birds are looking for food, while trying to avoid becoming food. When the effects of this perennial dance involving many players have accumulated enough to be discernible to humans, we call it ‘evolution’. On a human time-scale, however, it is easy to miss the minute changes being opted for and implemented by the living beings around us.

So, it was likely that my mulberry tree, having suffered the onslaught of the squirrels, had responded by changing the chemical constitution of the berries in the precise measure required to keep them away until the berries had ripened fully. Plants and trees produce fruits / seeds with the objective that the seeds may be dispersed by the creatures that eat them. Since the plant and trees are literally rooted to one spot, this is an important part of their quest for new ground where the species can survive. Losing an entire year’s output of berries (and thus seeds) before they have ripened enough to reproduce is a setback for the tree in this respect.

What is even more striking is that the second tree skipped this stage altogether. When it started yielding fruit a couple of years later, it did not suffer a wipeout at the hands of the squirrels. My scientific knowledge is limited, but I am open to considering the possibility that the bigger tree had managed to communicate to the younger tree about how to go about producing berries more effectively, from the standpoint of reproduction.

For the last two years, the spring season has been colder than usual. This has resulted in delayed growth of leaves and fruits on my mulberry trees. One major part of the trees’ ‘customer base’ consists of migratory birds such as American Goldfinch, or wanderers like Cedar Waxwing. These birds have their own schedules to keep. In a normal year, these schedules coincide nicely with the ripening of the berries. However, with colder springs, the trees risk missing the birds’ schedule. Luckily for the mulberry trees, the accumulated intelligence in their DNA provides for such a contingency: when coping with a late start, their berries ripen at a faster pace, even though many are smaller in size than usual. Essentially, the tree is making a compromise – it is better to have smaller berries (with fewer seeds) in a ripe state when the birds arrive than to let the berries grow larger and ripen when the birds have gone. In effect, the trees ‘know’ that as providers of food, they are merely one of the stakeholders in the system. They depend as much on that system (for propagation) as the birds do (for sustenance).

These lessons from ancient cultural wisdom and even more ancient biological wisdom can help us derive some useful elements for our system of social support:

I am not sure if the idea of a Universal Basic Income is the right one, and I am not alone. But any measure that we choose to adopt on this front should, I believe, incorporate the above lessons in order to lead to a more effective and long-lasting ‘social net’.