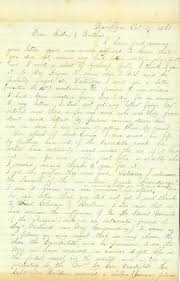 As the wave of finding fault with historical figures sweeps through North America, leaving toppled statues and vandalized monuments in its wake, it was in the scheme of things that we would hear about the proposal to rename Dundas Street in Toronto. The messaging in the media and among the activists is that he was a slave-owner, and furthermore, that he delayed the abolition of slavery by 15 years. Therefore, having places named after him is offensive. Furthermore, in the binary logic of our times, anyone arguing against the name-change is automatically deemed a racist who wishes ill to all black people. Politicians whose careers stand on signaling the latest virtue that happens to be in vogue will be hard put to resist the demand for the name-change. In the current iteration of secular theology, history is meant to be reviled. This is in stark contrast to the traditional view which held that history – whether collective or personal – could provide useful lessons for the present.

A DELAYED – BUT NOT BELATED – MESSAGE

Some years ago, there used to be a weekly publication in Gujarati language that was available for free in the GTA. It was called Gujarat Times, and posed as a newspaper. A weekly newspaper is an oxymoron, but this inconvenient fact does not stop dozens of similar publications in multiple languages from coming out every week. These are mainly vehicles for printing advertisements aimed at the ethno-linguistic group that forms the target audience for each of the publications. I have had no use for the ‘news’ or the advertisements contained in them. However, this particular publication used to carry excellent pieces of literature, so I used to make it a point to pick up a copy every week.

One short story that featured in one of the issues was about a middle-aged man who had been estranged from his father for many years. The father had been poor, but had somehow managed to put his son – an only child – through university. The son had got lucky in his job-search as well, and had landed an entry level job as a clerk in a government department. Having moved one rung up the ladder of hierarchy in about a quarter century, coupled with a secure and reasonably well-paying job, he now owned a small ‘flat’ (apartment), and was able to provide better for his two children than his father had been. With the assured pension of a government job, his years of retirement were also going to be comfortable.

One day, he received an envelope in his mail. It was from a lawyer in his native village and informed him that his father had passed away, and had been cremated. He had, of course, not left behind any assets to speak of; the lawyer’s letter was only meant to inform the son of his father’s demise. The lawyer’s short letter was accompanied by a lengthy, hand-written letter from his now-deceased father. In that, the father had narrated the circumstances of his life around major events that the father hoped the son would remember, as also the battles that he, the father, had fought in general. These weren’t mighty battles – just the kind of challenges that a person in a position of disadvantage in society contends with on a routine basis.

Reading the story, what struck me as the most remarkable aspect of the father’s letter was its tone – it wasn’t apologetic, nor did it seek to ‘explain’ anything. The father also didn’t accuse the son of not caring for him in old age – or of anything else. If one is allowed to read between the lines in a piece of writing that was so neutral in tone, it amounted to this: ‘Now that you have enough life experiences to understand what I have to say, here is what went on in my life’.

And at the end of the short story, the son understood.

WHAT IS IN A NAME?

Judging by the fact that a major street and a whole town had been named after him, I guessed that he must have been an important personality, and so I dug into the vast and accessible trove of information that the Internet is. I found that he had indeed been involved in the expansion of British influence in India, although only in his capacity as a parliamentarian in Great Britain. Plus, as early as in the 1790’s, he had been in favor of ending the trade in slaves.

Where he differed from the other proponents of the idea was that they were asking to end the trade immediately, whereas Henry Dundas was in favor of a gradual approach. The motion in the British House of Commons, which was passed, incorporating Dundas’s amendment, in 1792, was followed by other resolutions that were introduced by Dundas himself. These resolutions set out a plan to implement gradual abolition of the slave trade by 1799. In the end, after what must have been hectic bargaining, a deadline of 1796 was agreed upon by the MP’s – i.e. three years earlier than was originally proposed.

The motion and resolutions did not, however, receive consent in the House of Lords, where consideration of the measures passed by the House of Commons was deferred to later in the year – and then never revived. Ultimately, the Slave Trade Act was enacted in 1807, prohibiting the trade in slaves in the British Empire, because the political climate had changed, and it was widely believed among the politicians that abolition had greater economic advantages as compared to allowing the trade to continue.

So, while the legislative process did take 15 years to achieve the desired end, from the historical records, it does not appear like Henry Dundas was responsible for that delay. Quite the contrary, in fact; the delay seems to have happened in spite of his efforts.

With the current trend of reducing history and persons to a uni-dimensional essence (where that ‘essence’ is often completely wrong), these pesky details seem to have been missed altogether in the calls for the name-change.

Why did Henry Dundas want a gradual approach to abolishing the trade in slaves, rather than ending it immediately?

Historians have pointed to the records of the parliamentary proceedings of the time, and noted that his reason for opting in favor of a gradual approach was that he believed that immediate abolition would merely lead to merchants from other countries stepping in to fill the void left by British slave-traders. A gradual approach, on the other hand, would allow the plantation owners in the West Indies to adjust to the new reality over time. Therefore, a gradual approach would benefit black Africans more.

Was he correct in this assessment?

We can know the answer to that question only if Henry Dundas writes a ‘last letter’ to us. But even if he does, have we accumulated enough life experiences to understand his words?