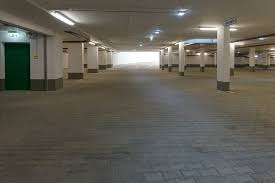 As the public debate in the wake of the anti-racism wave sweeps through Canada and other countries, it revived, perhaps briefly, an old issue. Over a dozen years ago, CBC had done a documentary on Sikh political engagement in Canada under the title ‘Samosa Politics’. In a tweet, Jaskaran Sigh Sandhu, a prominent Sikh personality in Canada, called that title racist. Veteran CBC journalist (now retired) Terry Milewski responded to this, saying that the documentary was about politics, not race. By the time I saw it, a majority of the replies to Mr. Milewski’s tweet were from Sikhs, and were almost unanimously critical of him. One of them, by a person using the moniker Harman, wrote the following:

“People like Terry get a second salary from their Brahmin masters to run a smear campaign against Sikhs, a white supremacist.”

In Canadian culture, it is generally frowned upon if someone makes a blanket statement of a negative nature about any specific community. However, there is a growing sense among sections of the Canadian society that the application of this is becoming uneven. Their resentment aside, I think we can agree that such statements by anyone are unwelcome in the public sphere in Canada. Nevertheless, I would prefer that views such as the one expressed by Harman were out in the open, where they can be challenged and/or subjected to scrutiny (although it wasn’t in this case).

A HINT OF FAMILIARITY

Some years ago, my work made it necessary for me to go to downtown Toronto every day. The place I was going to was a commercial high-rise building where many prominent businesses were located. The building had underground parking on several levels. Access to parking was not fully automated. The exit was manually controlled, with different attendants on a rotating shift. One of them was a lady. Judging by her face, I guessed that she was from Ethiopia. We got used to exchanging a few comments beyond the usual pleasantries, mostly about the main news of the day, as she processed my exit. Given the time constraint, these weren’t conversations, but brief exchanges. My guess turned out to be correct: she was indeed a first generation immigrant from Ethiopia. I mentioned to her that I had lived in Kenya for a number of years. The two countries share a border, and this minimal common ground made her open up more to me.

One day, as I approached the exit, I noticed that her mood was somber. I asked her if she was all right. She said that she was fine, but news from Nairobi had made her sad. Al Shabab had carried out a major terrorist attack there, killing dozens of people and wounding dozens more. I said that I had seen the reports and images already. Then, suddenly, she said, “You know, Somalis.”

I wasn’t sure how to respond. Luckily, another car approached the exit from behind me, so I nodded to her and moved on. Climbing the ramp, I wondered if she would have been as vocal about her view if she hadn’t known about my years in Nairobi, and concluded that she probably wouldn’t have. She was confident that, given my familiarity with the context, I would not misunderstand her.

As I emerged from the ramp on to the street, I saw the usual hustle-bustle of downtown Toronto. There was a Subway location a short distance away. The place was too small to accommodate more than a couple of customers inside, so it was usual for customers to line up outside on the sidewalk. I saw that a fairly long line had formed, consisting of people of different races, all oblivious to each other’s background. They were united in their desire to eat a sandwich, and nothing else mattered.

It was quite common for the old-timers in Nairobi to caution newcomers about the security risks in different areas and activities. I quickly became used to hearing things like ‘Don’t go out on foot after sunset’, or ‘Keep your cash in different pockets, so that when you are paying for something, all your cash will not be visible’. Then, one day, someone told me, ‘Don’t go to Eastleigh.’ I had no idea what dangers lurked there, nor had I ever had a reason to go to Eastleigh, but made a mental note of the caution.

Kenya also shares a border with Somalia, and like many other borders that were drawn by external powers, this border, too, isn’t logical. There are people of Somali ethnicity on both sides of the border. In a nation composed of distinct tribes, this poses a peculiar challenge – that of figuring out if someone is a foreigner or not. Moreover, this border happens to be in a very arid region, and population is sparse. This makes patrolling the border doubly challenging.

Soon after Kenya gained independence in 1963, there was a secessionist movement in this region, which lasted for over three years. However, even after the signing of a ceasefire in 1967, sporadic violence for secession, mixed with disorganized banditry, continued for decades. The response by the Kenyan authorities was also harsh. By some estimates, up to 10,000 people lost their lives in this violence. This period is known in local history as the ‘Shifta War’. I initially thought that ‘shifta’ was the African pronunciation of the English word ‘shifter’ (as an example, the word ‘officer’ is pronounced a ‘ofisa’), and the name owed its origin to the fact that the militants / bandits were able to move back and forth across the porous border easily, as is the case in Afghanistan. However, I was later told that ‘shifta’ is the Somali word for ‘bandit’. By the time I reached Nairobi, the war had ended.

It was common to see young Somali men loitering along the streets of Nairobi. Although they generally didn’t wear a jacket or a suit as was common due to weather, they were otherwise smartly dressed. Almost as a rule, each of them was seen chewing a mild intoxicant known in Swahili as ‘Mira’a’ (in Arabic, it is called ‘Qat’ or ‘Khat’). Nobody knew what gainful work they did, but they never seemed to lack for money. Ethnic Africans of all the remaining tribes, as well as Asians (as South Asians are called there) and whites all believed them to be petty criminals.

Most of the Somalis in Nairobi were settled in a part of the city called Eastleigh. It was just like any other part of the city, albeit with the difference that most of the people were predominantly Muslim and of Somali ethnicity. It had the usual mix of businesses such as bakeries, butcheries, clothing shops and so on. For all its normal appearance, however, it was considered advisable for non-Somalis to avoid going to the area. Every newcomer was told ‘Don’t go to Eastleigh’.

As I tried to comprehend the expressed views of Harman and the Ethiopian lady, I saw the effect of emotional baggage at work. Both had a firm opinion about a particular community, and this opinion was the result of experience that was either lived or learned. What makes Canada different from the places where their experience comes from is cultural context. The customers who formed a line at the Subway location were living their lives in a very different cultural context from those two individuals. Unless someone caused harm to those customers, they had no reason to form a negative opinion about that someone. That opinion would, hopefully, be limited to the person causing harm, and not extend to the entire community to which they belong.

Having said that, how do we react to the expressed opinions like those of Harman and the Ethiopian lady? I believe that shutting them down, or creating a climate where such expressions result in punitive measures, does a disservice to Canadian society. Forcing people to take their opinions underground would only result in those opinions festering. Open dialogue, on the other hand, would serve as sunlight. This, of course, cuts both ways. The fact that it doesn’t cut both ways is the real harm caused by ‘cancel culture’.