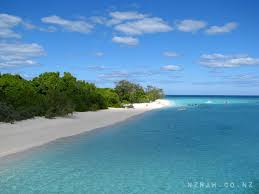 A friend of mine who runs a Facebook discussion group shared my recent article on the issue of defunding police departments to the group’s page. The post elicited very few comments by other members, all of them unanimously rejecting my arguments. That is not a concern for me, though. I believe in free flow of ideas and am more than willing to accept criticism. What caught my particular attention was that one of the members equated my thoughts on the issue with ‘cultural insolence’. This set me thinking. To my mind, ensuring the safety of citizens is the most fundamental and sacred duty of a State. Within the borders of the country, it fulfills this duty through instrumentalities such as the police, the judicial system and prisons. Therefore, a strong (but well-regulated) police force is an essential requirement for a peaceful society, in my view. Therefore, my opinion is that defunding the police is a bad idea. Why was someone calling it ‘cultural insolence’?

This group member is an elderly gentleman who had a long career in journalism in the Caribbean before immigrating to Canada. In recent years, he has self-published several books. During his early years in Canada, he ran small businesses in different parts of the country. I have a lot of respect for him, and he is also a good friend, so I could not just brush off his comment as a mistaken or biased view – there was something else at play. Why was a highly educated, intelligent and erudite person, and with richly varied experiences to boot, holding a view that Canada’s police forces are not a force for good, but in fact the exact opposite?

COUP D’ETAT AND OTHER TROUBLES

As I tried to understand where my friend’s assessment could have come from, I remembered him telling me once about how he had to flee from his native country due to persecution by the government. He is of South Asian descent. The South Asian community in his country had done well during the colonial days, and was considered financially better placed than the majority black community. It should be noted here that the distinction between ‘South Asian’ and ‘black’ is not clear-cut in many Caribbean countries; intermarriages were common from the early days, and it is not at all unusual for various branches of the family to be of different races or follow different religions. That said, when it came to discriminating against and/or persecuting the prosperous groups, the persecutors were pretty clear in their minds about who belonged to what race. My elderly friend had to leave all their assets and property behind, escaping to Canada more or less with the clothes they had on. He has worked hard in Canada as well, and manages to support himself even in his old age.

This story is fairly common in Canada. People facing persecution in their home countries make Canada their new home. Some have fled civil wars, while others have fled hostile governments or coups d’etat. Having come to Canada, most have prospered and all have been grateful for the safety that Canada offers them. We are happy for them and justifiably proud of ourselves.

It is often observed that although new Canadians coming from socially conservative societies should be natural allies and followers of the Conservative Party, they instead vote for the Leftist parties. There may be exceptions to this from time to time, such as in the Federal elections in 2011, or the Ontario Provincial elections in 2018. However, in general terms, these new Canadians are more inclined to vote for the Liberal Party or the NDP. I have been trying to understand this divergence between their beliefs and voting behavior for a long time – as many other, more qualified people also have been trying.

I have seen various possible explanations for this phenomenon. Most notably, it is claimed / alleged that new Canadians are easily lured by promises of freebies, and they tend to vote as a block. These theorizations may be partly true, but still don’t explain how these voters end up ignoring their deeply held beliefs to arrive at their voting decisions. Does the promise of free money trump ingrained social prejudices? And if it does, how does one evaluate the financial worth of a voter’s views on, say, abortion or same-sex marriage in order to arrive at the requisite quid-pro-quo in terms of freebies?

During my early days in Nairobi, I was catching up with some backlog at work. My assistant Eric had been holding the fort while I awaited my work permit in India, but there is only so much that one person can do. One day, I suggested to him that we stay till late to reduce the backlog. He refused it outright.

This was a culture shock for me. In India, it was unheard of for a subordinate to refuse to cooperate with a senior, especially when specifically requested by that senior. Anyone doing so would have been swiftly disciplined. Luckily, instead of reacting to Eric’s blunt reply, I decided to find out his reason for saying no. He said that while I would go back safely in a car, he would have to use ‘public means’ (the Kenyan term for ‘bus’), and at a late hour, he was certain to get robbed by the police.

‘Get robbed by the police’?

I was gob-smacked – and that is putting it mildly. This was second culture shock for me in less than a minute; a statement like this was completely outside all my knowledge and experience up to that moment. I asked him how that was even remotely possible. He said that since every person was supposed to carry his or her National Identity Card on their person, police could randomly stop anyone and ask for their ID. Ostensibly, this was supposed to maintain security, but in reality, this required the person to bring out their wallet, at which point the police had a habit of shaking them down for whatever amount of money there was in the wallet. During rush hour, when a lot of people were making their way to the bus stop, this was unlikely to happen. It was later in the evening, when there were hardly any people moving about on foot, that the police had a greater opportunity to be ‘concerned about public safety’. Since crime was common, including gun crime, every police officer was armed with a Kalashnikov.

I cancelled my plan of working till late, and we left the office immediately, bidding each other good-bye.

I have thought about this incident many times in the years since. Unfortunately, in many parts of the world, this kind of situation is fairly common. What makes it truly sad is that these countries are ruled by some of their own people. In colonial days, the colonizers had to necessarily oppress the colonized in order to sustain their rule. But the governments that came after the countries gained independence have largely proved to be equally oppressive. Almost all of our immigrants are nowadays coming from these countries, where the relationship between citizens and the State is one of antagonism.

However, Canada does not operate along those lines (with the unfortunate exception of the First Nations’ relationship with the State; that is a subject in itself). Citizens do not have to be afraid of the State. There is, however, latent fear among many new Canadians of being preyed upon by those in power. This fear creates fertile ground for a narrative that depicts certain segments of the Canadian society as being hostile to new Canadians on account of race. Because there is no reason to be fearful of the State, this narrative concludes with a goal to prevent these segments from acquiring control over the institutions of the State. Those creating this narrative portray themselves as the only barrier between vulnerable new Canadians and predation. This is an immensely clever, if cynical, political strategy: when forced to choose between their socially conservative beliefs and their personal safety, people will almost always choose the latter. Regardless of how many non-white Canadians reach the upper echelons of business and government, or even how many of them become reasonably successful and prosperous, the fear that it could all be taken away by a group wielding State power makes them intensely averse to that group. Only those immigrants who have the requisite self-confidence are immune to falling for this narrative of fear. I will call them ‘the windward islands among the new Canadian population’ – they thrive by facing winds that blow from across the vast ocean.

Until very recently, this group (that was said to pose a threat to new Canadians) was defined, by those who crafted this narrative of fear, as the Conservative side of the political spectrum. In recent times, other sub-groups were included, such as the alt-Right and the white supremacy groups. In the latest iteration, unfortunately, the State has added an arm of itself as one member of the group, viz. the police forces. While this is an easy sell given the background of the narrative of fear, this brings the State in conflict with itself. If this momentum is allowed to continue to build, the entire State will end up being a target of the ‘anti-racism’ movement. At that stage, the snake will have devoured itself.

I am grateful to my elderly friend for helping me arrive at an explanation of why immigrants from socially conservative societies vote for socially liberal parties, and why the same immigrants believe that police forces in Canada should be defunded. This mental exercise wouldn’t have been possible if he had shut my ideas out of his mind (and vice versa). May free speech continue forever.