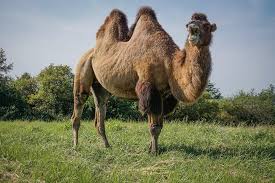 From my days in primary school, I remember one particular poem in our curriculum for Gujarati Language Studies. It was written by Dalpat Ram, a reformist poet in the 19th century who often wrote on the social issues and attitudes of the time. The poem is about a gathering of various animals and birds, and starts with the camel rising to point out that each animal and bird present had a body part that wasn’t straight. Just as in English, the term ‘not straight’ has the applied meaning of ‘flawed character’ in most South Asian languages. The camel listed the ‘character flaws’ of those present one by one: the stork’s neck, the parrot’s beak, the dog’s tail, the buffalo’s horns, the tiger’s claws and so on. In the last stanza of the poem, the fox speaks up, saying that while each of these animals and birds had one body part that wasn’t straight, the camel itself had many crooked body parts.

I was reminded of this poem a couple of years ago when it was reported that some students and activists were demanding the removal of a statue of Gandhi from Carleton University because they objected to his views on black South Africans and people of lower caste among Hindus. In recent days, I was once again reminded when a statue of Winston Churchill was defaced with graffiti during the anti-racism protests in the UK.

As it says somewhere in the book of Murphology: ‘The only people who find what they are looking for in life are the fault finders.’

We have come a long way – and not to a good place – from my childhood, when the focus was on learning about and trying to emulate the good qualities of historical figures. The depictions of historical personalities that we were presented with in childhood can be faulted for being overly eager to overlook the shortcomings of people who were generally seen as being on the right side of history. However, as I grew up, I was exposed to other material that did not shy away from discussing all the facets of these personalities. This additional information helped me to arrive at my own assessment of these figures.

For example, I came to know of Churchill’s role in diverting food supplies from British India for the British war effort during WW2. Food supplies had already been reduced due to the Japanese invasion on the eastern border of British India. The two factors combined to cause mass starvation, resulting in the deaths of between 2 to 3 million people in British India, according to estimates. Curiously, Churchill is not hated in India, or at least not hated to the degree that the anti-racism protesters in the UK displayed. This is despite the fact that the death and damage that he caused in India is significantly more than what the protesters in UK have experienced due to Churchill’s views and actions.

This brings us to the question: Was Churchill a hero or a villain?

The answer to the question is that it is a false choice. People are complex, and history is messy. Those who played a major role in history therefore tend to be more complex and conflicted. It is possible to have a strongly disapproving opinion of some of their ideas and actions while at the same time to be appreciative of their positive contributions to the world. Therefore, I cannot but acknowledge the pivotal role that Churchill played in confronting and ultimately defeating the Nazi regime of Hitler. Does this absolve him of his culpability in the deaths of millions of Indians? The answer is a resounding ‘No’. But, by the same token, those deaths do not take away from him the credit for resolutely leading the UK and allies in the face of a grave threat. There are two faces of the same person, and each face has to be seen separately.

The same reasoning can be applied to our understanding of Gandhi. He may have held views that we do not agree with, but there is a lot of good that he brought about.

Ironically, the two were adversaries in the context of India’s struggle for independence, and yet both are equally reviled by today’s Social Justice Warriors.

Another personality whose statue was removed and dumped in water this week is Sir Robert Clive. Now this is a name that is unlikely to evoke any positive – or even neutral – views in India. He was the one who got the whole colonization thing going when, in 1757, he defeated the ruler of Bengal, Nawab Siraj-ud-Daulah in a battle. In one stroke, he established British political control over a territory that was several times larger than England. He then set up a system of tax collection that was oppressive and became the foundation for the exploitation of the sub-continent. It is easy for someone who grew up in India to have a negative view of him.

But at the same time, it is also true that I am able to write this in English because the British ruled over India and established a system of western education. It may have been for their own interests, but I am a beneficiary of that.

My conclusion is this: there is good and bad in this world. When it exists in the present, one fights the bad and tries to advance the good. When it is in the past, one learns about it and from it, so as to be able to derive useful lessons that can (hopefully) be incorporated in one’s own actions. One does not obsess about the wrongs committed in the past, because those who cannot get over the past are condemned to re-live it.

As I said above, we have come a long way from my childhood days when it comes to assessing historical figures. Talking of Canada, we have also come a long way from our Judeo-Christian roots, a fundamental tenet of which being the acknowledgement that all human beings are flawed and prone to the same failings. We were, therefore, warned against pointing a finger at others.

Over the last decade or so, however, an environment has been fostered that places a premium on the ability to point fingers at all kinds of persons, whether they are dead or alive. Those in the former category are easier targets because they are not around to defend themselves. Their physical existence is reduced to statues, and while these statues may serve to remind us of their existence, statues can’t speak or act. They can be easily toppled. And in the act of toppling them, we lose our ability to learn about our own past, and how we got here. We will then be free to repeat their mistakes – but perhaps not their achievements.