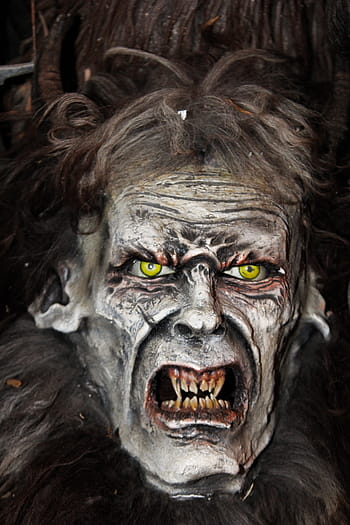 Social media is often called an echo chamber, and with good reason. However, in reality it is just another tool at our disposal; it is up to our choice how we use it. It can be used with equal effectiveness to accentuate partisan divides or to bring people together.

When I joined Facebook some years ago, it was because I saw it as an easy way to connect and communicate with people across Canada. Over time, I have acquired friends who are all over the map, literally as well as figuratively. My friends list includes people of many religions, races, age groups, places of origin and political ideologies, living all across Canada. I have benefited immensely through my communications with them, and I owe a great deal of my understanding of Canada to these meaningful interactions.

One of them, a senior whom I respect greatly, once shared with me a video from India that showed several men seemingly guarding a street and checking the ID’s of passers-by. They were all dressed in traditional garb, or at least had a long scarf draped around their necks and almost reaching their thighs. All the scarves were of saffron color.

At the time, religious tension was running high in India, and the video was posted with the message that these were Hindu vigilantes attempting to target Muslims. Normally, I stay away from events and issues of the sub-continent, because I think they are divisive for Canadians. Regardless of what one may think or believe about these issues, they have little practical impact inside Canada except for the very few. At the same time, these issues can be very emotional ones for many Canadians. I feel it is better to steer clear of them so that as Canadians, we can stay focused on our shared issues here in Canada. In spite of this, and because I respect this senior, I decided to check out what the video was about.

I soon realized, and later pointed out to him, that the song playing in the background was ‘garba’, a cultural specialty of my native state of Gujarat. These are typically accompanied by dancing in a circle in a specific manner during a festival called ‘Navratri’ or ‘Nine Nights’. The festival is originally of a religious nature, but has morphed beyond that in modern times. I witnessed the transformation of the festival in my teens, from a neighborhood affair to large, garish events. Originally, participation was open to all, but over time, some undesirable men started attending and harassing the girls and women present. In Canada, we would call them ‘low-lifes’; in India, they are called ‘anti-social elements’. As a response to this, organizers of these events started issuing passes, one separate pass for each day. The events are held in the open, so a boundary of sorts started getting erected, with a specific place for entering and exiting the place. Given the nature of the function, the people (usually young men) entrusted with the task of checking the passes of the people coming in are dressed same as everyone else, in ethnic garb.

Someone who doesn’t know this background as well as the context of the video can be excused for accepting the claim that these men were vigilantes. Especially at a time when religious tensions were running high, it would sound like a perfectly valid claim, although a keen observer would have noticed that the video gave no clue as to when it was taken. I explained the whole matter to my senior friend. Since he has lived in India for most of his life, and has been to various places there including Gujarat, he was able and willing to accept my explanation.

WHAT YOU DON’T KNOW MAY SCARE YOU

The reason why I think this incident is relevant in the Canadian context is because,
(a) the increasingly multicultural make-up of our society increases the probability that we will be unfamiliar with nuances of the culture(s) of our fellow-Canadians, and
(b) the official policy of multiculturalism is, perversely, keeping us from knowing more about other cultures.
The resulting unfamiliarity makes us apprehensive of the people we don’t know or understand. This applies equally on both sides of the divide.
Let us briefly examine these two aspects.

We intuitively believe that the more diversity we have in our society, the greater our exposure to different people. This is true, but only in the local context. Given the distribution of population in Canada, our cultural diversity is concentrated in a handful of urban centers, notably in the Greater Toronto Area, and Vancouver and its suburbs. Other large cities have less concentration of ‘diverse’ (political-speak for ‘non-white’) populations, but there is still a good chance of cultural exposure. Outside of these areas, Canadians have little to no exposure to, or interaction with, cultures that do not trace their origins back to some part of Europe. However, events and developments that are either newsworthy or of general interest to Canadians do get influenced more and more by non-European cultures as well as people, and get discussed at the national level. These are perceived in drastically different manner depending on location. One possible instance is the Panj Pyare (the five beloveds) of the Sikh tradition, who may be seen marching on the streets with open swords. This would be unsurprising to someone in Brampton, ON, but could be perceived as shocking by someone in Airdrie, AB, and outright peregrine by another person in Forget, SK. The fact that this massive gap in perception exists is less disturbing than the realization that as a society, we have invested zero effort in closing it.

This divide among Canadians is often explained (or painted, if you prefer) in terms of racial differences. I think this is mistaken. The real divide among Canadians, as I see it, is urban v/s rural. While life in rural Canada continues to be on a trajectory that continues along the lines of its European-derived past, urban Canada is increasingly diverging from that path in order to accommodate and integrate influences from other regions of the world. Being a member of a nation is about having a shared destiny with other members. For the two segments of today’s Canadian nation, viz. urban and rural, their respective sense of destiny is no longer shared. Not only that, but the divergence is unacknowledged and therefore un-reconciled.

Even among urban Canadians, significant barriers remain, and may in fact be getting more difficult to surmount. Government support through the policy of multiculturalism often translates, at the grassroots level, to providing funding for various social organizations. Many of these organizations are based on social divisions in the country of origin of new Canadians. It should be obvious that a structure based on divisions abroad cannot contribute to achieving unity in Canada.

Over the last decade and half, I have observed such organizations being formed around increasingly narrower identities from ‘back home’. For example, some organizations were based on ethno-religious identity, and so some Canadians of the same ethnicity but belonging to another religion were not members. Then I started seeing organizations formed around sect, and later sub-sects as well. The same holds true for organizations based on geographic identity where the area from which immigrants originated has kept narrowing, as also those based on caste moving on to sub-caste.

Amidst busy lives, hectic schedules and a plethora of media (usually from ‘back home’) to consume via multiple channels, participation in these cultural activities leaves new Canadians with absolutely no time or energy – let alone the inclination – to try and step outside the boundaries of their very narrow sub-section of a sub-cultural cocoon so that they may get to know about other cultures. Therefore, just as urban and rural Canada have come to occupy two different universes, Canadians in urban centers are alien to their neighbors.

The net effect of all these divides is that our social fabric is fraying, and not just at the edges but in the center as well. The urgent need of our times is to arrive at a unifying vision that gives every Canadian a sense of shared destiny. Unfortunately, emphasizing differences among people is politically profitable, so any move in the directions of unification will have to come from the society itself.