Drama Behind The Stage 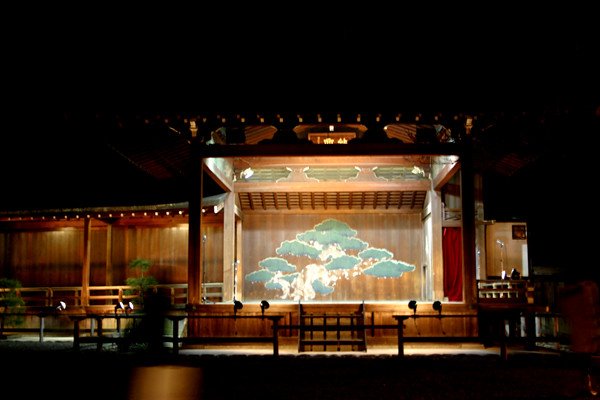 (Note: This is a translation of my article in Gujarati, published in Gujarat Abroad on March 24, 2017)

During election campaigns, it is common to find that the debate, instead of focusing around the important issues of the time, revolves around allegations, personal attacks and general statements that are pleasing to hear, but in the end meaningless. As a consequence, voters are deprived of the information that is required to select the party that is best suited to run the affairs of the state in the context of contemporary issues. Yet, when the result of an election is at hand, nobody hesitates to characterize it as ‘people’s mandate’. The painful fact that the information needed to give such a mandate in a meaningful manner was unavailable to those giving that mandate is conveniently ignored. Consequently, the entire process of elections appears to be a charade of phony characters, clad in fashionable clothes, delivering artificial lines that they themselves know to be untrue. The only role of the voters is reduced to rendering a verdict on whose drama was more entertaining in their view.

These facts, while disappointing, are not unfamiliar. But now our topic of discussion is the drama that takes place behind the stage. The relevant secret is that what appears from the auditorium as the wings of the main stage of the drama is, in fact, another stage, on which a completely separate drama-competition is going on. The rules of this drama-competition are different from the one going on the other stage that is visible to us. Here, the deciding factors are not an attractive personality, attractive clothing, and rousing (but hollow) rhetoric. Just as there is a contradiction between the dining area of an expensive restaurant, characterized by quiet, comfort and opulence, vis-à-vis its kitchen where heat, humidity and hustle dominate, similarly, the atmosphere of this behind-the-stage drama is completely opposite to the one being shown to us on the visible stage. Here, the winning formula consists of leg-pulling, influence-peddling and the ability required to be a good door-to-door salesman (in this case, the product is the party’s membership). The intention here is not to single out any particular political party, because this is a system-wide phenomenon, and affects all parties. In a previous article, we saw how injustice was done to Ms. Maddie Di Muccio by the Ontario PC Party during the nomination process for the riding of Markham-Aurora. Today we will discuss the recent cases that were reported for the federal Liberal Party.

For the by-election to be held in riding of Markham-Thornhill, one of the contestants for the Liberal Party’s nomination, Ms. Juanita Nathan, complained that the party had committed irregularities in order to ensure that Ms. Mary Ng, a staffer in the Prime Minister’s Office, could win the nomination. The thing to note here is that Ms. Ng does not even live in the riding. As we have noted, contesting for nomination requires the contestant to sell the party’s membership. The reasoning behind this is that those new members who bought the membership from a particular contestant would vote in the favor of that contestant. Thus there is a competition among the contestants to sell the maximum number of memberships. Ms. Nathan alleged that the cut-off date for selling memberships was changed retrospectively, i.e. in an unfair manner, to give an advantage to Ms. Ng. Her complaint was to no avail, and Ms. Ng was successful in securing the party’s nomination for the riding. This parliamentary seat has become vacant due to the resignation of former minister John McCallum (who was appointed as Canada’s ambassador to China), so there is a strong possibility that on the by-election to be held on 25th / 26th March, Ms. Ng would be the winner. If that happens, would it be fair to describe her victory as a ‘people’s verdict’? Apart from the (relatively) handful of supporters and party insiders, the public at large didn’t even get an opportunity to participate in the process of selecting this candidate. Can someone, who emerged as the party’s candidate by taking recourse to dirty politics within the party, be fairly called a representative of that public? In reality, this person is but a pawn selected by the party’s top-brass.

The other case is of the riding of St. Laurent, near Montreal. The seat also became vacant due the resignation of a minister, in this case Stephane Dion (who was appointed as Canada’s ambassador to the EU). Here also, the strongest local contestant was pushed aside, with the intention of parachuting Ms. Yolanda James into the parliament. Former deputy mayor of the city, Mr. Allen Desouza, was disqualified by the party on the grounds of the corruption that allegedly took place in the city mayor’s office at the time. The truth is that Mr. Desouza has no connection with these allegations. Although in this case, the contestant anointed by the party’s top brass did not win the nomination (a previously unknown contestant, Ms. Emmanuela Lambropoulos emerged as the victor), this should not cause us to jump with joy that the people’s will prevailed – because the fact is that the number of votes secured by Ms. Lambropoulos is a massive 626. In the last election in 2015, this riding had 68,685 voters. So her nomination is the result of support from less than one percent of the voters in the riding. This is a safe seat of the Liberals, so Ms. Lambropoulos’s victory in the by-election is more or less a given. Having become a member of parliament on the strength of 0.91% of the voters in her riding, she will then claim to have the ‘people’s mandate’. It is not possible to deliver a harder slap on the face of democracy.

What is the solution to this problem? The same nomination contest in St. Laurent yields an answer. The second-placed contestant, Ms. Marwa Rizqi, secured 508 votes. Ms. James, in her unexpected debacle, secured 132 votes. Overall, a grand total of 1,353 voters deemed it necessary to devote time to participate in a process that forms the very base of democracy. This number represents 1.97% of the total number of voters in the riding. What is required is for the remaining 98.03% voters to get up from their comfortable seats in the auditorium, cross the visible stage while paying no heed to the fake drama going on there, and participate in the real drama taking place on the stage-behind-the-stage. That is the only way they can control the script of the drama being played on the visible stage.