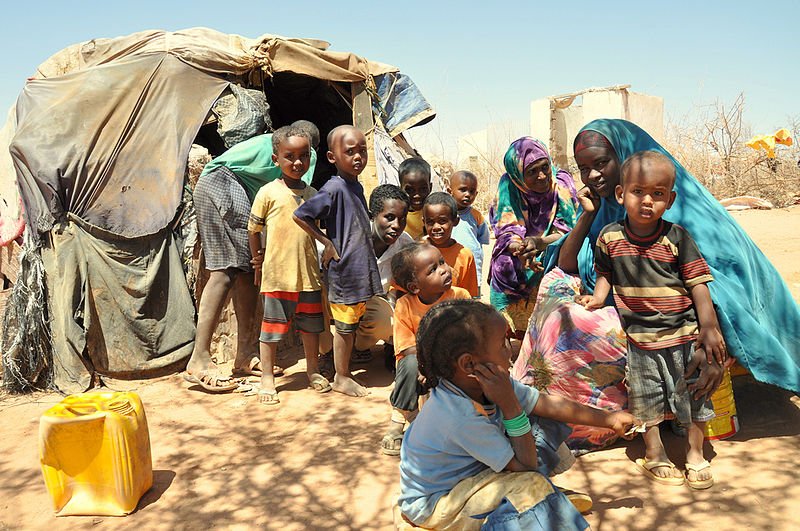 Why do people who fled oppression and genocide to the safety of Canada start believing that Canada is an oppressive and genocidal country?

One of my unique experiences in Canada is that of seeing official apologies being offered for various wrong policies and actions of government in the past. While I don’t think I have seen any such act of apologizing go unchallenged by some Canadians, I think it would be safe to say that these acts enjoy broad support in the society. Self-reflection is a good thing, and like every good thing, it can be done in excess. In the current context, this excess consists of being apologetic for things that haven’t yet happened, as well as things that did happen, but about which the needed social agreement has not yet emerged. However, finding new things to be apologetic about – and forcing Canadians to be likewise apologetic – has become politically beneficial. Like most political strategies that are formulated solely for partisan gain, this one also causes lasting harm to societal cohesion. Since the things to be apologetic about have not yet happened nor agreed upon, a narrative of guilt has to be constructed, where one can be found guilty by association (however tenuous the association may be; questioning the association only serves to make one guiltier in this narrative).

The biggest negative impact of this strategy of deriving political mileage out of thrusting a culture of guilt on the society is borne by the newcomers. Lacking historical context, they are unable to challenge the narrative on facts. Moreover, those newcomers who arrived in Canada by fleeing oppression (and worse) in their countries of origin are mentally predisposed to sympathizing with such narrative, based on their personal prior experiences. The narrative, then, has the effect of keeping them trapped in a negative state of mind, which prevents them from enjoying inner happiness. The objective behind fleeing to safety gets negated.

In all objectivity, this situation isn’t unique to Canada. Reviewing similar situations elsewhere can help us understand and ameliorate ours.

GRAINS IN THE SAND

I was in Kenya when Somalia disintegrated into civil war. The two countries share a border, and refugees from Somalia started pouring into Kenya. At one point, we had over 2,000 refugees coming every hour. The hastily organized refugee camps on the Kenyan side struggled – and generally failed – to cope with the influx.  Watching these images on CNN was painful.

One of these images has stuck in my mind. A relief worker emerged from a tent with a huge container of steamed rice. The sight of food escalated the jostling among the gathered starving refugees into a stampede. In the melee, the container fell to the ground, and most of the rice was spilled. The refugees began to scoop up the rice – which was now coated in sand – by hand, and carried away whatever they could lay their hands on. The TV coverage did not show how – or if – they were able to eat that rice.

Watching this, I shut off my TV and reflected on what I had just seen. The fact that they had been moved away – by themselves or by others – from mortal danger did not seem to have abated the refugees’ sense of panic – and for good reasons. Being uprooted from their homes and sheltering in a hastily set up, poorly equipped camp presented them with a whole set of challenges. While food was being provided, and would have been somewhat sufficient to at least keep them alive if it wasn’t wasted, this wasn’t the normal way they obtained their food. The confidence level of getting their share was near zero. Intuitively, they engaged in fierce competition for food even if that caused a risk of the food not remaining available at all.

My takeaway from this image was that finding a safe refuge away from danger does not immediately dissipate the sense of danger. Had there been a better effort at organization in the camp, the same refugees would have received some rice to eat, without the coating of sand. But because they had been left to their own devices, their fear of starvation – which had replaced their fear of being killed – took over. This resulted, in the end, in their own loss.

In my teens, I became fond of reading novels by Robert Ludlum. They fall in the ‘thriller’ genre, and contain the right mix of mystery, adventure, danger, violence and gore that appeals to the demographic to which I belonged. In one of his novels (I forget exactly which one) one line keeps appearing from time to time:

‘Base the lie on an aspect of truth.’

Little did I know then that this advice applies not just to espionage, but also to the field of politics. Oh, the innocence of youth!

As I see it, the current narrative of collective guilt is based on the truth of racist policies of the past (whether the people responsible for these policies meant well or not is less relevant here). It then applies this history to certain isolated incidents happening in Canada to conclude that the racism of the past is alive and kicking in the present as well. The fact that these acts in the present are engaged in by individuals / small groups (as opposed to the government or society at large) is skipped over. The question as to whether these instances constitute a statistically valid sample in order to derive conclusion about the whole society is also conveniently ignored. Moreover, the ‘data’ leading to this conclusion is sometimes of dubious provenance, e.g. complaints of racism being treated as ‘data’, rather than actual cases where charges may have been laid, prosecuted and adjudicated. Without meaning any disrespect for the people making the complaints, it should be possible to state that the standard of proof ought to be a tad higher if we are going to lay blame on the entire society for being racist. But questioning this ‘data’ puts one instantly and automatically in the ‘racist’ category. The net result is that accusation suffices as proof, as far as ‘data’ on racism is concerned.

The final step in this narrative – the veritable coup de grace – consists of extending its application to the future. It doesn’t matter if you have been an exemplary non-racist citizen until now; if you have certain inalienable attributes (read: white skin), you will commit racist acts in the future.

In summary: Canada was racist in the past (fact), it is still racist in the present (based on questionable ‘data’), and therefore you are a racist (because you will commit racist acts in the future as you are white).

This argument suffices to convince the refugees in Canada that Canadian whites pose a risk to them. Their fear of danger has not yet abated, so they are highly receptive to suggestions of danger coming from any direction.

This brings us to the question of why the people warning about the danger of racist violence are considered credible, especially by those Canadians who have fled danger for the safety of Canada. In this context, it is helpful to remember that the objective of this narrative is political gain. So, the perception of rampant racism and ever-lurking danger for vulnerable populations is meant to achieve the following ends:

It is of considerable help that the said political opponent is perennially clueless about how to present an effective counter-argument (or preferably, a counter-narrative) to dispel the misconceptions being promoted.

The end-product of this ongoing process (because it continues to work on each incoming individual) is that while they may be living safe and (hopefully) prosperous lives, they start believing that their favorable circumstances, vastly better than what they fled from, are perpetually at risk of deteriorating through the actions of a particular set of people in Canada.

I suspect that this isn’t a new development. What is new is that the imagined ill-will of this set of people is applied to the entire country. In my view, this is a political failure, but not an inadvertent one.

Given that the genesis of this narrative traces its roots to the systematic efforts to eradicate the indigenous identity of our First Nations people, it is to be expected that the word ‘genocide’ will enter the discussion at some stage. Of late, there have been efforts to reinterpret this loaded term. That may, in all fairness, not be a wrong thing; language evolves all the time, and words acquire a different – or added – meaning as time passes. It is for this reason that we hear the term ‘cultural genocide’ frequently these days. The crucial questions in the present time are as follows:

On the last count, it is worth noting that the entity that is the most vociferous proponent of the narrative (the current federal government) also happens to be the one best placed to end the situation once and for all. Are any meaningful efforts afoot in that direction? I am tempted to conclude that the answer is ‘no’, because if they were, we would have seen the narrative being toned down at least a notch or two – not to mention actual results of their efforts. However, since the objective here is to win lasting political allegiance, any resolution of the problem runs counter to the interests of the people who keep saying that the problem exists. The consequent fraying of societal cohesion among Canadians is just collateral damage for them, for which the price is paid by others. Unless and until Canadian people decide to fence off the well, the politicians will keep returning to it.