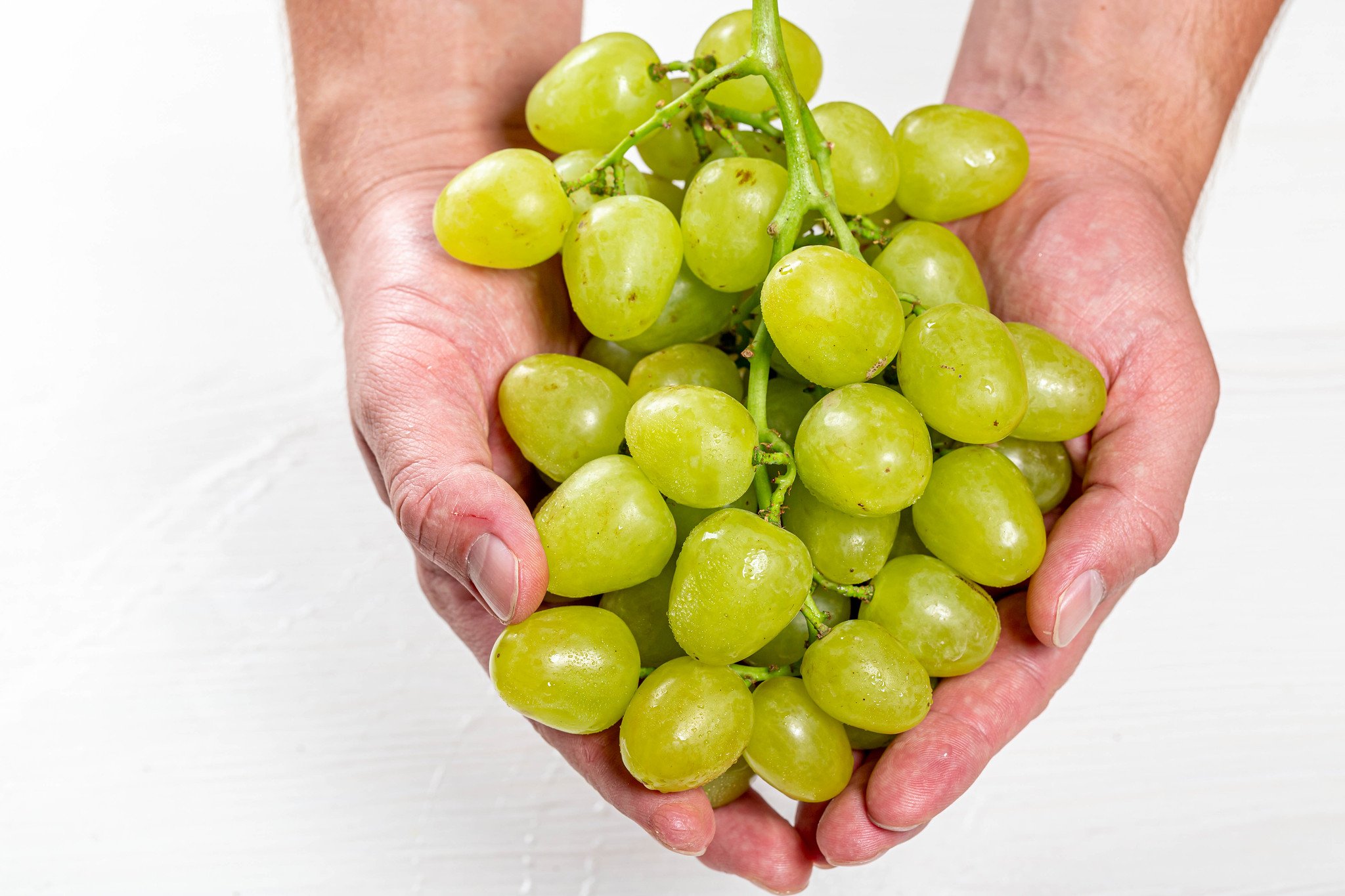 (Image Credit: Flickr account ‘Marco Verch Professional’; the image is at this link. Used without modification under Creative Commons Licence)

Ontario NDP’s proposal to increase minimum wage to $20/Hour reignites the perennially unsettled debate about the impact of such increases on employment. Unfortunately, we don’t have the required data to settle the debate.

In one of the most unsurprising ‘news’ of the election cycle for 2022 in Ontario, Andrea Horwath, the leader of the provincial NDP, announced a plan to increase the minimum wage to $20/Hour in gradual steps, stretching out to 2026.

It was equally unsurprising that the reactions and counter-reactions from both the sides of the argument were ‘well-chewed’ (borrowing a term from my mother tongue Gujarati). This is of a piece with a phenomenon that I explored in my earlier article ‘Structural Dysfunction’. In that article, I wrote:

“… public opinion is … intensely divided on a verifiable fact.”

Observing the latest eruption of this debate (or what counts as debate in Canada) on the issue of minimum wage & its impact on employment, I realized that the term ‘verifiable fact’ is itself in dispute in this case.

What are these facts? Here is a short list that can help us arrive at a sharper picture:

On these matters, just as in the case of many other areas of public policy, we do not have as extensive and readily accessible data as, say, the US. My search for relevant data on this subject yielded less than satisfactory results. It is possible that this data is being collected and crunched somewhere, but accessing them appears to be a matter of esoteric knowledge.

Given that background, all the conclusions that I derive in this article must be taken with not just a pinch but a handful of salt.

I have limited my analysis for this article to all data stopping at February 2020. This is because starting in March 2020, the Covid-related lockdowns and other restrictions have distorted economic numbers. My objective here is to arrive at conclusions that hold true (or broadly true) in conditions where the job market is able to function without external influence, especially coercive influence imposed by the diktat of the State. I think we can agree that our job market, and economy in general, ceased to operate independently beginning in March 2020. This renders the data from March 2020 onwards not useful for our purpose.

I wanted to get the unemployment numbers in Ontario stretching back from February 2020 to the last major change in minimum wage, which was announced by Premier Wynne in 2017, and possibly beyond. The only source where I could get all the numbers in one place was a website called ycharts.com. This appears to be a private website and therefore is not the primary source of this data.

It is therefore clear that the sudden jump in minimum wage from $11.25/Hour to $14.00/Hour did not cause any noticeable change in the rate of unemployment.

However, those who have studied this subject know that the rate of unemployment has to be viewed in conjunction with the participation rate. This number reflects the percentage of people in a population who are either employed or looking for a job. Obviously, it can never be 100%, because of retirees, homemakers, children etc. As a rule of thumb, a participation rate of around 65% is considered healthy.

I could only find a source for participation rate across Canada, and not for Ontario specifically. I have to necessarily assume that the data on this measure fairly represents the situation in Ontario. I located this data at the website tradingeconomics.com. Once again, this appears to be a private website and therefore not the primary source of the data.

Between the period of September 2017 and February 2020, the participation rate is seen to fluctuate within a very tight range of 65.5% to 66% (although going back to the year 2012, we do observe a gentle but secular decline from 66.5% to 65.5% between 2012 and early 2020). In March 2020, the number plummets to a touch below 60.0%. Combined with a higher unemployment rate (at 7.40%) in that month, one can see the carnage on the front of people’s personal finances (more people were unemployed even when fewer people were looking for work) – but that is beyond the scope of this article.

What matters here is that between September 2017 and February 2020, both the unemployment rate and the participation rate generally held steady. The much-feared adverse impact of a sudden jump in minimum wage doesn’t seem to have transpired in reality.

With that reservation in place, what does the above conclusion mean? Did the sudden increase in minimum wage, and hence increase in labour cost, in 2017-2018 not cause more unemployment?

Businesses can cope with an increase in the cost of labour in a variety of ways, either singly or in conjunction:

The main assumption in the argument that increasing minimum wage causes job losses is that businesses will opt solely for way #1. This is of course a faulty assumption. When businesses decide to reduce workers’ hours, its impact is registered neither in the unemployment rate nor in the participation rate. Taking those numbers at face value therefore leads us into a fool’s paradise.

If businesses choose to pass on the increased cost of labour to their customers, it would register as inflation. However, inflation is caused by the combined effects of a multiple factors, so isolating the impact of one single factor is rendered arduous.

To make matters more complicated, if businesses opt to reduce some workers’ hours while passing on some of the increased cost of labour to customer, the effect of reduced income of its workers on GDP offsets the opposite effect of increased spending of its customers on GDP, at least to a degree.

It is clear, therefore, that we must venture beyond the realm of macroeconomic data to refine our understanding of the effect of increased minimum wages on employment.

Where does this journey take us?

SIGNS OF THINGS TO COME

One obvious disadvantage of empirical data is that they collectively constitute a rear-view mirror. The level of employment in the future will obviously depend on the factors that emerge and/or exist in the future. But as Sir Arthur C. Clarke famously noted,

“It is difficult to predict, especially the future.”

(This saying has been variously attributed to different famous people, including Yogi Berra.)

Suffice to say that we are on uncertain grounds here. But one useful measure in this regard is the ‘hiring intentions’ of businesses. By juxtaposing the various increases in minimum wage with the hiring intentions of businesses over time, we can arrive at the correlation between the two. This would guide us in estimating the likely effect of the NDP’s proposed increase on the job market.

However, I was unable to locate any source that compiles historical data on this measure for Ontario or Canada; I could only find current reporting, such as this report in Financial Post from September 2021. It should be noted (as I am sure you have) that the report is from a period before the announcement by NDP, so its findings are inapplicable in our present context.

I think what we need is an opinion poll of recruiters as to what their hiring intentions would be if the increased minimum wage as proposed by the Ontario NDP comes into effect.

Absent such scientifically collected information, we must depend on something that I try to avoid – anecdotes and conjecture. But that is all we have on hand at the moment.

The unmistakable feature of the march of civilization is that as time passes, more and more work gets done without human intervention. The technological innovations that make this march possible are often costly. As is perfectly normal, a business will seek out the option (human v/s technological) that makes more sense cost-wise. In this regard, the cost of borrowing is a major factor, as is the potential savings of outsourcing the work to a jurisdiction where labour is cheaper.

It is also common for the cost of technology to decline over time.

Currently, the cost of borrowing is minimal. Given the excessive spending that our governments have had to engage in over the past two years, there are apprehensions in many quarters that interest rates may rise sharply over the next year or two, in light of economic realities. But I am of the view that this is more a political decision than an economic one. It is worth remembering that back in 2008/2009, when Canadian government had to resort to spend then-unthinkable amounts and run up unprecedented deficits, similar fears were being voiced – but they didn’t turn into reality. It is therefore at least somewhat likely that interest rates may not change beyond a token move or two over the next few years.

The combined effect of an extremely low cost of borrowing (especially for large corporations), declining cost of technology and offshoring of operations, businesses may find it more cost-effective to replace human workers with automated systems (to a much greater degree than is the case now). As we all know, the easiest jobs to automate are the ones at the lower rungs of the hierarchy of work, i.e., those at or just above the minimum wage. Especially when the increase is of the order of nearly $5/Hour (or over 30%), the incentive to automate the worker’s job is even stronger; the extra $10,000 a year (plus additional costs such as EI and CPP contributions etc.) for one full-time worker may in fact be greater than the cost of the piece of technology that could replace that worker.

The above is, of course, a hypothesis. But if it comes to pass, we can rely on the government to announce ‘relief’ (perhaps a Universal Basic Income) to ‘help’ the workers who were rendered jobless because of the same government’s policy on minimum wage.

EPILOGUE I am not sure if any of the conclusions that I have drawn here are true, in part or in full. But having undertaken this exercise, now I know why we don’t know if raising the minimum wage has an adverse impact on employment or not.