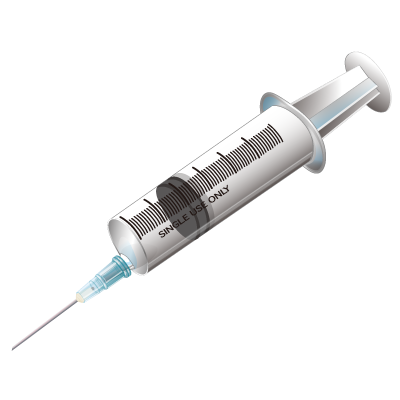 In the backdrop of periodic booster shots, making everyone’s employment conditional to proof of their vaccination status creates a grave danger to national security. Our authorities & commentariat are blissfully unaware of this.

Some time ago, I was in a Twitter conversation where my contention was that Canada is geographically at a disadvantage when it comes to availability of fresh produce. Owing to our long seasons of cold weather, our growing season is necessarily shorter than in warmer climes. While one can survive on other foods, unavailability of fresh produce for long periods and on a large scale should be a matter of concern. I concluded that this shortcoming could, in a stressful period, impact on our national security.

One person countered this by dismissing my concern as overblown, ending with the remark: “I am not going to war over strawberries LOL.”

At this point, I decided to leave the conversation, but the exchange did remind me of the extent to which the aspect of national security is de-prioritized by many people in Canada. Fresh produce is a critical component in our health, and self-sufficiency on that front would help us ensure the good health of Canadians at large in the event of a disruption in the supply-chains that bring us such produce from faraway places, often from extraordinarily long distances. I also consider public health to be a critical component of national security. Hence my opinion that a nation that is self-reliant in its food supply is more secure.

It shouldn’t need to be said that paradigms change over time. This is also true when it comes to warfare. In the history of the last few centuries, the ability of a warring party to project weapons over long distances has grown considerably. I see this development in three broad stages:

There are considerable overlaps among the three stages, however. For example, the advent of fighter aircraft did not make artillery obsolete. Indeed, we can observe a continual growth in their range, culminating in the ultimate ‘intercontinental’ missiles (whether ballistic or nuclear-armed). Similarly, the range of fighter aircraft has also grown substantially from the initial one in World War One. The development of ‘unmanned aerial vehicles’ (more commonly called ‘drones’) has not just removed the exposure of human operators to risk from counter-fire, but has also enhanced the altitude from where the aircraft can attack its target.

In similar vein, greatly increased reliance on digitized systems has increased the ways in which a military actor can inflict damage on the adversary, possibly to the point of incapacitating that adversary.

But digitization is a double-edged sword – it can also increase the participant’s vulnerability to being attacked digitally.

As the process of digitizing ever more activities and areas continues, the grinding wheels of transformation need to be greased with vigilance. This is especially true for systems that pertain to the operations of government, or more broadly, operations that can potentially impact a large number of people.

Another feature of a more robust system is ‘redundancy’; in case some components of the system fail, other components – dormant until the need arises – kick in to keep the system functioning.

From the other side of the prism, this can be defined as ‘identifying and circumventing choke-points’. If the breakdown of a component of a system has the potential to stop or slow down the operation of that system, then it’s a chokepoint. The narrower the chokepoint, the less opportunity there is of inserting alternative methods in its space. Therefore, an able systems designer tries to make this chokepoint as broad as possible.

In particular, no system should be dependent on one single component that can bring the entire operation to a grinding halt. This is especially pertinent at the current juncture; variants of the Covid-19 are making their appearance regularly, and periodic booster shots of the vaccine are being increasingly seen as unavoidable with no end-date in sight. At the same time, the push to make verifiable vaccination status a requirement for continued employment is gaining ground. This necessarily means that a person’s ‘vaccine passport’ has a point of expiry, after which it needs to be renewed (for the next booster shot).

The sum total of all the above is that we are creating a system whereby the functioning of our entire economy will be put at the mercy of any hostile element that is capable of knocking out the system for creating and verifying the document that establishes the eligibility of a worker to work. There is no workaround, no circumventing the chokepoint. Either the person’s eligibility to perform their work is verified and the day’s work gets done, or it isn’t and therefore it doesn’t.

The people pushing for this system haven’t demonstrated much interest in the consequences of its failure. Unfortunately, the people opposing such a system also haven’t done a good job of articulating why it is a bad system. As is typical of any issue in Canada, almost all of the arguments have centered around the legality / constitutionality of the proposal, and not on practicality. This is familiar territory for all the combatants, and thus their contents get brushed aside with a derisive ‘muh rights’ meme.

The adverse consequences of this system are bad enough in their own right, but when it comes to national security, they are downright disastrous, and in my view, potentially fatal to the nation of Canada.

I am not exactly making a great revelation when I state that certain activities can have a much greater impact on national security compared to other activities. But there are activities that we may consider to be less impactful until we examine closely. Whatever list of activities occupations that we include in this list, it is possible to envisage a ‘what-if’ scenario in case the system for generation / verification of the ‘eligibility to work document’ gets compromised.

For example, what if a hostile element were to disable the system specifically for the people who drive cargo trains, or long-haul trucks bringing fresh produce from the US and Mexico? How would a city cope if all their police personnel are similarly prevented from reporting on duty?

Readers can construct similar ‘what if’ scenarios to visualize the impact on our civic order. Regardless of the particular example chosen, it would be clear that we would be unable to carry on with life as usual. The disruption(s) would be far reaching. Large sections of our workforce, including law everything from enforcement to logistics to healthcare, would be left inoperational.

I consider it very likely that in the case of a lot of Canadians, their sense of national safety is derived from the fact that, barring its southern border, Canada is surrounded by oceans. The tempting argument is that due to these natural barriers, Canada has never been invaded, or has never faced a military threat from an overseas player.

Firstly, that would be an improper conclusion to derive – the same geographical isolation did not help First Nations from being taken over by people coming from (literally) overseas.

Secondly, and more importantly, in the digital age, the oceans are not sufficient as bulwarks against aggression emanating from across the seas. The insulation that a lot of us fondly believe we have courtesy of the oceans is worn out. If a foreign entity is able to incapacitate our digital systems in such a way that Canada comes to a literal halt, that entity gains time to launch an operation requiring it to cross the seas. More than that, the chaos resulting from the situation would cause internal friction of a very high order, making us a house divided (which, to a significant degree, we already are). As history has recorded time and again, a divided people are easier to conquer.