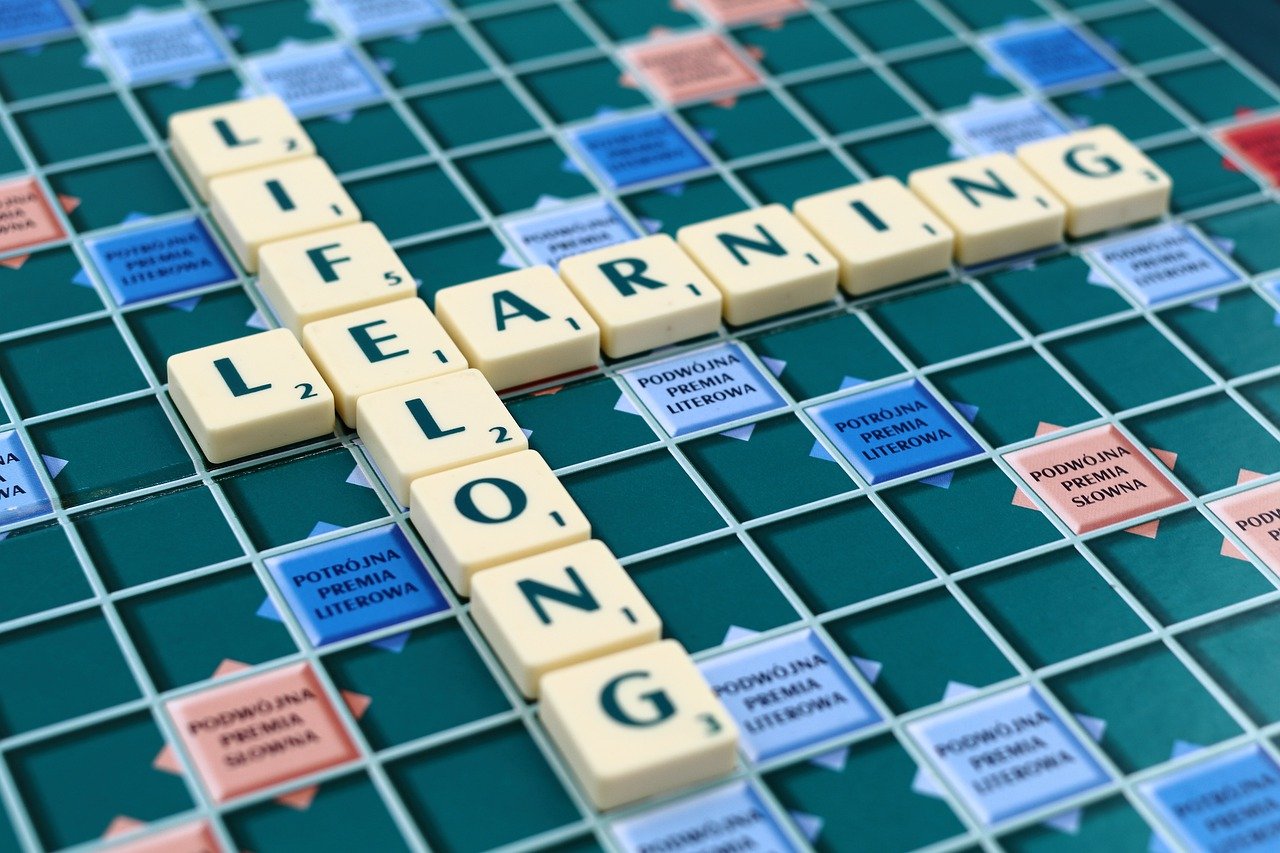 It is normally a clear indication that a problem has grown beyond anyone’s ability to resolve it when those in authority start making statements that amount to hair-splitting at best, and deception at worst.

A couple of weekends ago, one of the ‘trending’ topics of discussion in Canada was in relation to the statement by the Bank of Canada Governor Tiff Macklem that the high rate of inflation that we are experiencing now will be ‘transitory but not short lived’. From a layman’s perspective, the phrase appears to be an oxymoron. The general understanding that we have of the term ‘transitory’ tells us that it means short-lived. So, for a highly placed official to seek to claim that it means something different is – to say the least – a curious approach to take.

My fellow socio-political commentator Spencer Fernando did his usual excellent job of dissecting this attempt at hair-splitting by Governor Macklem in his article. Many others have pitched in with their views / criticism as well. My objective in this article is to explore the background reasons why people in authority (whether in the public or private sector) sometimes feel compelled to resort to such word games, and how we can resolve the problem that made such a game necessary for Governor Macklem, viz., inflation.

In this regard, I will take guidance from a personal experience (as I often do).

After Mrs. Indira Gandhi regained office as the Indian Prime Minister in 1980, the price of sugar rose steadily and substantially. Starting from Rupees 2.30 a kilo, it increased to Rupees 12 a kilo in short order. Naturally, this became a political issue, eventually ending up as a hot debate in the Parliament. Outside, there was speculation (or allegations) swirling around about collusion between the members of the government and ‘the sugar lobby’ (which was, and continues to be, a powerful political lobby in India) as a quid pro quo for election funding.

Mrs. Gandhi’s Finance Minister at the time was a gentleman named R. Venkataraman. During one heated debate in the parliament on the issue, he claimed that the price of sugar across the country had ‘stabilized’. Astute commentators immediately pointed out that the price of an essential commodity ‘stabilizing’ at nearly 5 times its previous level was hardly of any solace to vast segments of the Indian population; what was needed was for the price to come down as much as possible.

I remember thinking at the time that the otherwise respected Minister Venkataraman was perhaps taking cover behind the soothing quality of the word ‘stabilize’. Unfortunately for the Minister, the ruse did not work.

Sadly, inflation is one of those issues where there are as many opinions as there are people. What follows is my opinion.

The most that I am willing to allow on the front of inflation is that it is an unfortunate reality, just like wars and crime. Therefore, our efforts need to be in the direction of avoiding / getting rid of it to the extent we can, just like we do with wars and crime. But we do the exact opposite: our government, in partnership with the Bank of Canada, sets a ‘target rate of inflation’. This is akin to the authorities setting a target by which, say, crime should rise every year.

What is admittedly worse is that if the rate of inflation comes in below the ‘target rate’, policymakers and pundits begin to fret as if something untoward has happened. Given that inflation represents erosion in the purchasing power of currency, this act of fretting amounts to getting worried that people’s purchasing power isn’t getting diminished fast enough.

In this context, it is worth noting that most commentary on inflation focuses on its relationship with income only, and not on the overall value of the financial assets that people have. Some of these assets benefit from inflation, but some don’t. That said, owning financial assets does provide a cushion against the ravages of inflation – and this is why I consider the policy of setting a target rate of inflation to be anti-poor. They don’t own much in the way of financial assets and live paycheck-by-paycheck. In that light, lower purchasing power of their meager incomes further reduces their ability to accumulate financial assets.

This becomes especially troublesome because often, inflation is a result of the government spending far in excess of the normal levels. Usually, this is justified on grounds that it is to help the poor. In the short term, that may be a valid contention at times (as was arguably the case at the onset of the Covid lockdowns). However, at some point, the inescapable conclusion is that a policy to help the poor ends up hurting the poor. A confluence of vested interests (financial, political and other) and incompetence makes this an unsolvable dilemma.

For the government, the only recourse then is to hide behind word games. And that is exactly what we got from Governor Macklem.

The question then is how to escape the dilemma. Opposition parties will of course howl about the need to ‘stop the printing presses’ (in reference to printing money out of thin air so it can be handed to people), but that would require the winding down of the assorted ‘support’ programs on which people depend to a greater or lesser degree. The shock of their withdrawal is bound to be even more painful than the bite of inflation, so it becomes a no-go. For all the screaming of the opposition parties, ‘stop the printing presses’ is nothing more than a catchy slogan that essentially appeals only to their base.

As I have posited in my earlier article ‘Starving By Choice’, the best ‘support program’ is a thriving economy. However, that is much easier said than done. As the most basic requirement for life – food – goes farther beyond the reach of more and more people, it becomes progressively more difficult to work our way out of the situation.

As anyone who has dealt with a tricky situation knows, the resolution of such a dilemma lies in thinking outside the box (in Deductive Logic, this is formally known as ‘escaping from between the horns of a dilemma’). This, of course, assume that there is maneuverable space between the two horns.

A DOSE OF REALISM

In our present circumstance (as in the folk story that I included in my above-mentioned article), that space was blocked by beliefs. The four brothers in that story were unable to deprioritize their status in society (or what they believed was their status), which held them back and kept them in penury. They were shackled in a lifestyle / pattern of behavior that they believed made them look better. I believe that our case is similar.

The question at the crux of our dilemma is this: If the social support programs are fueling inflation (at least in part), what can we do to reduce the cost-pressure on prices while maintaining the programs?

One such cost factor that I can see as being capable of kept in abeyance for the short term is the carbon tax. Without getting into the merits of the vast, ever-swirling debate on whether that tax is necessary or useful, a case can be made that the current dilemma justifies suspending that tax for (say) one year. The compounding effect of the tax would work in reverse this time, bringing about a much-needed respite on the front of inflation.

This measure would, of course, reduce government revenue. So, the above solution creates another problem; the government would still need to print money – even more of it. The only way to put the carbon tax in abeyance without increasing the load on the ‘printing press’ is by reducing spending elsewhere.

In the immediate term, this can also be done on the fronts where the government is spending on programs to ‘fight climate change’. As the inflation abates, and thus the economy recovers, the social programs at the root of the issue can be gradually wound down – or at least attenuated to the new reality.

To be fair, there are factors other than the ‘printing press’ that are contributing to inflation. But our attempt to tackle that combined problem will have to necessarily focus on each component. What I have outlined above is a possible way to address one such component. Does our government have the wisdom adopt such an ‘out of the box’ thinking?

It’s a choice they will need to make – and each day spent in indecision amounts to a choice to not make a choice. If they let enough days pass by in their indecision, pressures will continue to build – and at an unknown threshold, may cause an eruption.

And who knows, they may come up with new word games to explain that away as well. Because in the end, the combined outcome of unwise choices, procrastination and ideological fixation is word games.