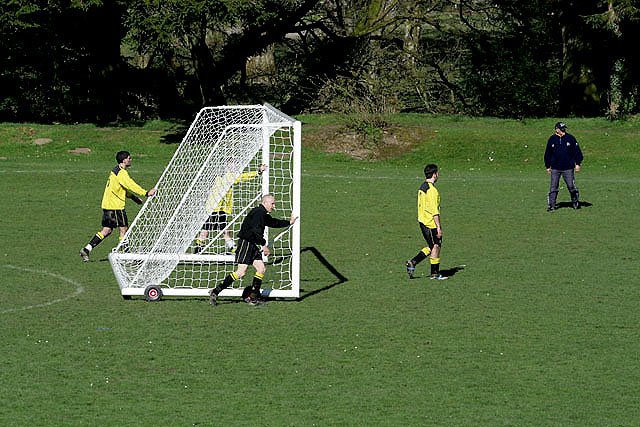 (Image Credit: Walter Baxter at geograph.org.uk, the image is at this link. Used without modification under Creative Commons Licence)

All talk of achieving herd immunity re Covid has evaporated – now, every single individual is supposed to be vaccinated. Dire consequences are threatened for any dissenters. This, & the resulting mistrust, corrode the very foundation of democratic order.

Back when I was in my early twenties, I chanced upon an unusual book while on a visit to Bombay. The downtown area of Bombay had (and perhaps still has) a thriving segment of ‘sidewalk economy’, and this book was on display at one such sidewalk shop. Its title escapes me now, but it was edited by Isaac Asimov. I was very familiar with the name, so I bought the book. It turned out to be a compilation of short pieces of scientific nature by different authors, mainly dealing with astrophysics. One of the pieces was titled ‘The first one-hundredth second’. The starting point of the piece was that just after the Big Bang, the just-born universe was changing so rapidly that our attempts to understand it must focus on slices of time that we would normally consider too tiny to matter.

Pondering this notion, I realized that the way we usually measure time is, while useful, not the only way we can do that. One other prism through which time can be viewed and measured is in terms of the pace of events that happen, and the periods of lull in-between. I believe that, in the context of the structure of our democracy, we are living through just such an events-based definition of time in the era of Covid.

THE PRICE OF MUSTARD

Getting someone to agree to something based on one set of promises, and then changing the tune after that person has already performed their part of the bargain, and no longer has recourse to reverting to their pre-agreement position is a pretty universal type of human behavior. A Gujarati proverb catches this situation in just four words, and can be translated as ‘the price of mustard disappeared with the night’. The backstory is that a farmer brought his crop of mustard seeds to town in the evening, and a merchant offered him a price. The farmer offloaded the mustard in the merchant’s yard, but because it was getting dark now, the merchant offered to pay him in the morning (for the sake of the farmer’s safety). When the farmer returned the next day, the merchant told him that the price of mustard had changed during the night to a much lower level. At this point, the farmer had no option but to accept the reduced price.

We can see the same dynamic playing out over and over again in relation to Covid. At each stage, people have been asked to comply with a set of restrictions, or to make other sacrifices, that were said to be necessary – nay, imperative – in order for life to return to its pre-Covid rhythm. Once they did, each time the metric for ‘success’ changed. The colloquial expression for this change is ‘moving the goalposts’. One day, someone used another variation of that on Twitter – ‘Goalposts on wheels’. Despite the basic similarity in the image, there is a fundamental difference between the two: while a goalpost that gets moved was previously embedded in the ground (with the expectation of not being moved), one that is on wheels is mobile by design. It is not supposed to remain in one place for long.

The latest iteration of this, if one connects the dots of a vaccine passport and the ongoing ‘booster shots’ until at least 2024, means that intrusive verification of one’s health status at every step of normal day-to-day life will be ‘temporary’ only in name.

We are all well familiar with the places where our Canadian goalposts have been. Let us ponder the other places where it can / may go.

Back in the days of draconian laws in India, perhaps the most feared arm of the government was the Enforcement Directorate. Ostensibly, it is a financial investigation agency, but given the nature of laws at the time, its fear extended to all corners of society, especially in the business world. During the period known as ‘the Emergency’ (which I have described in some detail in my article ‘Spies Like Us’), the abuse of power at this government institution reached its peak. It is noteworthy that during the time period (and not just the Emergency), India was avowedly socialist; during the Emergency, India was effectively no longer a constitutional democracy but rather a totalitarian State.

I believe this experience is relevant to the pervasive system of vaccine-enforcement that is being envisaged in Canada. Given time, the powers / authority required to enforce such a totalitarian system could converge in a single arm of government (the official justification for this will be offered via such buzzwords as ‘streamlining’, ‘seamless working’ and ‘operational efficiency’). Whatever name is given to this arm, it will be our equivalent of India’s Enforcement Directorate of yore.

Here is how I think it could act, and how some people might respond:

BOOTS ON THE GROUND

The comparatively low numbers of Covid cases, hospitalizations and deaths may be seasonal. Let us remember that this is a respiratory virus, so it would be more active during colder seasons.

In the southern hemisphere, it is winter now. The government there, continuing its authoritarian streak that it has displayed throughout this crisis, deployed the military on the streets to enforce the restrictions.

There is a video circulating on social media, purportedly from the Italian city of Turin, where many people are shown to be burning their vaccine passports. Seeing this video reminded me of the scene from the movie Gandhi, where he burns some of the passes that all ‘coolies’ (people of color) had to carry on them at all times by law.

Perhaps most disturbingly (because it is closest to home for us Canadians), reports emerged recently that the US agency CDC has made plans to remove forcibly all non-compliant people from their homes to move them to designated facilities. The cozy-sounding term for these facilities is ‘green zones’ – but the reality cannot be ignored that housing people forcibly in these locations makes them more like detention centers. While the news may have emerged recently, the fact is that an exercise of this nature has to have been in the works for a while before being finalized – which brings us to Canada, and one unanswered question that seems to have fallen off everyone’s radar.

Some time ago, before Minister Catherine Mackenna announced that she would not be running for re-election, a hot topic was that her Infrastructure Ministry was unable to account for billions of dollars in spending on some 20,000 infrastructure projects. Given that this information never got offered, the natural conclusion on many people’s part was that the money had either been squandered or ferreted away for the benefit of connected people.

But with the developments of the past few months, and especially in light of the concerted push for enforcement of vaccine passport in Canada – with dire consequences threatened for any non-compliance – a crucial question arises: what if the ‘missing’ billions of dollars have actually been spent to build detention facilities that no one has been told about?

It is important to note here that at this point, there is absolutely no information pointing in the direction of this question, so the ‘missing billions’ are no more than ‘tangential evidence’. That said, it needs to be acknowledged that the question arises PRECISELY BECAUSE there is no information.

I am hoping that the possibility that I outlined above doesn’t turn out to be true. But one way of having (and maintaining) a healthy democracy is by adhering to the adage of ‘Trust – but verify’. By extension, when verification is denied, trust vanishes.

Where does that leave us?

When the populace – or a significant part of it – sees the government as being hostile, they, in turn, become hostile to government. This mutual hostility strikes at the very foundation of democracy. If this situation is allowed to last, our Canadian society will not be very different from that in other parts of the world, where the usual relationship between a regime and the people is one of antagonism. In a nutshell, the long and arduous journey of our country that resulted in a liberal democracy that was the envy of many in the world is at risk of coming undone, all with one piece of policy. As true Canadians, it behooves us to try everything we can in order to avoid that unhappy outcome.