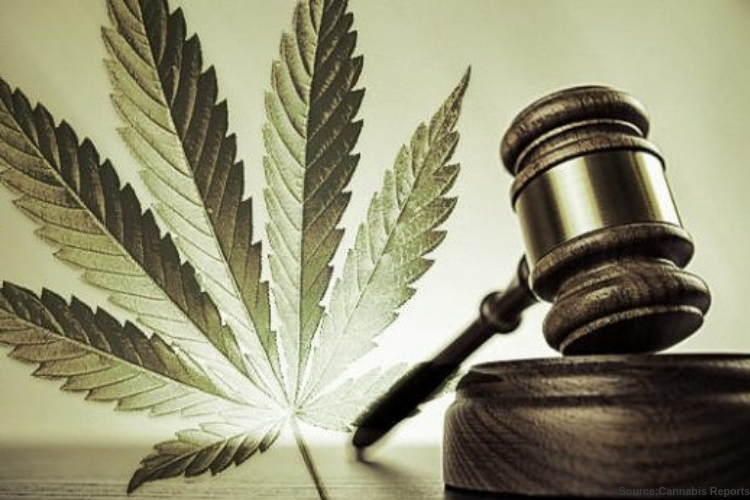 With the passage of Bill C-45 in the Canadian parliament, and the subsequent royal assent, the way is finally clear for recreational marijuana to be legally available in Canada. The ensuing euphoria among the beneficiaries of this development notwithstanding, the passage of this law poses practical difficulties on several fronts. These difficulties fall under the following broad categories:

Let us try to examine these.

Given that Canada is only the second country in the world to legalize marijuana fully, the consequences of doing so are more or less uncharted territory. Unlike its predecessor country, Uruguay, Canada is a member of prominent international groupings such as NATO, NAFTA & CETA. Moreover, Canada’s economy is highly export oriented, including export of agricultural produce. This makes the legalization of an agricultural product that is not legal for general consumption worldwide especially problematic.

Of particular concern is the fact that Canada is signatory to three UN Conventions on narcotic drugs / psychotropic substances. The first of these Conventions goes all the way back to 1961, and specifically names Cannabis as one of the narcotic drugs (See Reference 1). The preamble to the Convention specifically states that the objective behind the Convention was ‘to replace by a single instrument the existing multilateral treaties in the field’ (See reference 2). It is clear from this wording that Canada would have to work out separate, bilateral treaties in the event that any country insisting on a similar control mechanism to that provided by the Convention being in place between it and Canada. This would throw bilateral relations with such countries in disarray – or at the very least, create potentially significant diplomatic hurdles. It would also hand a useful tool to the said countries to hide their intransigence behind the excuse of Canada being in violation of its agreed obligations to the international community.

Of equal importance is the haphazard and unplanned manner in which Canada will be in violation of its obligations under the Convention. Article 46 of the Convention requires that any signatory that wants to denounce the Convention needs to communicate this to the Secretary General (of the UN) in writing (See Reference 3). The article further stipulates that any such denunciation, received by the Secretary General on or before the first day of July in any year, shall take effect on the first day of January in the succeeding year. If such communication is received by the Secretary General after the first day of July, it takes effect one year later. Accordingly, the earliest that Canada can formally divest itself of its obligations under the Convention is on 1 January, 2019. If the said denunciation is not communicated by Canada by 1 July, 2018, then the effective date would be 1 January 2020. However, Prime Minister Trudeau has already announced that sales of marijuana to the public (for recreational use) will commence on 17 October, 2018. So, depending on when Canada communicates its denunciation, it would be in clear violation of its obligations under the Convention for either two and a half months, or for fourteen and a half months. This has the potential to have deleterious effect on Canada’s standing in the international community.

In view of the fact that Canada has suffered a series of setbacks in its international relations over the recent months, such as with the US, China and India, Canada’s abrupt abrogation of its Convention obligations takes on an added significance.

Because recreational marijuana has been illegal until now, its possession was a chargeable offence. Because of the widespread use of marijuana, the product accounts for a majority of drugs offences reported by the police forces. For example, in the year 2016, 58% of the all the drugs offences reported were relating to marijuana (See Reference 4). Out of these, about 76% were for possession (See Reference 4). In absolute terms, this translates to well over 41,000 charges being laid during the year, or over 110 charges per day. In relative terms, possession of marijuana accounts for over 44% of the drugs-related charges in the year.

On the face of it, the law legalizing marijuana would appear to (a) reduce the administrative burden of laying and prosecuting charges for what is a common occurrence or practice in the society, (b) free up police resources to tackle serious crime, and (c) remove hardship to the users of marijuana. Below the surface, however, the picture is much more complex.

Some provinces have opted for a government-run monopoly as an instrument to distribute and retail marijuana (we will examine this in fuller detail in a later segment). Even elsewhere, retailing of marijuana will have to be through government-approved vendors. In essence, this amounts to the government exercising strict control on how marijuana becomes available to consumers. In other words it is a regulated supply-chain. On the other hand, however, the new law would allow individuals to grow their own marijuana, up to a maximum of four plants. This is the epitome of deregulation. It is difficult to see how both can coexist in the same space at the same time.

A person found to be in possession of marijuana may not be able, with absolute certainty, to demonstrate its provenance. In view of the thriving black market that has existed until now, and that will probably continue to exist even following legalization (more on that later), there is a distinct grey area that is guaranteed to give rise to a good deal of litigation.

It is tempting to counter this contention with the argument that with the now-legal status of the product, police resources would be diverted away from detection of marijuana in individuals’ possession. However, this counter-argument is rebutted by the hypothesis that legalization of marijuana could increase instances of people driving under its influence – and this brings us to Bill C-46, which was also passed at the same time, and has received Royal Assent as well.

This Bill provides, among other things, for increased powers for the police in relation to the offence of driving under the influence of alcohol and drugs. Specifically, it empowers them to obtain a breath sample of a driver without reasonable cause (See Reference 5). However, as of now, there is no approved device for testing impairment by marijuana by means of a breath sample. This is further complicated by the possibility that marijuana does not cause impairment evenly – the same amount of the intoxicant affects different individuals differently. So a simple measure of the intoxicant substance in a person does not necessarily establish impairment for the purpose of laying charges.

There is also the grave matter of Charter Rights. Section 8 of the Charter provides protection to Canadians against unreasonable search and seizure. The above-mentioned provision in Bill 46 is almost certain to face a Charter challenge.