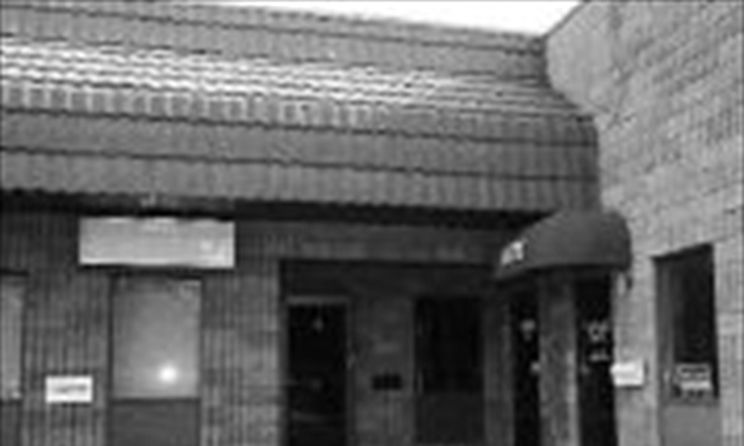 Recently I stumbled onto a piece in the online publication ‘Press Progress’ and decided to read it because its headline caught my eye:

I am aware that Press Progress is viewed by many Canadians – especially those on the Right of the political spectrum – as an ultra-partisan mouthpiece for the Left, but I wanted to approach this with an objective mind in order to understand the impact of such communication. However, we need to keep in mind the demographic of its audience, which is against fossil fuels, in favor of renewable energy and generally opposed to conservative ideas.

The headline of the piece is loaded with ‘trigger-words’ for its intended audience:

The sub-heading continues the sounding of alarm:

“The think tank formerly known as the Manning Centre is teaming up with right-wing and pro-oil groups to host an event on the ‘Great Reset’ “.

I am somewhat aware of Preston Manning and the institution that was named after him, so I was curious to know how the significance of the reference was explained in the piece. To my disappointment, no explanation was offered; it was supposed to be self-evident to any reader that the Manning Centre, whether in its original incarnation or current avatar, was a malignant entity.

The piece goes on to list the speakers at the event being hosted by the reincarnated Manning Centre – Rex Murphy, Peter Foster, Anthony Furey and Christine Van Geyn.

The sponsor of the event, Modern Miracle Network, is sought to be discredited through reference to a Globe & Mail report to the effect that ‘Modern Miracle Network organized a closed-door strategy conference featuring Conservative politicians and top oil executives in advance of the 2019 federal election’. Again, no elucidation is offered in the piece as to why this was an undesirable development. Lacking the advantage of the context that the piece obviously assumes everyone has, I was left wondering as to why a major industry having consultations with a major political party, especially in the run-up to a national election, is somehow uniquely sinister, and why the participants – the organizer, the industry and the Party – should be viewed with suspicion. My surmise is that simply naming the Conservative Party and the oil industry suffices, in the opinion of the author and perhaps the publication as well, that something nefarious was afoot between the industry and the Party, and that the organizer of the meeting is guilty by association with the two. In turn, another event (the one that was the subject of the piece) organized by the same entity over a year later, and those attending that event – whether as speakers or audience – acquire the ‘reflected glory’ of the unspoken guilt.

The thrust of the piece is in highlighting the topic to be discussed at the event, viz. the impact of the much-talked about ‘Great Reset’ on: social controls (including those involving technology), freedoms, economic activity and the extent of the government’s role in society. From the way this is presented in the piece, we are supposed to be alarmed that such a discussion is taking place in Canada. The piece insinuated this by quoting words from BBC, Anti-Defamation League and others as to how speaking against the ‘Great Reset’ is all part of a conspiracy theory.

TILTING TO THE MIDDLE

After reading this piece, I communicated with one of the speakers, Ms. Van Geyn. She graciously gave me her time amidst her very busy schedule to point out her tweet saying that at the event, she had actually stated explicitly that the ‘Great Reset’ is not a conspiracy, but rather just branding.

By now, we have all tired – to varying degrees – of the phrase ‘unprecedented times’ in reference to the Covid crisis. Its status as a cliché notwithstanding, the fact remains that various governments have resorted to extraordinary measures in its wake. On some of these measures, there is broad agreement as to their need (notably financial assistance by governments amounting to hundreds of billions of dollars); the differences of opinion are mainly in the details of how these programs should be administered. On some other measures, however, public opinion is sharply divided. This is most particularly the case where these measures impact on the rights of individuals (including Charter rights), relating to movement, ability to work and search & seizure.

Oddly (or perhaps not), the two sides in this debate are at polar opposites, with one side stating that these powers are so extraordinary that they deserve to be debated and scrutinized more than we ordinarily do, while the other side claims that the crisis is so dire that any attempt to question the governments on these measures amounts to socially harmful recalcitrance. Thus, the two sides are on opposite points of the compass.

In light of this schism, if someone steps up at a forum where the ‘Great Reset’ is being examined, and states that there is no undue cause for alarm, that should be welcomed as a voice of moderation. However, in our hyper-partisan times, this person was already denounced in a pre-emptive manner, before the moderate argument could be presented as evidence that the person did not have malicious intent.

In sum, the piece displays the tendency to judge people negatively based on their proximity to places and individuals who are already considered worthy of being despised; their actual ideas and statements are supposed to be irrelevant in forming an opinion about them. Tainted by association, they, in turn, transmit their ‘malevolence’ to others that they come in contact with, just as a virus is propagated by contact. If one wishes to protect one’s reputation, the best course of action is to avoid being in the ‘gravitational field’ of these people and institutions.

The above discussion is not meant to suggest that judging from appearances is a one-sided affair. But from my vantage point, it appears that the Conservatives (and the Right in general) lack the organization that I see on the other side, so their messaging along similar lines dissipates into a decidedly unreceptive atmosphere (more on this later).

In fact, the Left’s ecosystem for spreading messages and narratives has developed to such a point that once an idea or claim is injected into that ecosystem by an originator (and there are but a handful of them, guiding the overall effort), it propagates and percolates down the levels in an organic manner. One can envisage this ecosystem in the shape of the Okavango delta where heavy rains in Angolan highlands bring some 11 cubic kilometers of water down the 1,700 KM length of the Okavango River to feed the parched lands of the Kalahari Desert in Botswana, its various channels fanning out to sustain life over an area of 15,000 square KM.

The Right lacks anything that can remotely compare to the fine-tuned structure on the Left. The views and analyses put out by the proponent institutions of the Right fail to reach anyone who isn’t already predisposed to believe them – and while the same can be said of the ecosystem on the Left, it is able to tap into an important demographic to recruit more adherents.

STRANGERS ON THE SHORE

Some weeks after I landed in Nairobi, a colleague of mine, also from India, joined me. While our employer was looking for a suitable residential accommodation for him, we shared my apartment. His last name was Ray, and since he was more than twice my age, I addressed him as ‘Ray Saab’ as a mark of respect.

Ray Saab had brought audio cassettes of his favorite music with him, and introduced me to jazz music. The very first musical piece that I heard from his collection was ‘Stranger On The Shore’ by Acker Bilk. Right away I fell in love with it. One reason for this was that I had left home for the first time, and was now in a completely unfamiliar country; the tune captured my emotion perfectly. As I moved from country to country over the following years, my love for the piece has grown. It has now become an automatic response that when I encounter unfamiliar circumstances, the tune starts playing in my head.

I am also reminded of this tune every time elections roll around. There are hundreds of thousands of ‘strangers on the shore’ arriving in Canada every year, and in due course, they are able to vote. I see the Conservatives making no efforts to explain to them what their idea of conservatism stands for. The Left, in sharp contrast, is not derelict; it engages with the newly arrived and gains their trust, which later morphs into allegiance. Given the adversarial relationship between the Right and the Left in the political arena, it would be naïve to expect that what the Left tells them about Canadian politics is unbiased. Further, as I noted in my earlier article Structural Dysfunction,

So, for Conservatives, it is not enough that there are people and institutions putting out their point of view in English. They need strong allies in ethnic media that caters to audiences that consume their media in foreign languages. Until Conservatives are able to do this, and do this effectively, the Left will keep succeeding in painting the proponents of the conservatism in Canada as being guilty by association with each other. Just as respectable people avoid being seen in the vicinity of ‘houses of ill repute’ lest it tarnish their reputation, more and more immigrants will keep steering away from the conservative side of the political spectrum, if only to convince themselves that they are good people. The crucial part here is that they won’t even know what brings about the ill reputation.