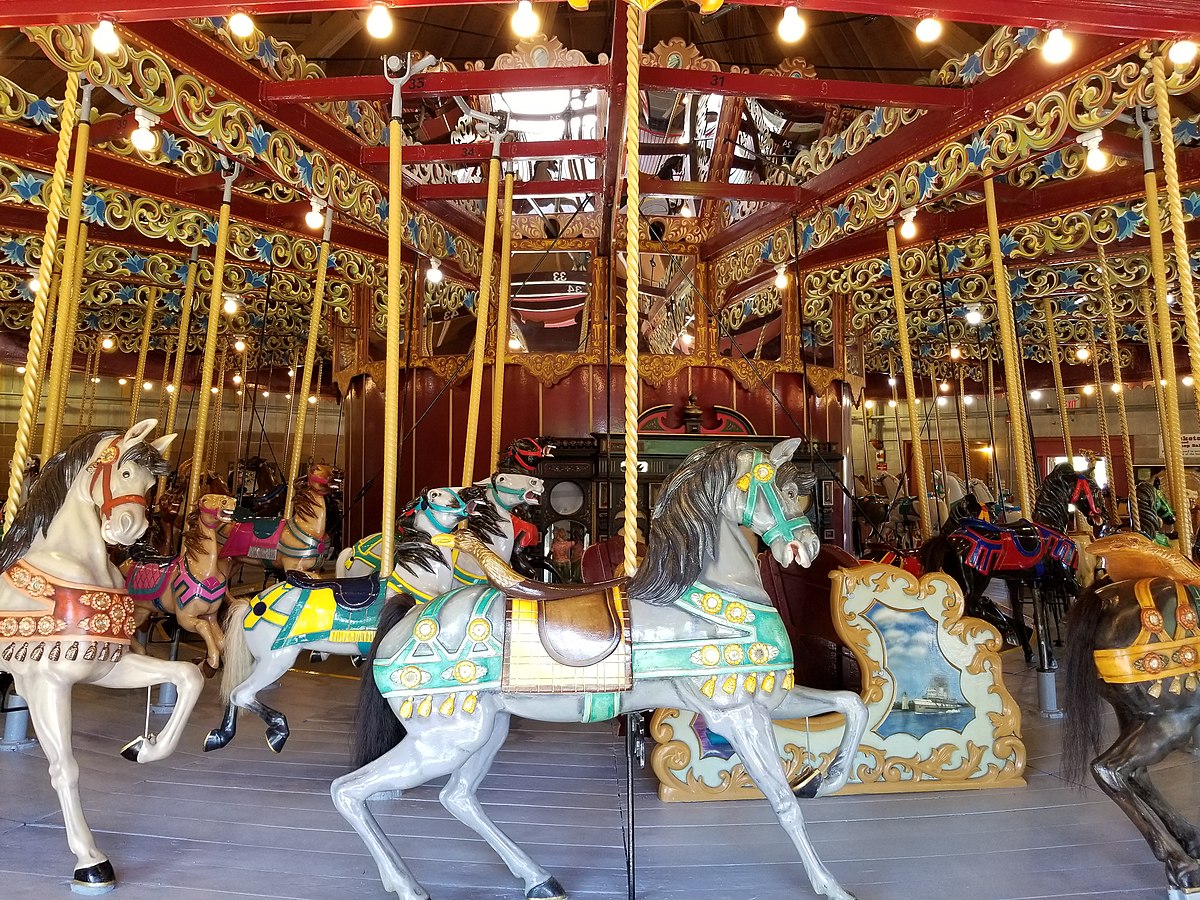 (Image Credit: Author ‘Draconichiaro’ at Wikimedia commons; the image is at this link. Used without modification under Creative Commons Licence).

Seeking to fill labour shortages in Canada via immigration is like riding on a carousel – moving ‘forward’ keeps bringing us back to the same starting point over and over again. This is because new immigrants aren’t just workers, but consumers as well.

MORE BUT NOT MERRIER

On July 11, the Toronto Star reported that “Premier Doug Ford plans to press the federal government for immigration rules similar to Quebec’s so Ontario can address labour shortages across the province.”

Prior to these stories, the federal parliament had passed a motion (M-44) on May 11, asking the government “to develop and publicly release within 120 days a comprehensive plan to expand the economic immigration stream to workers of all skill levels to meet the full range of labour needs… in sectors with persistent labour shortages…”.

I may be stating the obvious here, but it is an article of faith in government / policy circles that there aren’t enough workers in Canada, and this deficiency can only be overcome via immigration. Whether one agrees with this idea or not, it can be said in all objectivity that it is a slanted idea, in that it visualizes immigrants only as workers who will fill an unmet need in the jobs market In reality, immigrants are people (this shouldn’t need to be said in ‘compassionate’ Canada). As such, they have needs and wants that fall under the label of ‘economic demand’. The incremental demand on account of each new immigrant requires workers to fulfill it.

In a nutshell, therefore, our attempt to fill labour shortages creates newer labour shortages. This may quite likely be the reason why our annual immigration quotas keep getting set at higher and higher levels over the years and decades. Strictly speaking, there is nothing wrong with this – as long as we are able to maintain / offer satisfactory quality of life to the existing and the newly-arrived members of the Canadian society. And this is where the whole thing breaks down. Viewed as a whole, the Canadian economy lacks the vitality required to make this happen. As a result, the gap between the haves and the have-nots keeps getting wider and wider.

When we talk about quality of life, it is easy to think of the current high inflation as the topmost concern. It is certainly true that a lot of Canadians are facing daunting circumstances as a result of this record-breaking rise in the prices of essentials. However, I am of the view that when dealing with long term policy, inflation occurring over a relatively shorter suration is somewhat less important a factor compared to other components of our quality of life that persist for a longer period, and more so when those indices are getting worse, such as housing affordability, availability of healthcare and the ability of the economy to absorb new workers (whether they are immigrants or local students graduating).

One impact of these worsening indices is that the government is forced / tempted / incentivized to enact policies that seek to ‘help’ the needy. The resulting upward pressure on government spending requires higher tax revenues (or borrowing that has to be serviced via higher taxes in the future). By simplistic math, politicians conclude that they must therefore bring in even higher number of immigrants to fill the tax coffers even more. In effect, we are on one more carousel, where bringing in immigrants requires us to bring in even more immigrants.

While the need for immigration is justified on the basis of ‘labour shortages’, politicians are usually mum on the fact that not every immigrant is (or ends up being) a worker. While I haven’t come across data showing the percentage of immigrants who actually enter the workforce in Canada, it is reasonable to guess that the number is well short of 100%. Several factors go into this:

The net result is that immigrants do not fill the ‘labour shortage’ fully, while their economic needs and wants serve to increase the need for more workers.

Another pertinent part of the reality around immigration and ‘labour shortages’ that goes unacknowledged by politicians (and to a degree, by the mainstream media as well) is illegal employment. By necessity, it is not on the records (and thus does not form part of calculating the ‘labour shortages’), because the workers are paid far less than the legal minimum wage. This practice is typically widespread in areas where there is a large immigrant community of one ethnicity (the pejorative term for such areas is ‘ethnic silo’).

This practice – which few people in Canada are advocating to have investigated and stopped or even curbed – distorts the data on ‘labour shortages’. As a result, the immigration quota gets set at a higher level than warranted by the actual situation on the ground. The knock-on effect of this is that the job market gets oversupplied via higher immigration. This oversupply enables these ethnic employers to hire even more of their kind illegally.

It would be unrealistic to expect any politician to try exploring, or even to suggest it, as to what would happen if we don’t seek to fill the ‘labour shortages’ via immigration. But I find the idea worth exploring, given that bringing in immigrants to fill ‘labour shortages’ results in even more ‘labour shortages’. As things stand, we are stuck in a loop (or more precisely, a spiral). The consequent deterioration in areas like housing, healthcare and infrastructure will, in all likelihood, be perpetuated and exacerbated. The quality of life of all Canadians – currently here and future arrivals alike – is firmly set on a downward trajectory.