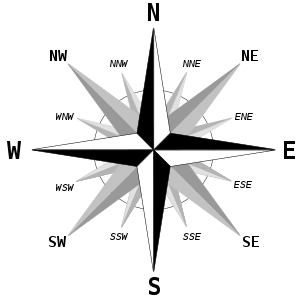 A fresh set of ‘restrictions’ in Ontario was announced on January 12th, to come into effect on the 14th as part of the ongoing (and fumbling) government response to Covid-19. Almost immediately, several people started pointing to various inadequacies in the communication and details of these measures. Toronto Star’s Jennifer Pagliaro characterized them as ‘disorganized’, and Robyn Urback of the Globe & Mail said that they were ‘inherently contradictory’.

Efforts by the government to clear up some of the confusion had the opposite effect. One of the key issues, as earlier, was about what constitutes ‘essential’; the ‘clarification’ said, most unhelpfully, that it was up to the individual to decide. At the same time, police and other enforcement officials are supposed to exercise ‘discretion’ in charging people with violation of rules prohibiting ‘non-essential’ activity. This creates a distinct possibility that while one particular citizen may define ‘essential’ more liberally, one particular police officer may have a stricter definition. When their paths intersect, avoidable problems are bound to crop up.

This latest episode of the ongoing tragi-comedy of the government bungling its response to Covid-19 crisis brought to my mind a story that I had read in my childhood.

There was once a kingdom that was ruled by a gentle king, who was aided by his Minister. The kingdom was tiny, consisting of just a few villages and surrounding farmland. The king and his minister were named, hilariously, as Habuji and Gabuji respectively.

In South Asian tradition, the suffix ‘-ji’ is appended to a person’s name or position as a mark of respect. For example, I may be addressed / referred to as ‘Darshanji’, were I worthy of respect. So the real names of the king and his minister were Habu and Gabu respectively.

Given the small size of the kingdom, all legal disputes were brought to the Royal Court, where the king adjudicated. One day, someone came in with a dispute over land. The plaintiff claimed that the defendant had illegally occupied a farm that belonged to him, the plaintiff, which was situated in the western part of the kingdom. The defendant said outright that the plaintiff was lying. Habuji asked him to back up this claim.

“What ‘yes, sire’??” Habuji shot back, still seething with anger. “What kind of administration are you running in our kingdom? How is it that after so many years in office, you haven’t managed to create the western direction for the kingdom?”

Gabuji stood there silently, his head bowed – either with respect, or out of shame.

Habuji regained his composure somewhat. “What is gone is gone, but we can take measures to mitigate the damage in the future” he said in a conciliatory tone. “Make sure that we have a western direction before the sun sets today.”

“Certainly, Sire!” said Gabuji with a mixture of enthusiasm and relief; for a moment, he had feared that he was going to (literally) lose his head.

This part was so funny that I have forgotten how the dispute over land was resolved.

We are normally taught to obey not just the letter but also the spirit of the law. However, that is possible only when the ‘letter of the law’ part is worded unambiguously. In the absence of such wording, it becomes impossible to follow either the letter or the spirit of the law. Further, as noted earlier, discretionary leeway given to the authorities that are charged with ensuring compliance of such laws only confounds the situation further.

When the citizens and the authorities are allowed latitude to interpret what the words contained in a law mean, we have on our hands a perfect recipe for friction. If creating such friction is not the objective (as I hope), then my mildest comment on the situation would be that we need some grown-ups in our government (this would include both the elected members and the civil service).

All that ambiguity aside, though, one thing is abundantly clear: Premier Ford is our Habuji.

I wonder who occupies the place of Gabuji?