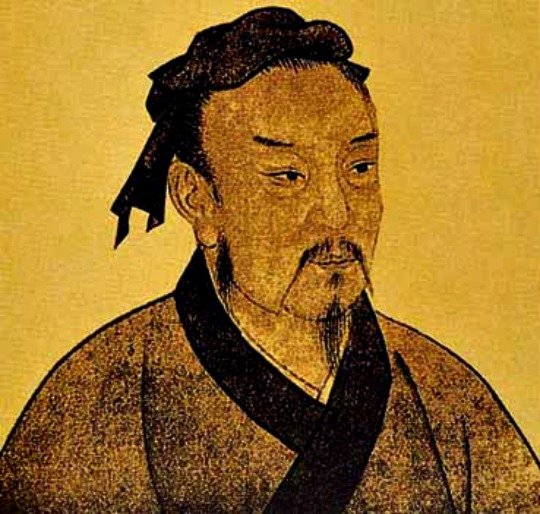 Following my two earlier articles on the reasons why immigrants from socially conservative societies vote heavily for parties that have socially liberal policies (Windward Islands and You’re Next), I had an exchange with a Twitter friend who brought up a logical question: how is it that the Conservatives are unable to counter the negative propaganda against them successfully?

If we view elections through the prism of economics, they are about demand for and supply of votes. Those supplying the votes (the electorate) do so (or refrain from doing so) based on what they think they would get in return. On the other side of the equation, the parties vying for these votes offer competing platforms that can be considered as competing products in a marketplace. Parties want the electorate to ‘buy’ their product using the currency of votes. The product may or may not live up to its initial promise – but there is no refund policy. Given the essential nature of politics in a democracy, these initial promises often turn out to be exaggerated. The key issue for a party that forms government is, thus, ensuring ‘customer loyalty’ in the face of this non-delivery of product.

One particular difficulty is that the products on offer in the marketplace of elections are highly complex, and the user manual accompanying them (the entire platform) is voluminous. This is further compounded by the fact that objective expert assessment of each product is generally unavailable, because the assessors are themselves partisans (or seen as being partisans). Another obstacle is the relatively short time-frame of campaign periods during which a ‘buying decision’ needs to be made on the voter’s part.

The ‘buyer’ must, therefore, make a decision based on imperfect information, much of which may be misleading, with little time to understand – let alone fully comprehend – the ‘products’ that are on offer. This brings ‘gut feeling’ into play, so the general impression as to the trustworthiness of each ‘seller’ (political party) or their ‘products’ acquires added weightage in the decision-making process. In many cases, this ‘gut feeling’ is the only factor at play, and the ‘buying decision’ is made in advance of the ‘products’ being made available in the ‘market’.

Real-world products are evaluated vis-à-vis their competitors based on the following factors:

I am of the view that the Conservatives’ greatest weakness is in terms of their brand image, both federally and in certain provinces. Going into an election campaign, their ‘image deficit’ is usually large enough to more than offset the advantage, if any, that they may enjoy over the Liberals / NDP in terms of its ability to function as a government and the quality of their governance.

The next logical step, of course, is to examine how this ‘image deficit’ arises, and explore the ways to ameliorate it.

The run-up to the 2018 provincial election in Ontario was a long one on social media, starting well over a year ahead of the election. Among the comments, there were four dominant themes of claims/misperceptions in the debates on social media:

My takeaway from this was that for many voters, the Liberals need to stink only slightly less than a rotting carcass of a dead squirrel in order to get these people’s votes. Sometimes these votes are sufficient to form a government.

The first theme is merely another way of acknowledging the Conservatives’ general inability to win enough seats to form government, and therefore does not merit further exploration. Analyzing the other three would, hopefully, provide some guidance that could help them improve their chances of electoral success. In a nutshell, their challenge is to overcome deeply entrenched elements in our polity, so that they aren’t reduced to being in power only when the electorate gets sufficiently fed-up with the Liberals / NDP. Thankfully, there is a case from recent history that can show the way.

Modern industry in India dates back to the latter half of the 19th century. Starting with textile mills, it later entered the sectors of steel manufacturing etc. in the next few decades, culminating with the founding of modern banks and an airline. The most prominent business houses were Tata and Birla, although there were several other big names as well. These industries operated in what can, with some hesitation, be described as a free market – albeit within the constraints of colonial rule. It is important to remember that the main objective behind colonization is to gain cost-free access to the resources of the colonized lands. Therefore, industrial development / growth in the colonizer country is fed by the resources of the colonized land; developing local industry is not a priority. As a result, in general terms, India remained an industrially backward country up to independence.

After independence, the new government put a great emphasis on developing industry across the country. However, one major obstacle was that capital was in short supply. This was a result of centuries of colonial exploitation. Gradually, a structure of institutions was developed that aided industrial development, including providing capital in the form of lending by government-owned corporations. In order to make the entrepreneurs’ task easy, special emphasis was put on developing ‘Small Scale Industry’. These units enjoyed many benefits compared to larger ones, including preferential rates of the tax that was levied on manufacturing (called ‘Excise Duty’ at the time; this was later changed to ‘Modified VAT’ or MODVAT later) and direct subsidies in cash.

At the same time, there was a strict licensing policy in place. This is known (infamously) as the ‘Licence-Permit-Quota Raj’. The ostensible reason for this policy was to prevent the emergence of monopolies. At inception, each industrial enterprise would be given a licence for the maximum quantity of its product that it could manufacture in a year. This naturally limited growth. Many entrepreneurs got around this limitation by starting another unit for the same product. However, economies of scale still eluded them. As a result, consumers paid higher prices for their products than were achievable. More importantly, government policy frequently prevented such additional units.

In trademark socialist fashion, the collection of policies aimed at boosting industrialization of the country had the exact opposite effect of stifling industrial growth. Given the coercive power of the State, industrialists were powerless to grow their business beyond a point. Enter Dhirajlal Ambani.

Coming from a modest background, Dhirajlal Ambani (who became known affectionately as ‘Dhirubhai’) was starting off in textile manufacturing after trying his hand at other businesses earlier. His industrial units were located in the state of Gujarat. His response to the obstacle to growth that these policies posed was simple yet elegant. Its brilliance lay in the fact that it leveraged in his favor the same policies that were creating an obstacle to growth. His response consisted of letting people know that if anyone owned a weaving loom, his company, Reliance Industries, would be happy to enter into agreement whereby the company would loan them the yarn, and guarantee to buy back the woven fabric. Each loom-owner would, of course, be an independent owner of their business, which would get classified as ‘Small Scale Industry’.

Gujarati people are renowned for their proclivity for business ventures, and the response to Dhirubhai’s plan was enthusiastic. Using loan financing from the government-owned corporations, droves of people bought weaving looms and became part of the network of ‘Small Scale Industries’ feeding Reliance’s growth. The steady rat-tat-tat of spindles shuttling back and forth in the looms became part of the constant background noise in some cities, merging with the cacophony of traffic and honking horns. The fabric that they produced, having benefited from the special exemptions and relaxations applicable to small industries, was cheaper. Dhirubhai had achieved higher quantity and lower cost without increasing his own manufacturing capacity. The capital required to increase production was supplied by the same State that stood in his way of increasing production. The reward for the individual owners of looms was more than just monetary. In a community that prizes entrepreneurship, being a business owner was a matter of pride. The owners also had a sense of being in better control of their lives as compared to having a job somewhere.

Dhirubhai had his share of opponents and detractors, perhaps more than his share. However, at every juncture where he faced opposition (often because he pushed the laws to their limits), he had the backing of this large and ever-growing network of people who had a vested interest in his success. This helped him to prevail over difficulty without fail.

In the early 1980’s, the government started reducing the restrictions on manufacturing limits. By that time, Reliance had grown large enough to take maximum advantage of the relaxations, and surge ahead of its competitors. The company chose a path of vertical integration, first by setting up units that made the yarn that it needed (from petrochemicals), and later by building a refinery to process crude oil to derive the petrochemicals it needed to make yarn. When inaugurated, it was the second-largest refinery in Asia.

As an interesting side note, the name ‘Dhiraj’ means ‘patience’, but Dhirajlal Ambani was always a man in a hurry. By the time he passed away in 2002, his industrial empire was worth over US$ 25 Billion.

As I mentioned, this piece of history contains lessons that the Conservative Party can apply, both at the federal & provincial levels, to surmount obstacles that are nearly institutionalized in Canada. I will be going into that discussion in Part 2 of this article.