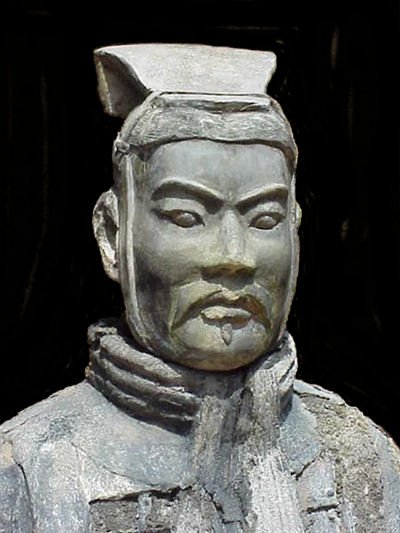 In Part 1 of this article, we saw how the Conservative Party has a built-in disadvantage when it comes to securing enough votes to form government federally and in some provinces. We also saw an example of how one man overcame a similar drawback in a different field, and in a different country.

Let us now explore how the Conservatives in Canada can apply the lessons from his success story to improve their electoral prospects.

The obvious challenge for the Conservative Party is, of course, how to apply the lessons from the Reliance story to Canadian elections. The first step in this direction is to abandon the obsession with the four themes that I mentioned above, because they amount to nothing more than whining. It is curious, at the very least, to see that broadly the same people who accuse their opponents (i.e. those on the Left) of wallowing in ‘victim mentality’ and even engaging in ‘victimhood Olympics’ are doing the exact same thing when it comes dealing with their side’s electoral fortunes.

Having got that out of the way, let us focus on what the Conservatives are doing wrong. Four things stand out in this regard:

Firstly, in the periods between election campaigns, the Conservatives give a lot of silent speeches. What I mean by this is that they do not put out sufficiently convincing communications that can resonate among people who aren’t committed Conservative voters. A major chunk of their ‘comms strategy’ consists of defending against accusations from the ‘Leftist combine’ of the Liberals, NDP and Greens as well as sections of the media. These defensive statements are no more effective than the exchanges that we see frequently on social media, where a person gets accused of (insert phobia / -ism here), and responds with the (unverifiable) claim that they have many friends who are (insert name of ‘victim’ group / identity here). However, the stakes in the two cases couldn’t be more different. It is often said of different Conservative leaders that they let their opposition define them (sadly, this ‘opposition’ isn’t restricted to political parties; many in the media belong in that category as well). In spite of this, they have not been able to find a way to define themselves in the eyes of many voters in a proactive manner, apart from haphazard attempts to reach people directly via social media. Their messages and speeches would not carry any less value if people viewed them on ‘mute’.

Second, at the federal level, the only forceful speeches from their MP’s happen in the Question Period in the House of Commons. There are two issues with this: few people watch these sessions, and the few that do are sufficiently engaged with politics to be partisans to greater or lesser degree. So their forceful speeches only end up impressing people who are already in their camp. In other words, their ‘success’ here is a classic case of ‘preaching to the choir’. The same thing applies to their social media accounts.

Thirdly, in order to woo those voters who lean to the Left, Conservatives often tend to co-opt the policies and ideas advanced by the Left. However, this only serves to strengthen the claims by the Left as to the inherent worth of their policies and ideas. Moreover, while espousing these leads to what is euphemistically called a ‘large tent’, ostensibly because there is now greater ‘diversity’ (to use the cliché) within the Conservative fold, it increases internal friction within the party. The tent is sought to be enlarged without realizing that there is a built-in conflict between the ideas of those being wooed and those who form the existing support-base for the party. Some of this conflict is avoidable by means of clear communication, for example whether the Party wants social conservatives in its base or not. While politics is the art of the possible, riding two horses at the same time only gets one to fall down. On other issues, such as how to address climate change etc., reasonable disagreement is possible on various policies where opinions can differ. Unfortunately, Conservatives have embraced the approach of their opponents, where diversity of opinions is viewed with disfavor.

As a result, between the voters who are being wooed and those already in the support-base, the former group somehow acquires greater importance for the Party, and as a result, the latter group feels excluded / marginalized / disenfranchised. In some cases, this disenchantment leads to factions breaking away to form new, mostly short-lived and unsuccessful parties. All that this achieves is fragmentation of the Conservative support base, without necessarily acquiring new ‘converts’ from the Left. The Party needs to find a way where it doesn’t have to be ashamed of its traditional support-base, while convincing others that it can deliver better governance compared to other parties. What it is doing now instead is shunning / banishing members & followers which, paradoxically but not surprisingly, leads to less diversity in its ranks. Instead of enlarging the tent, they only end up moving it to a different spot, located over to the left of its original position. People who were previously in are now out, and people who were previously out are not necessarily in.

The cruel paradox that results from the Conservatives’ attempt to co-opt Leftist policies is that in the opinion of many conservative-minded voters, the party becomes (has become?) ‘Liberal-lite’, and assorted MP’s etc. get called ‘Liberal in a blue suit’, but yet the general impression persists that their party represents outdated conservative (including socially conservative) ideology. While the Party attempts to become a clone of the Liberal Party, it still gets viewed as a clone of the Republican Party of the US. As a result, it continues to be vulnerable to accusations of assorted phobia and –isms.

And finally, the Party is unduly obsessed with raising funds. In fact, there is an element of boastfulness in its announcements about how much money it has raised in a given period. This fails to take into account (pardon the pun) that money doesn’t buy you love – or influence the outcome of an election. The amount of money raised is commonly called a ‘war chest’, and having a bigger one is seen as a good thing. But history is replete with accounts of actual battles where the side with the larger army and more materiel than the other side still lost the battle. Conservatives need to realize that spending a ton of money during campaigns does not suffice to overcome their significant image deficit. Indeed, election campaigns are precisely the periods when this deficit is greatly added to; this is the time-window when the Party is most vulnerable to external factors ranging from ‘bozo eruptions’ among its candidates to outright malicious messaging by their opponents. In a nutshell, thus, an election campaign is precisely the wrong time to try to address the image deficit. Moreover, the ‘image surplus’ of the Left is an issue that can’t be resolved by throwing money at it, least of all at the singularly inopportune time. To make matters worse, greater success in raising money perversely feeds into the narrative that Conservatives are cozy with big business / rich people, and are therefore not the party for the average Joe / Jane. In other words, their ‘image deficit’ worsens because of their success.

Now that we have examined what the Conservatives are doing wrong, let’s delve in to what they need to do right in order to strengthen their grip at the grassroots of the political landscape.

The same school system that the Conservatives are all riled up about can be used to this end, by forming students’ clubs that provide this alternative narrative. The key here is to avoid partisanship at all costs – just keep the narrative tightly limited to things that are good about Canada. The themes for this narrative can be from the past (e.g. Canada’s role in the two World Wars, or in international Peacekeeping, or in the underground railroad) or from the future (e.g. competition among students to come up with innovative technological solutions to everyday problems that reduce the use of energy).

The entrenched narrative of the Left today is essentially a negative one. This makes it possible to describe the world in binary terms, which, in turn, facilitates painting some Canadians as being ‘evil’. Introducing young minds to the more complex nature of realities at the granular level would free these minds to form their own opinions and, hopefully, wean them away from the negative narrative. The good part here (for the Conservatives) is that this can be done using the same resources that are working against them now.

WHAT HAVE YOU DONE FOR ME LATELY?

I find it difficult to believe that, with the strong financial support that they receive from their members & donors, the Conservatives haven’t thought about building an auxiliary support system that augments the social support programs of the government. Unless there are legal restrictions (and I doubt if there are), there is no reason why a political party cannot engage, if not directly then through arms-length proxies, in endeavors that bring much-needed support to the disadvantaged, marginalized and at-risk segments of the society, including new Canadians. By not doing so, the Party is demonstrating that it is strictly a political entity, and not a social one. This is one factor contributing to its ‘image deficit’. The Left does not suffer the same fate, because the existing social net in Canada is seen as a result of their initiatives; they don’t need separate exercise to gain ‘cred’ on the social front.

Determining eligibility to receive support is a cinch – the claimant would just have to produce the government document that says so. This applies the lesson from Dhirubhai’s example – the entire machinery for zeroing in on the individual is already being run by the State.

Regardless of how they do it, however, it would be imperative to keep political messaging out of this process. The idea here is to redress the ‘image deficit’, not to enlist supporters. This is akin to businesses finding it desirable to be good ‘corporate citizens’; there is no reason why a political party shouldn’t want to do the same. There is no immediate pay-off; the whole thing boils down to (as Alfred P. Sloan Jr. called it) ‘enlightened self-interest’.

There are certain ideas that need to be reinforced, over and over again, in the alternative narrative being offered to young Canadians and at the Youth Forums:

It will take the Conservatives at least a few years to do all of the above. Getting to a place where they are competitive in elections will take the Conservatives a long time. Their ‘image deficit’ has built up over a long period and cannot be eliminated in the short term. But if they go about it methodically, it is possible. A viable political party that has an equal chance of forming government would also be good for Canada’s future.