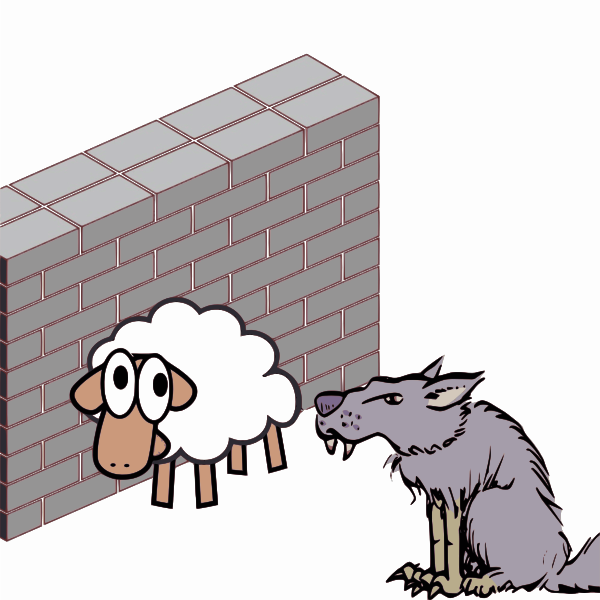 In an earlier article, Windward Islands, I explored reasons behind the curious phenomenon in Canadian politics, where immigrants from socially conservative societies tend to vote for parties with socially liberal policies in Canada. As I posited in that article, the argument that this anomalous voting behavior is caused by financial inducements does not suffice to fully explain the voting decisions that run contrary to the deep convictions and/or beliefs that these voters carry. Applying an adage from financial markets to political science, we can say that, apart from ideological factors, two chief motivators of the behavior of voters are greed and fear. Promises of financial benefits are, therefore, only one half of the picture. The part about fear is still missing.

In this context, it helps the political Left in Canada that the overwhelming majority of immigrants come from countries where the relationship of the individual with the State is one of hostility. The Left leverages this deeply ingrained prejudice by painting the political Right in Canada as a political force, made up almost exclusively of white people (with some non-white lackeys), that is irredeemably hostile towards people of color and other minorities. An imagery is conjured wherein this force is painted as being intent on visiting oppression on these groups of Canadians. It, then, becomes a matter of self-preservation – if not outright survival – for the non-white, new Canadian voters to keep this force from forming a government.

In order to succeed, however, this strategy needs equally effective tactics. An old story about a lamb and a wolf will help us understand how such tactics are formulated.

On a bright summer day, a lamb went to a nearby stream to get a drink of water. It did not notice that a wolf was also drinking from the same stream a short distance away. The wolf was hungry, and eyed the lamb with interest. It would have been easy for the wolf to kill the lamb, but the wolf wanted a pretext for doing so; killing a defenseless lamb without a just cause would be bad for the wolf’s reputation. So the wolf devised a plan.

“Now that you have stuck your tongue in the stream from which I was drinking, I am having to drink water that is contaminated with your saliva”, the wolf said.

The lamb was startled, but managed to keep its wits, and pointed out that it was standing downstream of the wolf; if anyone was drinking water contaminated with saliva, it was the lamb itself.

The wolf revised its approach. “I don’t mean right now, I mean you did that last year,” it said.

The lamb replied, “I wasn’t even born last year, so there is no way I could have contaminated your water then.”

Faced with this valid argument, the wolf added another revision. “Yes, I think it was your sibling. Nonetheless, you have to pay for its wrong action.”

To this, the lamb replied, “I am the first-born lamb of my parents, so whoever it was last year wasn’t my sibling.”

Having reached the end of its patience, the wolf said, “Oh, now I remember exactly. It was one of your parents. I will have to kill you for the affront of your parent.”

After saying this, the wolf attacked the lamb, killing it quickly, and had a hearty meal.

Just as happens in the story, in Canadian politics as well, the Left aims to conjure a ‘wrong’ that the political Right is supposed to be guilty of. However, this poses two problems. One, Canada has a much cleaner record in terms of the actions of governments as compared to most other nations. Secondly, the wrongs that undeniably have been committed in our political history are shared between the Left and the Right. By drawing attention to some of these wrongs, one runs the risk that one’s own side may come under scrutiny. Therefore, prudence dictates that the Left should hype up the wrongs that the Right would commit if it forms the government.

As the current flag-bearer of the political Right in the country, the Conservative Party of Canada is in the position of the lamb. The challenge before the Left is to find an issue on which the CPC can be accused how harboring nefarious intentions. Enter the debate on abortion.

One of the successes of the Left in this matter is that they have been able to convince a lot of Canadians that a woman’s ‘reproductive rights’ are guaranteed under the Charter. This is untrue, and I have discussed it in detail in an older article Dead On Arrival. Suffice to say here that in its famous, if largely misunderstood judgment, the Supreme Court did not rule that the Parliament does not have a right to pass legislation on the matter of abortion; it merely ruled that some provisions in the law that existed at the time were in violation of the Charter.

Naturally, the Left doesn’t let these inconvenient facts get in the way of their narrative. Having identified the issue, they proceed to accuse the Right (in effect, the CPC) of having a secret agenda to rob women of their ‘reproductive rights’. It also doesn’t matter that just recently, the CPC was in government for nearly a decade, and made no effort to pass legislation relating to abortion. What is at issue here is not the actual record, but the impugned intentions.

At this point, the lamb is merely downstream of the wolf.

The next stage consists of digging up some past statements, including on social media, as well as attendance at certain events by obscure backbench MP’s of the CPC. The ground is now ripe for insinuating that these barely-reported items from the past of some inconsequential MP’s of the CPC constitute the so-called hidden agenda of the entire party. We are now at the stage of the wolf accusing the non-existent sibling of the lamb for having contaminated its water.

The final stage is a veritable coup-de-grace. Someone will bring up the fact that in its dying days, the government of the Conservative PM Brain Mulroney had introduced a new legislation on abortion after the Supreme Court struck down the earlier one. The fact that this was done as suggested by the Supreme Court itself in that ruling is conveniently ignored. If the lamb didn’t contaminate the water, and has no siblings, then it must be the parents’ fault.

The subtext of the messaging from the Left, as understood by many new Canadians (who are almost all people of color) is that once the Conservatives have taken away the ‘Charter right’ of women in the matter of abortion, they would promptly turn their attention to taking away the Charter rights of other vulnerable groups. A creative person could easily compose something along the lines of the famous ‘First they came for the Jews …’ message. Only in this case, it would have to start with ‘First they came for the women seeking abortion …’.

The effect of this message is that new Canadians who have extremely strong views against abortion, either on account of culture or religious belief, become ardent opponents of a Party that they have been led to believe would pass legislation restricting women’s access to abortion. This bears repetition: voters develop intense aversion to a party because they believe that it would, as government, function in consonance with the said voters’ own deeply held beliefs. It is difficult to conceive of a greater marketing achievement; the Left should be justifiably proud of it.

A very similar phenomenon plays out in respect of the LGBTQ community and their rights. All that needs to happen is the publication of a piece casting aspersions on the willingness of the leader of the CPC to march in a Pride parade, and people who are viscerally opposed to same-sex couples and transgender rights get convinced that they should not vote for that party’s candidate in their riding. This is not because they have suddenly changed their beliefs. Rather, it points to their perception that the LGBTQ community is a fellow-member of the club of would-be victims of a party that is hell-bent on taking away the Charter rights of an assortment of groups. Given these voters’ history of hostile relationship with the State from their country of origin, this belief is easy for them to form. It is also worth noting here that these aspersions do not need to be connected with reality; in the warped world of victim mentality, accusation suffices as evidence. Strong denials by the accused to the contrary are of no effect; the mere fact that someone claims that they talked to someone who claimed that s/he saw smoke is sufficient to establish, incontrovertibly, that a fire occurred.

The membership of this club of would-be victims is, thus, a motley group that would otherwise be at each other’s throats, but are temporarily united in the face of a common ‘threat’. The only thing that remains for the Left to do is to keep this temporary alliance together for as long as possible. So far, they have succeeded.