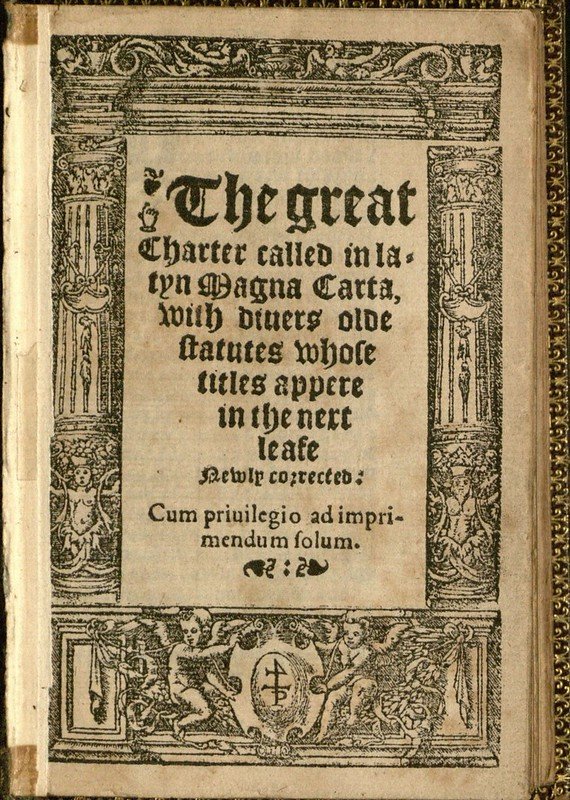 (Image Credit: ‘Magna Carta’ from the Flickr account ‘Yale Law School’; the image is at this link. Used without modification under Creative Commons Licence)

The desire to stretch facts with a view to convincing people about something is directly athwart the need to present bare facts in order to retain their trust. Canadian institutions often fail at this, thereby fueling distrust.

Last week, two stories dominated the discourse on social media: l’affaire mannequin at CBC, and the mischaracterization of the death of a 14-year-old cancer patient in Alberta as one caused by Covid. Acceptance or rejection of the clarification (by CBC) and apology (by the Alberta CMOH) was decided by the overall ideological divide on Covid.

To my knowledge, there hasn’t been any commentary – at least in a formal manner -on the effect of these lapses on the credibility of our institutions. To be clear, this effect is relevant only as regards those who view such institutions with mistrust (if not outright distrust); Canadians who view them with unshakable faith are hardly affected by the brouhaha. But seeing as the current challenge of our authorities is to win over the trust of the as yet unconvinced, I consider this to be a major issue of the time.

The mistrust / distrust is often derisively written off as the result of undesirable traits in some Canadians. However, this treatment does not bridge the gulf, and in fact further entrenches the mistrust / distrust. Calling people anti-science, knuckle-draggers, Neanderthals etc. may be satisfying, but it is – and always will be – counter-productive. Therefore, any able administrator avoids that route.

What causes some Canadians to view our authorities as untrustworthy? Let us examine this in the context of Covid.

While social media is not the (entire) reality, it does offer valuable clues as to what things are, and why. If our policymakers were so inclined, they would glean clues as to the origins / causes of their impression among many Canadians as less-than-forthright, and then work from there to correct that impression. Here is a partial list of statements / stances on which the initial word from the authorities was the exact opposite of what they said, with equal certitude, a short while later:

The usual refrain for the above argument comes in the shape of the counterargument that ‘the science has evolved’. There are three problems with this:

In a nutshell, what many people sense is lack of accountability for mistakes. This is contrary to the (perhaps intuitive) understanding of our social contract on the part of the citizens. We conduct ourselves vis-à-vis the State on the tacit assumption that authority and accountability are two sides of the same coin. But in the past 20 months or so, it has been revealed that the ‘coin’ called the Canadian social contract has only one side. Or, if it has two sides, it is like the coin that was carried by the character of Jai in the Hindi movie Sholay (meaning ‘Flames’), which had ‘heads’ on both the sides. Citizens are in a worse position than the proverbial ‘Heads I win, tails you lose’ situation – because there is no ‘tails’ on this coin.

How would the concept of accountability manifest in the two cases mentioned at the start of this article?

In the case of CBC, one would need to delve into the production process of the news item in which the mannequin was featured. Who decides what goes in a story as visual content? Does that person have oversight / editorial control? Who finally signed off on the visual / footage for use in that story, knowing that it contained a mannequin? Was this decision made without realizing the possibility that it may end up conveying an unwanted impression? Or was it made without being concerned about what the image may convey? Does this ‘error in judgement’ (as CBC termed it) constitute a violation of journalistic principles or internal rules / guidelines at CBC?

It is important to point out here that the objective of such inquiry should not be the public shaming of any individual. Rather, it is the institution that needs to offer a mea culpa to the people who fund its operation and pay the salaries of the people involved. In my view at least, they haven’t really done that – because they haven’t explained to people how the ‘error in judgement’ came about, and what steps were taken once it was revealed and acknowledged.

In the case of the 14-year-old cancer patient, it hasn’t been made clear as to why a terminally ill patient was tested for Covid. Perhaps it was medically indicated, but people should be told why. Crucially, how did the young person’s untimely death due to cancer get classified as a Covid death? Who inputs the data? Who verifies it (assuming there is verification)? What changes have been made to the system around inputting & verifying data so that such an error does not happen again?

Again, without revealing the identities of the individuals involved, it should be possible to offer a better, more detailed explanation / assurance to citizens.

The fact that none of the above has been done merely serves to entrench the mistrust / distrust of authorities & institutions among many Canadians. They already believed that they were being had – and look, here is one more instance of proof (in their opinion) that it is indeed so.

As I have noted in several articles, we are seeing a rising level of authoritarianism in Canada over the last little while. One characteristic of authoritarianism is that those in positions of authority are loathe to admit a mistake. In some instances, however, it becomes unavoidable. In such cases, the admission is kept at the bare minimum. This is because, in the perception of the authoritarians, anything more than the bare minimum diminishes their authority. The resulting dissatisfaction / disenchantment / mistrust / distrust is handled via the exercise of authority. This ‘handling’ usually takes the form of suppressing those sentiments by force.

In addition, in today’s context, the authoritarians also have the benefit of having the entire corps of Canada’s Neo-Clergy at their disposal. This horde of non-State enforcers exercises peer pressure – to the point of ostracization if necessary – to get the dissenters in line, or at least keep them in check.