One Lie Too Many 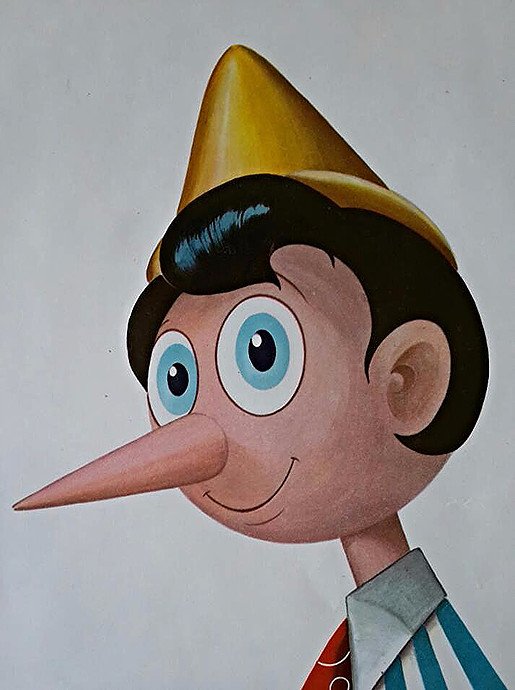 (Image Credit: Giorgio Scapinelli via Wikimedia Commons; the image is at this link. Used without modification under Creative Commons Licence)

The report that an official document was backdated to mislead a federal judge may put Minister Mendicino in the terminal phase of his political career. The question is whether the same will happen to the Trudeau government.

The report by Blacklocks Reporter that when Marco Mendicino was Immigration Minister, official documents were backdated and submitted to a federal court is nothing short of explosive. Unfortunately, reaction to this revelation (to the extent that it exists at all) has come from those who are generally critical of this government; the voices of those who support the government are conspicuous in their silence. One is tempted to speculate that this could be the quiet before the storm.

Realistically speaking, there is a broad agreement in any democracy that their noble sounding statements and official oaths notwithstanding, the people in government are less than forthright in their actions and dealings. However, this shared belief is tempered – to a greater or lesser degree – by party loyalty (one may use the term ‘tribalism’ if one wants to be acerbic about it). Over a period of time and as the questionable actions accumulate and pile up, this loyalty factor erodes sufficiently to bring about an electoral defeat for the party in question; the cumulative weight of the baggage of misdeeds in office becomes too much for ‘tribalism’ to be an effective counterweight.

Naturally, the length of time over which this baggage reaches ‘critical mass’ depends on these two factors, operating in opposite directions: the severity of the government’s misdeeds versus the intensity of widespread party loyalty. Considering that we are talking about a government (ANY government, just to make this clear) betraying the people’s trust here, strong party loyalty works to the detriment of the nation. However, a point of caveat is in order at this point – in the short term, it is often difficult to judge whether the defence of a government by their loyalists against allegations of wrongdoing is in fact corrosive or not; unfortunately, this judgement is only clear in hindsight. A society that is capable of arriving at this hindsight sooner stands a better chance of resisting the deleterious effects of tribalism.

Since Justin Trudeau became the Prime Minister in 2015, the tussle between ‘misdeeds’ (whether they were real or perceived / alleged is irrelevant here) and loyal support for him / his party has played out a number of times. This is by no means exceptional, although one may argue that their number, frequency and seriousness since 2015 makes this government stand apart. Here is a partial list of these instances:

In all these instances except the last one, Mr. Trudeau and his government were able to weather the storm on the strength of intensely loyal partisans putting up a vigorous defence in their favour. They were also aided by the fact that the political opposition (within the parliament and outside) was weak and ineffective. Several other factors also came to their rescue: some of the issues were highly technical – e.g., a trading block of nations (TPP) or legal intricacies (SNC-Lavalin), while some others pertained to specific groups of people (Indigenous, Black and Indo-Canadians). The long and short of it is that after a period of intense kerfuffle, the crisis blew over – but this time it may be different.

A SENSE OF JUSTICE

The crucial difference between the earlier controversies / misdeeds and the latest one, where it is reported that when Marco Mendicino was the Immigration Minister, official documents were modified in a backdated manner in order to mislead a federal judge in a case before the court, is this:

People have an intuitive grasp of right and wrong, and when it comes to fabricating evidence in a legal case, it is difficult to confuse them with any narrative. It is not possible to hide behind technical jargon like ‘deferred prosecution agreement’ or lofty claims of ‘saving Canadian jobs’, as happened in the SNC-Lavalin case. No subservient MP can be trotted out to claim that what happened is not treated as objectionable in the racial / ethic community in question, as was the case with the India trip and blackface uproars. The incident cannot be blamed on nefarious elements in a foreign country’s government after a subservient MP had been made to agree to be the fall guy (the Jaspal Atwal part of the India visit). There aren’t any huge sums of money involved that can be promised to be paid back (Butts & Telford case) or justified due to the emergency nature of Covid (the case of former Liberal MP Bayliss). The only thing that can stand between the act and its condemnation is tribalism of the worst kind. Therefore, it seems unlikely that the government will be able to remain unscathed in this case – IF the story gets wider traction than it has so far.

‘THE STORY IN THE GLOBE & MAIL IS FALSE‘

Contrary to the SNC-Lavalin story, where PM Trudeau had to issue a flat-out denial on the very morning when it was made public, in the case of backdated documents, all we have heard is crickets – from the entire political spectrum. No one from the Liberal camp has denied it, and no one from the Opposition camp has issued a statement of concern. As far as I can make out, no mainstream media has picked up on the story as yet. So far, apart from Blacklocks Reporter which broke the story, only the Western Standard and True North Centre are talking about it. This part is itself worthy of an investigative story.

The silence on this matter from Jagmeet Singh, who has hitched his wagon with the Liberal government, is disappointing but unsurprising. Although he announced that he has tested positive for Covid, it is of a mild variety, so that should not stop him from making a statement in this hugely important manner. The lack of statement from the Conservatives is puzzling. Have they missed noticing the story? One hopes that as the official opposition, they would be more observant than that. Or is it that they aren’t sure how to handle this? Again, one would hope for better. Are they waiting for the MSM to start talking about this before reacting? Given the animosity between the MSM & CPC, that seems unlikely. In my view, it is not just their duty to all Canadians but also an opportunity for them to highlight the moral depravity that allows a government to ‘utter a forged document’ – and that too in a court of law. The more they delay reacting to this, the more they are failing the people of Canada and harming their own party; the optics of being potentially on the government’s side – or even being tolerant of what was done – on this grave matter are horrible.

The inertia of the MSM and the political class on this matter, if it continues, will likely be countered by the masses. As we saw recently with the #TrudeauMustGo movement, there is a real possibility that we are now approaching a moment when the tide of the public mood turns decisively. If people and independent journalists keep talking about the willful corruption of the judicial process by the government itself, it will become impossible for the MSM and the political class to ignore it.

As an initial reaction, it is conceivable that the government will likely throw a public servant under the bus. If that doesn’t suffice, then it will be the turn of Minister Mendicino to get a close-up view of the underside of that metaphorical bus. With this kind of baggage, he is unlikely to have a political career – at least after the next election. The question is whether the public pressure (and, if we are lucky, additional pressure from the media and the opposition parties) will bring about the fall of the government that thought it was no big deal to try to fool a court of law by producing blatantly fraudulent documents in front of a judge. It is difficult to overemphasize the implications if the government is able to survive this issue – EVERYTHING that a government does henceforth will be a subject of doubt in the people’s minds. Not just this government, but any government in the future will have lost the legitimacy to govern. Our democratic social contract will have been broken, and it won’t be long before we cease being a democracy.