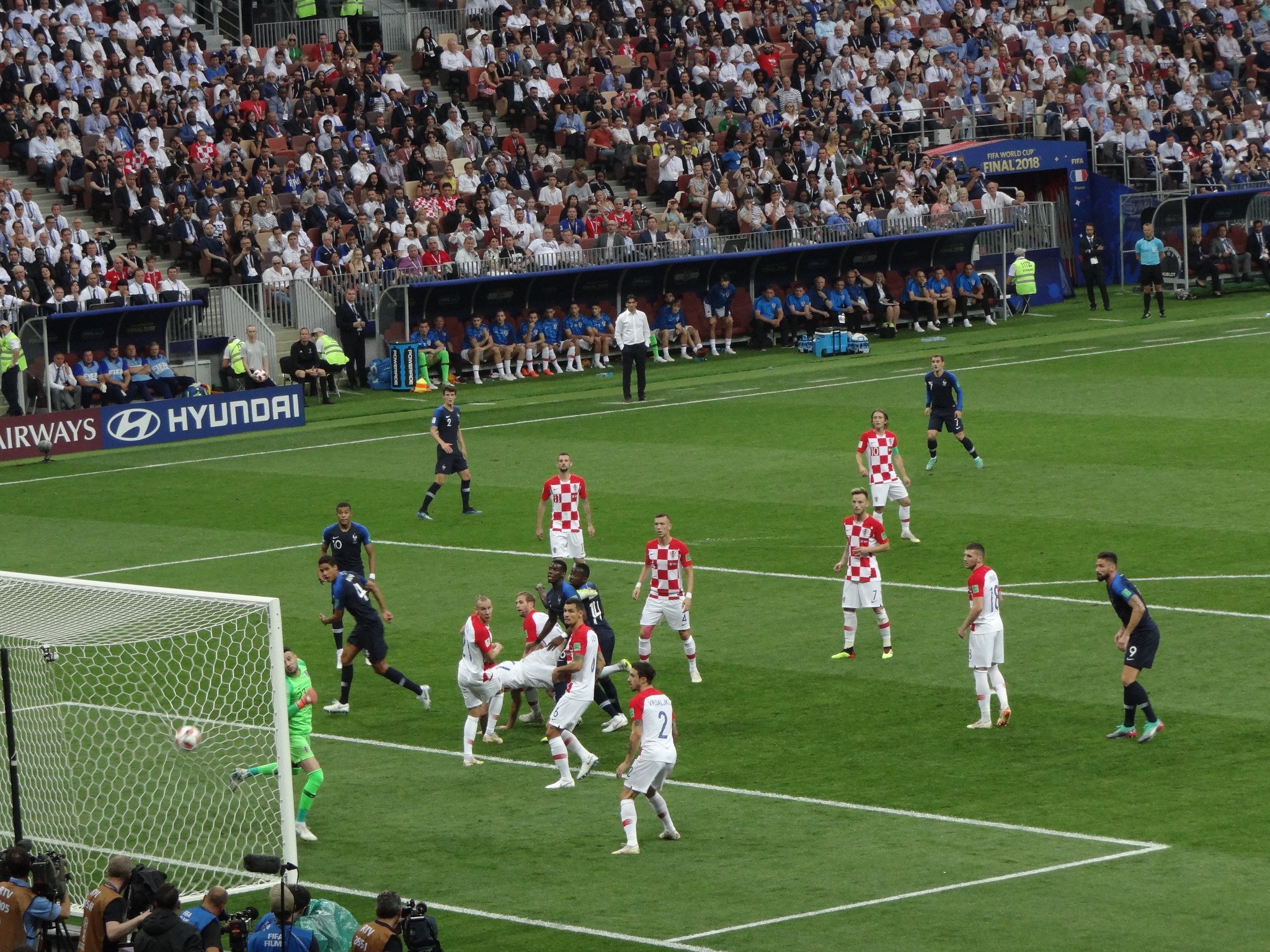 (Image Credit: Ben Sutherland on flickr.com; the image is at this link. Used without modification under Creative Commons Licence)

One of the founding experiences in my political education in Canada was the claim – some even call it scaremongering – by many Leftists that ‘Conservatives would bring in two-tier healthcare’ or its variant ‘Conservatives would privatize healthcare’. Since this claim was made without any elucidation as to why this would necessarily be a bad thing, I was left to conjecture. Having lived all my life (in various countries) where public and private healthcare institutions existed side by side, I lacked the necessary background to understand why some Canadians have such a visceral reaction to the very idea of private healthcare.

Over a course of time, I learned that most of the healthcare institutions in Canada are privately owned, from the walk-in clinics to large hospitals and diagnostic laboratories – but their revenues come largely from taxpayers’ money, rather than directly from the people they serve. From the perspective of discussing policy, the primary effect of this chimeric arrangement is that we don’t readily know how much they are charging for different types of services – although a determined individual can find out. For example, this link lets you search for the ‘Billing Codes’ in B.C. for 2022 (at the bottom of the page, there are further links for Ontario & Alberta; from my limited search, the amounts appear to be the same across the three provinces for any given ‘Billing Code’). As an illustration, a General Practitioner is paid $ 31.65 for a ‘consultation’.

Coming back to the issue, any talk about revisiting this structure has the effect of setting off 7-bell alarms in large swathes of our population. On one hand, we have the unshakeable belief that ‘Canada has the best healthcare in the world’ – despite ample evidence to the contrary. On the other hand, any grudging acknowledgement of the shortcomings of our healthcare system is usually accompanied by demands to provide more funding for it – despite equally ample evidence that what ails our healthcare system is not paucity of funds; if anything, it may be overfunded. The resulting miasma is, quite naturally, fertile ground for the emergence of the very thing that we so adamantly seek to avoid at all costs.

On February 28, an article by Andrew MacLeod appeared in The Tyee with the title:

“Is Two-Tier Healthcare Growing in B.C.?”

The astute reader will have noticed the use of the word ‘Growing’ – meaning it already exists. The article contains a marquee case of an elderly couple that was asked to pay $ 9,200 annually simply to retain the privilege of being on the list of regular patients of their long-time family physician who had moved to a different medical facility – but as regular readers will know, I prefer to form my opinions based on data (or the broader picture if data is not available) rather than on anecdotes.

In fairness, the article does delve into the broader aspects involved here – specifically, the involvement of large corporations – whose core business is not necessarily associated with healthcare – getting into the game. The corporation cited in the article, Telus, is quoted as saying that the annual fees are ‘for services that the public system doesn’t cover’ (we shall return to this point shortly).

To this ‘explanation’ by Telus, one can rightly say, ‘So much for ‘universal’ healthcare’. (I have covered this aspect in my earlier article ‘Delayed Delivery’. In a nutshell, a bureaucratic apparatus sitting in judgement over which services should or should not be covered under the public system (a) creates a severe bottleneck in the availability of the said services, and (b) makes the provision of healthcare a political decision rather than a medical one. And this is where corporatism gets joined at the hip with officialdom – regardless of the political stripe of the government of the day.

What we need is a complete re-think of our healthcare system, rather than the incrementalism that brings corporate and political interests in a partnership to the detriment of the population at large.

Sometime in the early 1980’s, a management book titled ‘In Search Of Excellence’ became a bestseller. In 2002, it was adjudged as ‘the greatest business book of all time’ by Britain’s Bloomsbury Publishing.

When I heard about the book, I remembered my Business Management professor’s warning: “The best option is usually the greatest enemy of all the good options.”

What he meant by that was that there are many small steps that one can take to bring about improvements in anything, and the cumulative result of all those improvements leads to excellence. On the other hand, envisaging a great or perfect system while ignoring the ground reality would cause one to de-prioritize these small improvements in preference to an almost utopian goal which, naturally, is unattainable. Thus, one is left with the benefit of neither.

The way to reimagine our healthcare system is by adopting another well-established management practice – Management By Objectives (MBO). To give you an example of this, in my earlier article ‘Check Point Charlie’, I have mentioned how having only one registration counter at a hospital becomes a bottleneck affecting the availability of ambulances, paramedics and even police officers on the beat. So, if we decide on the (relatively small) objective of reducing the time it takes to register a patient, that objective can be achieved by increasing the number of staff / counters where incoming patients are registered. Focusing only on the unavailability of ambulances / paramedics would lead to demands to increase their numbers. But employing two or three more people at the registration counter would be a much more cost-effective solution that would actually address what ails the system, whereas increasing the number of ambulances would only lengthen the lines at the registration counter even further, and more wasted manpower of the paramedics.

Let us now see how this approach can be used in the context of family physicians.

I was discussing the issue last year with a family physician in Canada who has also worked in other western / European countries. Those countries also have (their own version of) universal healthcare. There, a system of co-pay exists whereby a family physician is paid by both the public system and the patient. As a result, the doctor gets more money for each patient visit.

This would, of course, be anathema in Canada. Any politician who so much as whispers about co-pay would be committing political hara-kiri. I wouldn’t fault them too much for shying away from this idea, though; introducing co-pay would amount to a fundamental change to the social contract on our ‘universal’ healthcare.

But would it possible to allow family physicians to practice in Canada without being in the public system at all? My guess is that they would charge more than what other doctors get paid by the public system. But if that makes their services available to those who can afford it, would it not free up capacity in the public system for other patients? As we know, over 14% of Canadians don’t have a ‘primary healthcare provider’. Among them, and among the other 86%, there would be people who are able to pay for their visits to the doctor. Perhaps we can start a pilot project in an area where this idea is more likely to be relevant, such as densely populated urban centres. Depending on experience, we can expand it laterally to other geographical areas and vertically to specialist treatment / hospitals.

One thorny issue will be that our public healthcare system is taxpayer funded, so anyone opting for the non-public system would be paying twice. Again, this is a matter of a (revised) social contract. If we agree that this double cost is a fair price for quicker access, then nothing else needs to change. Alternatively, the medical facility can issue a tax document (such as the T4 or the RRSP investment receipt etc.) that would enable the patient/payer to take credit for not using the public system. As I said, this is a matter of common agreement being reached among Canadians.

Now let us return to the reply from Telus that their charge is ‘for services that the public system doesn’t cover’. Allowing private medical facilities to offer and charge for services that our increasingly misnamed ‘universal’ healthcare system doesn’t cover opens up a huge loophole that allows a two-tier system to enter via the backdoor. All that needs to happen is for the public system to quietly drop certain services from what they cover. This would initially – perhaps even normally – happen behind a very thick curtain. In the event that the fact becomes public, and raises a controversy, the defence would be based on grounds of ‘budgetary constraints.

As we approach the endgame of the Covid era, this is a major consideration – perhaps a pivotal one. The astronomical amounts of spending (and thus borrowing) by all governments to deal with Covid will finally have to be tackled, and one way of doing that would be to cut back on services. As more and more chickens come home to roost, we will ‘discover’ that we have fewer and fewer coops to house them in; some of the chickens will, alas, have to be sacrificed and consumed.

Things may even get to a stage where removal of medical services from the public system is announced formally instead of being done behind closed doors. And since our society is structurally incapable of arriving at a consensus – or even a broad agreement – on irrefutable facts, the rancorous debates will continue forever. In the meantime, the patients requiring these now-deleted services will still need them.

When people who can afford it go to other countries to get medical treatment rather than endure the long wait times in Canada, we effectively do have a two-tier healthcare system. The only difference is that the upper tier is composed of fewer people than it would be otherwise.