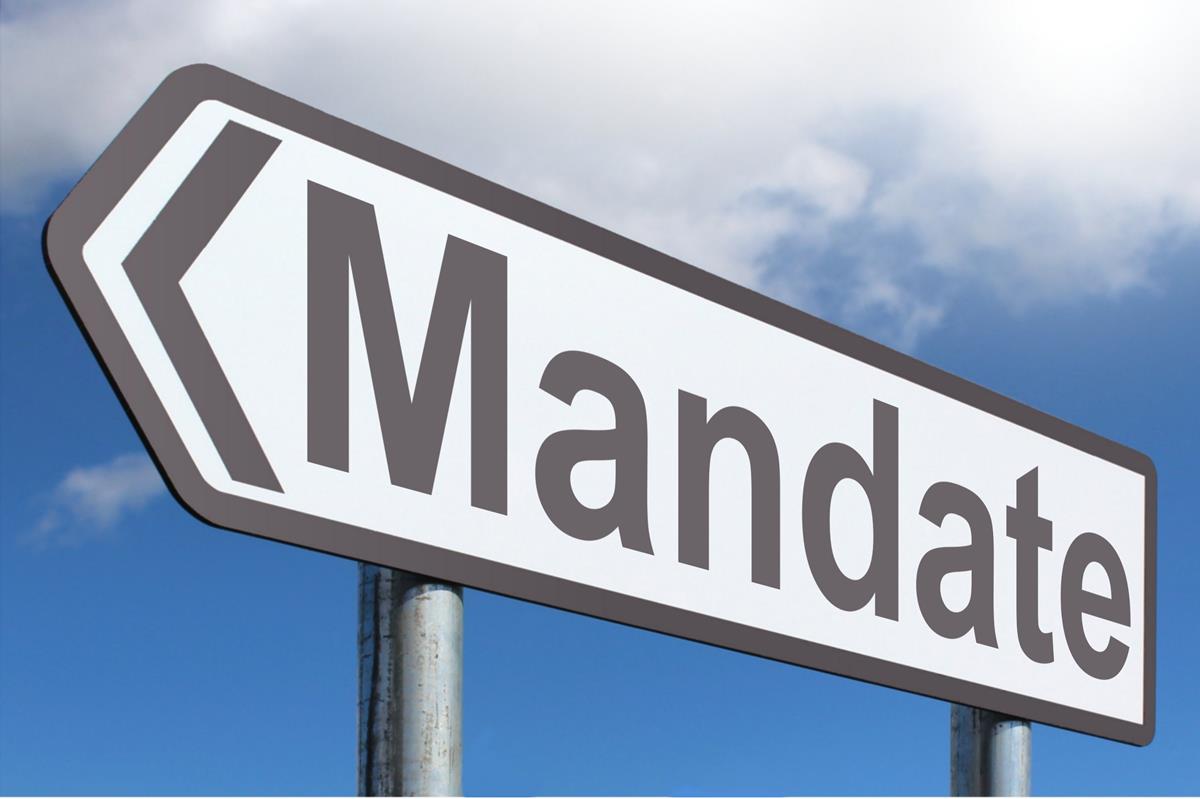 (Image Credit: picpedia.org; the image is at this link. Used without modification under Creative Commons Licence)

Many people still believe that making Covid Vax mandatory is a ‘minor imposition’ that is justified on a cost-benefit analysis. A case from recent history shows why this is a wrong way to think about such mandates.

In his column in the Globe & Mail on February 23 about the effects of the invocation of the Emergencies Act, senior journalist Andrew Coyne wrote the following right at the beginning:

“The minor imposition of vaccine mandates was painted as a nightmarish assault on liberty.”

The column then moves on to address the issues surrounding the Ottawa protests and the pros and cons of the invocation of the EMA by the federal government. There is no elaboration as to why Mr. Coyne believes the above statement is an undeniably true fact, rather than his opinion.

My view of such imposition is exactly the opposite of Mr. Coyne’s – but that aside, it cannot be disputed that the broader opinion on the issue of vaccine mandate remains strongly divided in Canada (and I am not talking about the number of people on either side, but rather about the intensity of their conviction that their view is beyond question). Therefore, making such a statement without further elucidation – as if it were a statement of universally accepted fact, like, say ‘The earth is a part of the solar system’ – renders the rest of his analysis / opinion wobbly at the very foundation. If I may belabor the point, this mandate was the very raison d’etre of the protests. Once that vital factor is tossed out of consideration so casually, it becomes a challenge to see the author as an objective observer to the goings-on in our country.

I tweeted this article, reiterating my opinion that Mr. Coyne is a ‘dyed-in-the-wool Statist’, and adding that “It is not a ‘minor imposition’ if it’s a precondition to be a part of society”.

My tweet caught Mr. Coyne’s eye at some point (I had tagged him in my tweet), and he quote-tweeted me as follows:

“It’s a precondition that can be met at zero cost, negligible risk and only slightly more inconvenience, as 90% of the adult pop’n have already done. Amid the worst global pandemic since the Spanish Flu, it’s the very least any of us could do.”

Let’s look at some of the components of the above statement before I dive into the historical precedent that I mentioned in the intro to this article.

Now let us turn to the historical example. As regular readers may have guessed, it is from India. Specifically, from the part of recent Indian history know as the Emergency (June 1975 to March 1977) during which the country’s Constitution had been suspended and therefore the citizens’ ‘fundamental rights’ (what we call Charter Rights here) did not exist. Among the excesses that were committed during this period was a drive to forcibly sterilize men; its victims were predominantly poor and/or rural.

The backdrop of this bit of history is that soon after gaining independence, India adopted an official policy to curb population growth, via benign measures such as persuading people to have fewer children and incentivizing them to get sterilized. There was even a government-subsidized – and therefore very low-cost – brand of condom called ‘Nirodh’ (a Sanskrit word meaning ‘to stop something from coming into existence’). Its name became the Indian word for ‘condom’ – people used to refer to imported condoms as ‘Imported Nirodh’. Part of the persuasive narrative was that having fewer children enabled the parents to provide for them better, including better education. Another part was that having fewer (and spaced out) pregnancies was good for the mother’s health.

However, population growth continued apace for a quarter of a century before the Emergency rolled around. The main impact of the approach of persuasion / incentivization was that people in the educated / upper strata demographic were choosing to have fewer children – but its impact was offset by the fact that improved medical facilities were reducing mortality rates, including infant mortality & that relating to childbirth.

By the time I became aware of this issue, the persuasive arguments in favor of ‘family planning’ had crystallized to the point of becoming cliches.  The main one was that a high rate of population growth was keeping the nation poor, which was preventing the government from investing in healthcare infrastructure. In other words, there was a direct connection between people having too many children and other people dying or suffering due to lack of medical facilities. Apart from the practical benefits of ‘planning’ one’s family, therefore, there was a moral aspect attached.

But as I said, these had become cliches being repeated ad infinitum in the echo chamber of the pro-family-planning side. The intransigence of the other side could only be dealt with by measures and means that were off limits due to the guaranteed fundamental rights in the Constitution. With the declaration of the Emergency and the suspension of the Constitution, that obstacle was removed. Coercive measures could be deployed, including forcible sterilization.

The push for forcibly sterilizing millions of men was spearheaded by Sanjay Gandhi, son of the Prime Minister Indira Gandhi, although he held no official position in any part of the government. He was unaware of how government and bureaucracies function, and thus was in a hurry to achieve results. In an atmosphere that was thick with sycophancy, he found many enthusiastic supporters. Among these were the Chief Ministers (what we call ‘Premiers’) in may states in northern India; these state got labelled informally as the ‘vasectomy belt’.

There were monthly quotas for vasectomy operations for each area, which were broken down by district and then to the lowest unit of the individual doctor.  In a climate of secrecy in policymaking – where rumors naturally abound – there were widespread whispers that any doctor who failed to meet his quota for vasectomy operations would be fired and even banned from practicing medicine altogether. Whether the rumors were true or not, the mad rush to sterilize any and every available adult male was on. As commonly happens when the pressure to achieve quotas is great – with entire careers on the line – little regard was paid to the circumstances of the victims of the whole operation. In some places, there were instances of violent resistance to the drive and in at least one such incident, 13 people died when the police opened fire on the protesters.

I was living in Gujarat state, which wasn’t in the ‘vasectomy belt’, so my familiarity with these excesses is via the reporting that took place after the Emergency was revoked (no one would have dared to write about it at the time). But years later I happened to talk to a man who was from Haryana and therefore had seen the thick of the action. He had himself narrowly escaped being vasectomized as a bachelor. As he narrated the incident to me, one day he was walking down the main bazaar of the town of Sonepat in Haryana state when he was accosted suddenly by a low-ranking government official who had emerged from a clutch of cars and police Jeeps. “Are you married?” he asked my friend. Haryanvi language is quite blunt, so my friend replied, “I am going to be engaged to a girl soon, but if anyone sees me with you, she will break off with me.”

Let us now see the points of commonality between the Inglorious Sterilization Crusade of India in 1975-1977 and the push for vaccination mandates in Canada post-2020:

These factors had, of course, existed for as long as the policy of curbing population growth had. For a quarter of a century, the combined positives of all these had been unable to overcome the obstacle of the unwillingness of individuals to let these positives guide their decision.

That obstacle was finally overcome by force – and the use of that force counts as one of the dark chapters in India’s post-independence history.

The Emergency in India is not an obscure historical event from an equally obscure part of the world. India has been home to 1/6th of the human population for as long as I can remember. Barring the brief 20-month period of the Emergency, it has been a functioning democracy – one of the few outside Europe and North America. The Congress Party of Mrs. Gandhi ended up losing a federal election after being in power for the entire post-independence period of 30 years because of the Emergency. By any yardstick, it was a seismic event with many lessons for anyone who is even remotely concerned with / interested in public policy, governance and statecraft.

So why is it that such a major event from recent past that would be a useful guide for us to find our way to a solution – or at least a workable policy – is not on the radar of our ‘opinion makers’?

That is not a rhetorical question, by the way. I am genuinely interested to know whether this is because they are unaware of history or are choosing to ignore it willingly. If they think that history from elsewhere is inapplicable to Canada, is that because being Canadian makes us ubermensch?

If Mr. Coyne had limited himself to the tweet that I quoted above, this discussion would have ended with the previous paragraph. However, he followed it up with another tweet:

“To blow this up into the Inquisition just shows an utter lack of proportion – an adolescent inability to weigh costs against benefits, risks against rewards, or individual rights against social good – as anyone with an ounce of common sense can see.” (Emphasis added)

Skipping over Mr. Coyne’s hyperbolic claim that I ‘blew it up into the Inquisition’, his choice of words here is emblematic of the sneering of ‘the Nattering Class’ that I wrote about in my article ‘The Class of 2020’. To quote:

“These are individuals who don’t – and perhaps can’t – belong to the Hectoring Class, but feel that it is their duty to join the chorus out of a genuine sense of civic duty. Their sentiment is laudable, but their dismissal of the adverse effects of policy on many Canadians become bothersome for many. The objections from the latter are met with more hectoring, which only serves to accentuate and deepen the divide.”

I had written the above primarily with ordinary Canadians in mind, and therefore it causes all the more dismay that people who should know better, especially those in the media, not only display such behavior but also keep displaying it with zero regard to how the world around them has changed. What I mean by that is that with close to 90% of Canadians already having taken the two shots, we have to move on from pushing everyone – every last reluctant Canadian – to get vaccinated against Covid and start thinking about how we are going to manage our affairs moving forward. Needless to say, that has to be without visiting any ‘impositions’ – minor or otherwise – on those who chose not to get vaccinated against Covid.