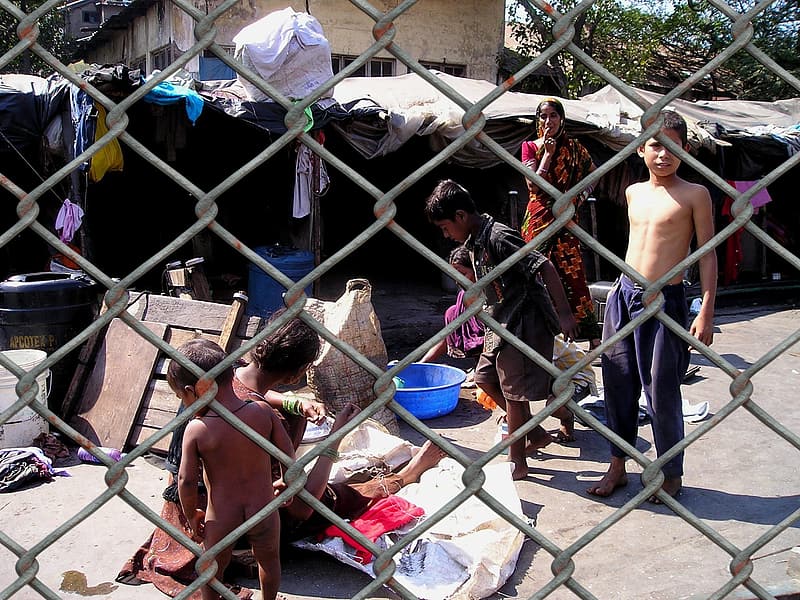 A common perception of Indian society is that it is divided by castes. This perception is both slightly inaccurate and anachronistic. Firstly, the idea of caste (defined as the traditional occupation of people in old times) is, for the most part, a feature of the Hindu section of Indian society. While divisions based on traditional occupations do manifest in the other religions that are practiced in the country, they are less rigidly defined, and thus allow for a degree of mobility between the categories.

After independence in 1947, the Constitution of India provided special dispensations for people belonging to historically disadvantaged groups. For this purpose, the Constitution included schedules where these groups were listed. As a result, they are officially known as ‘Scheduled Castes’ and ‘Scheduled Tribes’. Collectively, they are known by the acronym SC/ST. However, in common parlance, the term ‘backward classes’ was used, and its acronym ‘BC’ soon became a pejorative.

These special dispensations consisted of measures that the Americans know as ‘Affirmative Action’, viz., priority in admissions to post-secondary education and hiring for public service. The measures were initially for a period of 20 years, with a provision to extend these for further periods of ten years each. They remain in effect till date, and the categories of people covered by them have grown.

By the time I was old enough to understand these things, many people from the SC/ST groups had advanced significantly enough in their personal and professional lives to be at par with the ‘upper caste’ people; however, their children were still eligible for preferential treatment. At the same time, many in the ‘upper castes’ had lost ground – sometimes owing to their own actions or performance – and were materially disadvantaged compared to the successful people among the ‘backward classes’. This has been a cause of constant resentment, and of periodic eruptions of agitation over the last half century.

The present reality in India is that economic status is one major determinant of class, whereas caste is increasingly less so. I must emphasize here that the Indian society is vastly complex, and the on-ground reality differs substantially depending on factors such as region etc. Nonetheless, the previous observation serves as a valid, if limited, presentation of it.

The sum total of the experience of the past seven decades is that changing circumstances have restructured the social construct of classes. Some of the changes were organic, some were a result of societal change, while some others were brought about by government policy. I believe this history provides a relevant lesson to us in Canada in the year 2020.

In a Twitter discussion recently about the consequences of Covid-19, someone used an interesting term: ‘the laptop class’. I call it interesting because it encapsulates the restructuring of Canadian society that is currently under way – or perhaps has largely occurred already. I thought that it would be beneficial for my own understanding to explore the idea in some detail.

From personal experience and by talking to people, it is clear to me that the spending patterns among a large section of the Canadian society have undergone a material change. We are spending far less on things like petrol and leisure activities. At the same time, for many Canadians, earnings have collapsed, and they are allocating the (relatively) meager amount of government assistance frugally so as to keep afloat. On the other hand, a small segment of society has seen an increase in their already handsome earnings, such as politicians giving raises to themselves, and large corporations that have increased the prices of their merchandise.

However, the restructuring of social classes that is under way is not just of economic nature. The definition of class in society has a heavy weightage of power vis-à-vis other classes. This weightage has also changed materially – and not necessarily for the better – as a result of the Covid-related restrictions. Here is my view of the new class-structure of Canadian society:

“… class division is centered on eligibility for exemption from the requirements of policy. The degree to which one is eligible for such exemption depends on, and is in direct proportion to, one’s proximity to the nucleus of political power.”

Naturally, politicians, especially those in power, automatically belong to this group. Although many instances of politicians violating the very restrictions that they have imposed on others have come to light, they continue to admonish the society at large about similar violations by ordinary citizens. This is because (quoting from the same article):

“Their non-compliance with their own policy is usually explained away as being fundamentally necessary to the achievement of the policy’s objectives”.

By conferring on themselves additional powers that would normally be unthinkable in a democracy, this class has strengthened its already formidable advantage.

People in the Nattering Class feel emboldened by government-introduced measures that encourage citizens to report others to the authorities for any violations. I have covered this in detail in an earlier article, Spies Like Us. What I would like to add here is that such actions give the Nattering Class an illusion that they belong to the Hectoring Class, with all the attendant privileges and power. This creates avoidable friction in society.

Borrowing the central idea from Malcolm Gladwell’s book The Outliers, it is also clear that the children of people in this class gain an even greater head-start compared to other Canadians’ children, as the parents would be able to provide for them even better than was the case previously. In a nutshell, families in the Laptop Class gain a generational advantage over others.

But there is an important caveat here. Some time ago, another person remarked on Twitter that ‘today’s work-from-home Canadian later morphs into an employee in a foreign country’ (he used slightly less charitable terms). There is the potential risk that the work done by ‘WFH’ Canadians may get offshored – at least to the degree feasible. So, while the Covid crisis has brought home the realization that we need to re-shore important parts of our manufacturing, thus moving jobs back to Canada, it may also end up moving some other jobs out of Canada. In that case, this advantage of the Laptop Class may be fleeting.

Our dependence on the Hands-On Class has been revealed in stark relief. Regardless of how ‘humble’ the occupation is, its value is acknowledged to a greater degree now. Less noticed is the fact that these occupations are immune to such shutdowns. This combination may very well influence the career choices of Canadian youth in the coming days.

Many other Canadians have suffered – or will suffer – life-altering impact of delayed or denied medical treatment. Sadly, this includes many children; as recently reported,  two-thirds of children who were on wait-list for important surgery at Toronto’s Sick Kids Hospital have missed the ‘surgery window’ due to the restrictions imposed to tackle Covid-19. The situation at other hospitals across Canada is broadly similar to this. These children will live with the ill-effects of this for all their lives. As everyone likes to say, children are our future. Eroded physical health among so many children bodes ill for our future prosperity. Crucially for the individuals, their poor health status would limit their chances of advancement in life. I fear that many of them could fall in the ‘underclass’ category as they attain adulthood.

The situation with Covid is still evolving – mostly in a negative manner – so it is possible that my categorization above may require a revision at some point. However, for the time being, I am fairly convinced that this list fairly describes the structure of the Canadian society of the future.