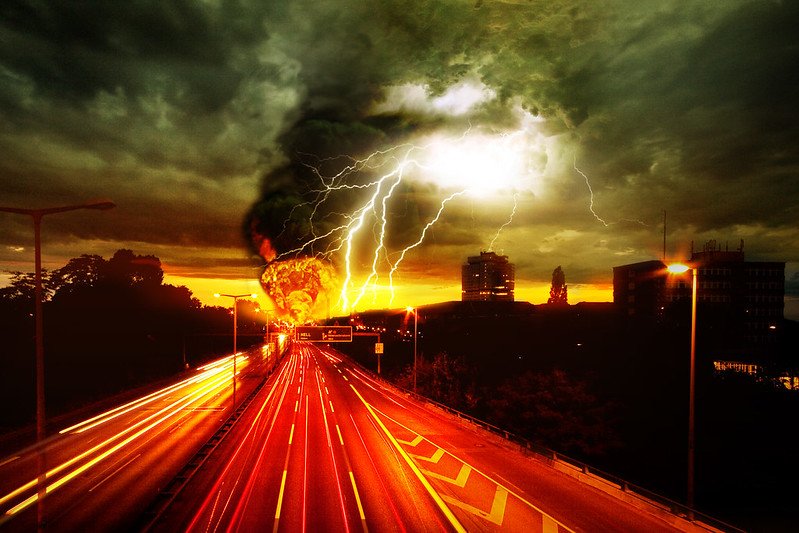 Defacing monuments and toppling statues of historical figures, unaccompanied by any meaningful steps to alleviate the suffering that inspires those acts, achieves nothing – and merely exacerbates and prolongs the misery of victims.

The vandalization and toppling of the statue of Egerton Ryerson on June 6th reminded me of a topic that I had been meaning to write about over the past year or so. Over this period, we have seen numerous monuments and statues of historical figures being defaced and/or toppled. I have touched upon some aspects of this topic in several articles. For example, in ‘Canada’s Neo-Clergy’, I wrote that ‘the ideology… supersede(s) official authority’, and in ‘Shared Weaknesses’, I posited that ‘erasing history is considered sufficient atonement for historical wrongs – no further action is deemed necessary’.

As the toppled statues pile up, it may well be that just like the character of Humpty Dumpty of the nursery rhyme, it would be impossible to put them back together again, so the development may be irreversible. But it behooves us to examine these acts of vandalism and destruction in a historical light and form a tentative view of what these acts are likely to engender. This inquiry is also apt given the fact that the grievances that lead to the removal of the monuments and statues originate from historical acts of others who were equally convinced about the morality of their actions.

Before we begin that inquiry, however, it is necessary to get the pertinent facts in the front-and-center. This is especially desirable because most media outlets –whether by choice or otherwise – keep repeating the same words and phrases without further elucidation, so the opportunity to actually add to the information is lost. This is especially relevant, given that a large and increasing proportion of the Canadian population consists of newcomers who may not know the relevant historical details attached to any issue.

Along these lines, the first phrase that I wanted to check out was that Egerton Ryerson was the ‘architect of the Residential School system’. This was because every media outlet where I read about him repeated this phrase without going into any details of why and how he had earned this characterization, nor did they mention any other activities that he may have been involved in. The latter part stood out to me; as I wrote in my article ‘Canada’s Neo-Clergy’:

“The only response… must be censure and retribution, often regardless of these people’s productive / beneficial actions for society elsewhere”.

The Wikipedia entry on Ryerson gives information on his contributions to the development of the education systems in Canada. These are so numerous that a proper listing here would make this article unduly long; suffice to say that the education system that we have in Canada today owes much to the actions, advocacy and accomplishments of Egerton Ryerson. In that sense, he was an architect. His record, however, is not without its warts – he was against educating girls and women, as he believed that their duty was to be wives and mothers. On this, and on the matter of what the ‘Indians’ should be schooled in, his views were a product of his times, notwithstanding his farsightedness elsewhere. My conclusion from this collection of facts is that even clairvoyants have their limits – and sometimes, these limits lead them (or others following them) down a path that could prove to be destructive to others. The only way that we can hope to prevent or minimize these destructive effects is by allowing dissenting views in the discussions / decisions, instead of deferring to the ‘authority’ of one person or a small group of people.

This last point brings us to the people who implemented the ideas of Ryerson on the matter of Residential Schools.

Taking the analogy that is implicit in the term ‘architect’ further, we can say that there were people who served as civil engineers, excavators, brick layers, carpenters and roofing specialists in the creation of the edifice of the Residential School system that existed for well over a century. At its height, it had some 80 schools running. Barring a handful, though, their names are hardly known, nor do most have monuments and statues erected in their memory, thus rendering it impossible to deface or remove them. My position is that each of them is equally responsible for the injustices that were committed while they were in a position to know about them. Channeling emotions in the direction of the handful who still happened to be around in our time, in the form of monuments / statues lets hordes of other people off the hook.

The above is if we accept the term ‘architect’ as apt. But was it?

ORIGINS OF AN IDEA

As this article on the history of Residential Schools shows, the idea wasn’t new; such schools had existed since the mid- 1600’s, primarily in Eastern Canada and run by the church independently of the government. In the early 1830’s (i.e. before Confederation) the Anglican Church established one such school in Brantford, ON.

Egerton Ryerson produced his report in 1847, after the Department of Indian Affairs of the Province of Canada sought his expert advice. The federal Residential School system began around 1883, by which time Ryerson had died, and the new country of Canada had been Confederated.

So this is the sequence as I see it: (1) a model had existed already for close to 200 years before (2) Ryerson detailed its form in a report (possibly adding / modifying elements of the model), and (3) his report sat in a government office for over 35 years before being implemented.

Here it is worth pondering whether the mavens in government (politicians and bureaucrats alike) who decided that it was desirable to dust off Ryerson’s report and proceed to implement it bear any of the responsibility for the injustices that occurred because of the belated implementation of that report. Specifically, did anyone think that it might be worth the while to revisit its contents? In light of this, the obsession with a handful of personalities from that era appears, from my newcomer’s point of view, to be bizarre.

Equally bizarre – if not more so – is the complete absence of criticism about the later attempts to foist government’s designs on the First Nations. As Kelly McParland detailed in his article in the National Post, the ‘White Paper’ that was produced in 1969 by the government of Pierre Trudeau also had the objective of eradicating the ‘Indian’ identity. His Minister of Indian Affairs and Northern Development, Jean Chretien, went on to become Prime Minister of Canada himself. Neither has been the subject of any criticism – let alone mob fury – on their treatment of First Nations. Here, it is pertinent to note that the White Paper proposed the abrogation of the treaties between the Crown and First Nations. This alone should suffice to cause intense reaction from today’s ‘progressives’.

During my childhood, one Gujarati phrase that was frequently used was ‘The earth is round’. This was meant to convey that when a journey in one direction (whether real of metaphorical) was sufficiently long, one was bound to end up in the spot where the journey started. This has been the case with many human endeavors, including in Canada. It was therefore, natural that we would witness the same objectives behind the recurring attempts to ‘improve the lot’ of First Nations. As Tristin Hopper pointed out in an a recent article in the National Post,

“One of the most haunting aspects of the Canadian Indian Residential School system was that one of Canada’s worst historical crimes was managed and defended by people who fervently believed that they were doing the right thing for “the Indian”.”

I think what causes this hubris is that at every stage in human civilization, many people tend to believe that they represent the end of evolution. So, while they are quick to judge their forebears harshly, they don’t pause to consider that their ideas and plans could even remotely be defective. This was as true of the colonizers who considered it their divine mission to ‘civilize the savages’ as it is of those who launch crusades to ‘right historical wrongs’ committed by those colonizers. It is possible, at least in theory, that the agitators who are defacing monuments and toppling statues now will, in the future, be judged as harshly as they are judging our cultural ancestors. Over centuries, the cumulative impact of their ‘good intentions’ only amounts to paving a road to hell.