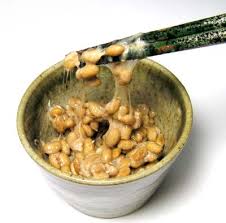 The early days of the World Wide Web were wildly funny. Everyone was in uncharted waters, and all sorts of wacky ideas were being given a try. For example, there was a website (I forget the exact URL) that touted itself as ‘Entertainment for the easily amused’. It consisted of only one webpage, which was completely blank (as in white) with one grey button in the bottom right hand corner. Webpage buttons came only in grey color at the time. On the button, it said, in black letters: ‘Click Me’. When the user took the cursor on the button, it jumped to a different spot on the screen. Apparently, there was a random function in the code, so there was no telling where the button would be next. No matter how hard one tried, it was impossible for anyone to manage to click that button. For anyone who was easily amused, this was entertainment of the highest order.

I was living the UAE at the time, where the sole internet service provider, Etisalat, was a state-owned entity. It had a powerful proxy server (and quite probably still does) through which all internet traffic had to go through. As a result, the more nefarious areas of the inter-tubes were off-limits, but an enterprising web-surfer (which was a newly coined term) could still discover exciting things. And that is how I ended up on a website that purported to list some of the more illogical laws that existed in the USA at the time (and likely still do). For example, in the town of Marion, OH, it was illegal to walk backwards while eating a donut, according to this website. It also helpfully informed that in Memphis, TN, a woman could drive a car only if a man walked ahead of it waving a red flag. (How this law escaped the attention of feminists and assorted SJW’s is a mystery). And finally, in the city of Las Vegas, it was technically illegal for anyone to drive a car. It would seem that the law was made when there were very few cars, and it was feared that their noise would scare the horses. When cars became the default choice for transportation, nobody thought to repeal that law. One can safely assume that this is a common theme for the other examples as well, and therefore can be generalized: Laws are made to deal with emergent situations, but are forgotten when they are no longer needed or desired.

That last point is not a revelation by any means. All societies have obsolete / outdated laws that are still, in theory, on the books. They are never enforced because nobody even remembers their existence. However, as the saying in my mother tongue (Gujarati) goes, the wrongdoer has an extra pair of eyes. And when that extra pair of eyes belongs to someone in a position of authority, the situation becomes slightly problematic for the ordinary people. This discussion, therefore, becomes relevant in light of the flurry of legislative activity these days, granting extraordinary powers to the executive branch of our governments at all the three levels. Covid-19 presents a grave threat to our public health, and our collective response to it poses a grave threat to our economy. Surrounded on both the sides by these threats as we are, it is possible to lose sight of the other threat – that of governmental overreach – that we will likely be confronted with at some point.

After our desperate measures have helped us overcome desperate times, we are left with the consequences of those measures. We characterize them as ‘desperate’ for a reason – under normal circumstances their anticipated negative fall-out would deter us from employing those measures. Desperate times, however, compel us to opt for these suboptimal choices for short term ends. In due course, we have to deal with the aftermath of our ‘solutions’.

The official responses to Covid-19 from various governments in Canada have a worrisome component in common: extraordinary powers, often without much debate and also without the benefit of oversight, being unilaterally enacted by the governments themselves. The fundamental tenets of a participatory democracy are done away with, and people’s rights are being compromised. At one level, it is possible to see the need for governments to have and exercise these powers in view of the extreme circumstances and the severity of the challenge. On the other hand, it is possible to see these powers diminishing Canadian democracy if they are not properly exercised. As the truism says, power corrupts, and absolute power corrupts absolutely.

There is an argument being made, in favor of the governments giving these powers to themselves, that egregious abuse of governmental power is not possible in Canada. This argument ignores the fact that Canadians – including Canadian politicians and bureaucrats – are mere humans. As such they are prone to the same human failings as anybody else. Secondly, the argument also ignores recent Canadian history. It was barely a decade ago that we saw a gross abuse of power when the G20 summit was held in Toronto in 2010. The then-government of Premier Dalton McGuinty passed a law in secret enhancing the powers of the police. The ombudsman Andre Morin reported later that hundreds, perhaps thousands of people had been detained without cause. Premier McGuinty later waved these ugly facts away as the result of well-intentioned but ‘hasty action’ in passing the law, and declined to offer an apology. He also shifted the responsibility for holding a public inquiry into the matter to the then-Prime Minister Stephen Harper, claiming that it was ‘his G20’. (See Notes 1 & 2). Most crucially, he was allowed to get away with such an egregious abuse of legislative power. This was despite the Ombudsman calling it ‘the most massive compromise of civil liberties in Canadian history’ (See note 3).

This secret law was in the form of Ontario Regulation 233/10 (see Note 4 for link to the official text) under the Public Works Protection Act, which dates back to 1939 and had been passed to protect courthouses and other public buildings in the wake of Canada declaring war on Germany. More than seven decades later, it would be misused to use excessive police force against Canadians. Following the controversy, the PWPA of 1939 was repealed on June 24, 2015 (See note 5) – but not before this leftover piece of legislation was reheated and misused for purposes that didn’t have anything remotely to do with the original legislative intent, viz., of protecting key Canadian public property from harm at a time of war. There are two key takeaways from this sorry chapter of recent Canadian history:

1. This abuse of governmental power happened in modern-day Canada. If it could happen in 2010, it could very well happen in the future, and
2. Those responsible for the abuse went scot-free. So much for Canada being a society based on the rule of law; when that very same rule of law was violated so as to strike at the very foundations of our democracy, we collectively failed to redress that wrong.

It takes an alert citizenry to keep its government in check. Will we rise to the occasion this time around?