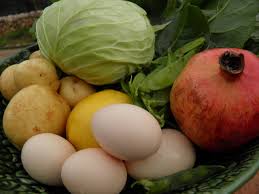 The severe curtailment of economic activities in response to the Covid-19 crisis has brought renewed realization of the crucial importance of some basic facts. Many of these activities form the backbone of the society, whether we think of as them as mundane or not in normal times. They encompass a wide range, from health care to hair cutting and many things in between. Hopefully, this reminder will help us henceforth to view all of them with the respect that they deserve.

In this piece, I take a look at the activities that ensure regular food supplies. This is in no way to suggest that I consider the other activities to be less important in any manner.

Back in the mid 1970’s, a very different kind of restaurant opened not very far from my town. Until then, restaurants had fallen in two categories in my region of India – traditional eateries that served everyday food, and those that tried to be as upscale as their budget and clientele could afford. The former category catered to those who were compelled, by either circumstance or their schedule for the day, to have their meal away from home. The latter was, of course, for recreational purposes, so the fancier ones in that category even had air conditioning – a luxury in those days. The dishes on offer there were of the kind normally reserved for ceremonies.

Now this new restaurant opened up a third category which, in today’s parlance, would be called ‘traditional chic’. It was out in the open, the seating was on the type of cots known as ‘charpoy’, and the food was of the rustic, earthy variety. The live entertainment on offer was traditional, such as folk music and dance. The kitchen was an outdoors affair as well; food was cooked in front of the patrons. Butter was also churned in the same way. One curious part of the whole thing was that it was started and owned by a famous architect. Very soon, a tale began to circulate as to its origins.

As the story went, the architect was once travelling on the highway with his friend. Their car broke down at some point along the route, and while they were trying to fix it, the friend’s young daughter got hungry. She was about four or five years old. There was a farm nearby, so someone from the architect’s party went over to ask the farmer if he could provide some milk for the child. The farmer agreed, and graciously declined an offer of money. He milked his buffalo and offered the fresh milk to the girl. To everyone’s surprise, she refused to drink it. She claimed that they were trying to fool her into believing that the liquid she was being offered was milk; she was old enough to know that milk came in bottles, not from some animal’s body.

The architect had an epiphany upon hearing this: Urban life had made many people so detached from some basic facts that they had no idea how certain things became available. For him, this wasn’t about the girl’s young age. In another social setting, a child of her age would know where milk came from. Back then, in the cities milk was home-delivered in glass bottles with a cap made from aluminum foil. The entire process that preceded the bottle’s appearing at the doorstep was hidden from view. The architect figured that the list of items could be extended beyond milk to include other products. There was a huge information gap between the origin of food and other products, and their destination. Until recently, that hadn’t been the case – people had lived close enough to their sources of food to be familiar with the process by which it became available to them. The architect saw a business opportunity in offering people a chance to inhabit, for a short while, the world that they had lost.

At around the same time as the opening of this restaurant. I became old enough to be entrusted with grocery shopping for my family. Given the economic conditions in India at the time, availability of many items was uncertain many a times, including basic necessities such as cooking oil and kerosene. I remember that every time I visited the market for buying any item, the first words from my mother upon my return used to be ‘Did you get it?’ (Actually, it was only one word in my language, which can also be translated as ‘Was it available?’)

Fast forward to Canada some three decades later, and the shopping experience couldn’t have been more different. Entering any food store in Brampton ON, one could see enough food to last a third world village for a week, or maybe even longer. Because of the heavy influx of new Canadians in the city, it was quite common to see many young families in stores. Normally, one would expect young children to be left in someone’s care while the parent(s) did the shopping. However, for newly arrived people, there was often no option but to have their children tag along. I often wondered what kind of effect the sight of all the food on display was having on these young minds. Even without being a child psychologist, one can safely say that the very idea of food scarcity would be alien to many of the children who grew up seeing so much food being available at all times. This observation can be extended to many of the people who grew up here in Canada and never encountered a situation where things were scarce. This realization added one more component to my understanding of the disconnect that can take place in people’s ideas about the availability of not just food but many other necessities as well: In addition to not knowing how things become available, we are also often at the risk of losing sight of the intrinsically precarious nature of their supply. We take it for granted that everything that we may need or want will be available to us on demand.

As part of my accounting studies, I was a member of teams that audited the financial records of various types of entities. At one point, we were auditing a business association that ran the wholesale market for vegetables and fruits in the city of Ahmedabad. The wholesalers had pooled funds to build a central facility where produce from all over the region was trucked in. The facility was fairly basic, with few amenities. In tropical summers, a building lacking air conditioning quickly feels like an inferno as the day progresses. Apart from the hardship to humans, this also poses a problem in terms of the effect on the fresh produce – it ages at a ferocious speed and begins to decompose in short order. Storage was of course out of the question; all produce had to be sold or otherwise disposed off before the day was over. Despite this, the stench of rotting organic matter was pervasive in the facility. The limitation of storage also meant that there was a geographical limit to the reach of the wholesale market – there were enough vegetables and fruits coming in already from the immediately surrounding region, and any additional produce from areas located beyond a certain distance would exceed the daily handling ability of the market, and therefore could not be marketed there.

Given this experience, I marvel at the way the supply chain is structured in North America. We have produce trucked across thousands of kilometers, usually in temperature-controlled trucks. As well, there is air conditioning at all points of storage. Despite this, there is a tight limit on the transit time of the produce from the origin to the destination. Transporters must function within this limit.

Two aspects of this structure stand out:
1. It is built on a foundation of high energy usage, and this energy must be steadily and predictably available at all points of use, and
2. Its highly geared nature is responsible for a lot of economic and employment opportunities, which would otherwise not exist. At the consumer’s end, these opportunities translate into enhanced availability of produce, in terms of quantity as well as variety.

The wholesale market in Ahmedabad did not have the benefit of economies of scale that we enjoy here via the above structure. At the same time, lack of proper storage facility in Ahmedabad resulted in avoidable waste. As a result, prices there were higher than they could have been. This is the third component of product availability in Canada: our high energy usage enhances our quality of life while also boosting the economy. Reduced availability of energy limits the shelf life of produce, and thus its geographical reach as well. Perishables cannot be transported over long distances sans access to energy, and therefore output is limited to supplying local demand. This, in turn, reduces the opportunities for business and employment. The knock-on effect of this is that people have less money to spend, including on produce.

A Fistful Of Dollars

The preceding point brings us to the important question of how money and prosperity are generated. I should point out here that by ‘money’, I don’t mean the supply of currency. Rather, I mean it in the sense of income, or flow of currency from one hand to another. In my view, these are the main sources of money:
a. Gainful employment,
b. Innovation,
c. Discovery of resources, and
d. Disposal of assets.
Money, as the fourth component of the chain, becomes part of the product availability paradigm from the consumer’s side. Production, transportation and retailing all depend on the consumers’ ability to purchase the produce. In other words, gainful employment completes the cycle of food availability.

As we realize, afresh, how tenuous our food supply chain is at every step, we should be taking steps to ensure that it gets back to normal at the earliest. The plans that our government has come up with to provide financial assistance to those in need, while welcome at this point, have a limited window of time where they will (more or less adequately) substitute the regular economy. Furthermore, the burden of massive government borrowing for the plans has to be taken into account as well; the longer the economy remains under a shutdown, the more difficult this burden will be to carry.

The productive capacity of our farmers and other producers is at risk. The same applies to the logistics and retailing components of the chain. And finally, unless those who have been rendered unemployed as a result of the economic shutdown become gainfully employed once again, the resulting demand destruction will make a reboot of the economy extremely difficult. The situation facing us represents a test of the administrative acumen of those holding political power.