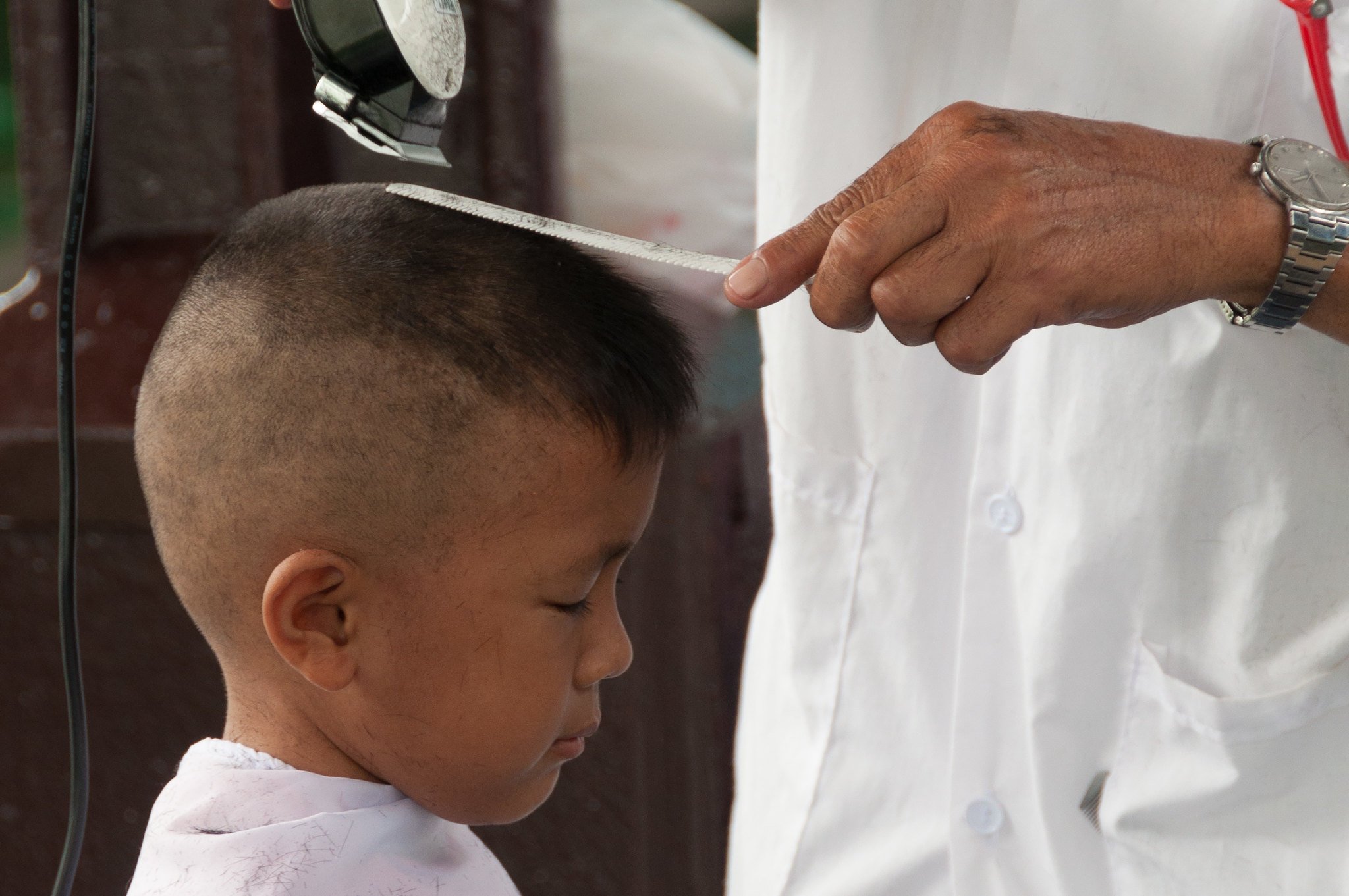 (Image Credit: Mark Fischer at flickr.com; the image is at this link. Used without modification under Creative Commons Licence)

Predicting a mid-term election based on a change in the Prime Minister’s physical appearance reveals Canada’s immaturity as a democracy. The much sadder part is that sometimes such predictions come true.

ADVICE FROM AN ADVERSARY

Back in the heyday of Facebook, I used to participate extensively in the debates on Canadian current issues on the FB pages of major newspapers of Canada. The National Post was my most frequent hangout. Having just started taking interest in Canadian politics, I learned a lot from those discussions. Over time, I formed relationships – both friendly and antagonistic – with many participants. One of these people once made a remark that has stuck with me, especially because we were usually on the opposite sides of any argument (but our interactions were unfailingly civil, leading to greater dialogue):

About a year ago, Prime Minister Trudeau caused ripples by appearing, all of a sudden, with a clean-shaven look. His physical appearance had been the topic of discussion for a while. In the initial stage of the Covid lockdown that seemed to stretch on forever, he was addressing the media from what senior journalist and National Post columnist Rex Murphy jokingly called ‘the Tent of Commons’. As the weeks and months passed, his face appeared a bit swollen. I came across people on social media speculating that this was due to ‘doing cocaine’. Being unlettered in this specific area of life, I had no way of knowing if this was true. Later, when he skipped over to a warm destination for a vacation, unofficial photos emerged showing him in a stubble. The speculators reiterated that this was a sign of cocaine use (or abuse, if you prefer). By the time he returned to Canada, he was sporting a full beard and a moustache.

Then, with no prior indication, he was once again clean shaven. This time it wasn’t just the speculators who commented publicly on his appearance; almost instantly, I saw tweets from several prominent journalists in the mainstream media reaching the conclusion that this meant we were going to have a mid-term election. I thought the idea was laughable, and said so publicly. My thinking was that with the support of the NDP and the Bloc, the Liberal Party had an effective majority in the federal parliament, and given the disruption caused by Covid, there was an additional reason why PM Trudeau would not want to force an election on Canadians. I also opined, perhaps prematurely and therefore unwisely, that making a prediction like this on such flimsy ‘evidence’ was an indication of the low calibre of journalism in our country.

But lo and behold, their prediction came true. Prime Minister Trudeau called a snap mid-term election. For me, this was a major lesson in Canadian politics. However, this wasn’t the first time that my analysis of a major issue had been proved wrong because I had ignored the ‘flimsy’ part of the situation.

In early 2003, there was much speculation about whether the US would invade Iraq. The debate was mainly centered around the argument as to whether Iraq had Weapons of Mass Destruction (WMD). A team from the UN was in Iraq to find out. Media in the US and other western countries was in a churn, with new claims of WMD being made one after the other. In the meantime, statements from the UN team appeared to indicate that there weren’t any WMD in Iraq. I was living in the UAE at the time, and there were anguished opinion pieces in the local press at to what a war might do to oil prices. Contrary to what many may want to believe, the opinion of oil industry experts in the Middle East was that too high a price of oil was detrimental to the finances of the oil-producing countries, as it would crash demand.

I used to discuss this regularly with my colleagues. One day, I detailed all the factors that pointed to the inadvisability of a US invasion of Iraq. A younger colleague named Jacob countered me with just one sentence: “Mr. Darshan, Bush has decided to whack Iraq. All the other factors are irrelevant.” One week later, the US launched its ‘Shock and Awe’ operation, and the invasion of Iraq was under way.

When I was living in Kenya, it was, for all intents and purposes, a dictatorship. There was only one political party (under a paradoxical rubric called ‘Single Party Democracy’, invented by the President of Ghana, Kwame Nkrumah). There had been only one TV channel as well, owned and operated by the government, called Kenya Broadcasting Corporation (KBC). Just before I landed in Kenya, another privately owned TV channel had started up, called Kenya Television Network (KTN). Word on the street was that the owner had the backing of the US government, and hence the Kenyan government had no option but to allow it to operate.

Nonetheless, on both the TV channels, every newscast featured the President, Daniel arap Moi, presiding over this function or meeting that foreign dignitary, giving this speech or visiting that rural school. Then, all of a sudden, that stopped. After several days of the President’s non-appearance on either of the TV channels, a rumor started that he had died. This sent two separate waves of emotion in the capital city of Nairobi (and elsewhere). Those who benefited from the status quo felt dread as to what might follow – given that this was Africa, a military coup could never be ruled out. On the other side, there was jubilation that the dictator may have died. I heard that in the Nairobi area of Eastleigh, where the population was mostly of the Somali ethnic community, many a bottle of Scotch whiskey was opened, their contents consumed before midnight.

Then, suddenly the President reappeared; the evening newscast showed him addressing a group of people. He must have known about the rumor, because as he was shown addressing a small gathering of ordinary citizens (who were likely selected and screened for loyalty to The Leader), he asked, “Must I appear on TV every day to prove that I am alive?”

Coming to the July 2022 Canada, there are things happening that set inquiring minds thinking as to where they might lead us politically. Specifically, are we looking at the possibility of another mid-term election, less than one year after the last one? Given my earlier experiences, I am less inclined to dismiss the tea leaves so readily this time around. On one hand, there was the announcement of $53 million in federal funding for ‘affordable housing’ in the electorally key area of Peel Region (comprising Brampton, Mississauga and Caledon), which, as this report in the Toronto Star points out, is not new funding but rather reannouncement of an earlier funding announcement from last year. On the other hand, Prime Minister Trudeau is busy hopping back & forth the width of the country, meeting with people who we assume are ‘ordinary Canadians’ (although doubts have been expressed, sometimes credibly, that the attendees at his events were selected and/or partisan supporters). As the article by Tristin Hopper in the National Post asked succinctly, “Why is Trudeau appearing in random places for no apparent reason?”

It is tempting to say that PM Trudeau’s new look was as suddenly revealed to us the earlier instances, but the reality is that as an individual, he is under no obligation to telegraph the change in advance. But this suddenness of the development provides fertile ground for our commentariat as well as regular citizens to jump on to it and try to divine what that means for the country. I see many people mocking him by comparing him to the look of the actor Jim Carrey in the movie Dumb & Dumber (it was also the topic for a segment of a prime time talk show on a prominent radio station in Toronto a few days ago). I see other people defending the PM against this mockery.

But whether we mock him, defend him or say that this shouldn’t be a topic of discussion, we keep the individual who happens to be the PM at the centre of our political consciousness. The prediction of another mid-term election isn’t based on analysis of issues leading to that conclusion, nor is it based on analysis of the news that take us to the conclusion, but rather on the change in the physical appearance of the Prime Minister. As my Facebook friend said years ago, ‘mediocre people discuss personalities’. But it is arguably worse in this case, because we aren’t just discussing a personality; we are going beyond that by attaching political significance to a haircut. And here we come up against the fundamental reality of existence: Resources are finite and have alternative uses. Our time and media space (including the personal media space for every individual on social media) are resources. The more we devote these resources to that haircut, the less remains available to discuss things that actually matter.

Does Prime Minister Trudeau’s new haircut mean that an election is in the offing? A lot of people have said that is a strong possibility. My answer is, ‘Maybe, maybe not’. The crucial difference here is that until last year, my answer would have been ‘Definitely not. Are you crazy? LOL’. The realization that when it comes to Canadian politics, the most frivolous of factors may sometimes be the most influential ones in forming my opinions is a major disappointment in my life. I had expected Canada to be better. Much and vastly better.