The Realm of Ridiculousness 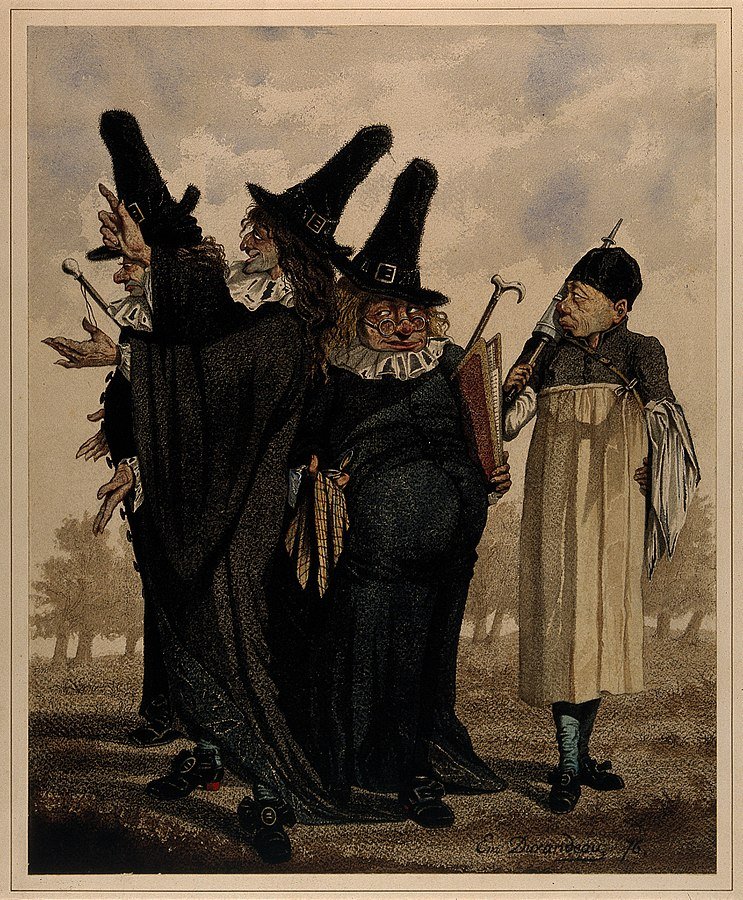 (Image Credit: ‘Three Ridiculous Physicians’ from Wellcome Images via Wikimedia Commons, the image is at this link. Used without modification under Creative Commons Licence)

Medical Assistance in Dying (MAiD) is available to new immigrants from the moment they land in Canada, & to Work Permit holders as well as to the PEOPLE WHOSE APPLICATION FOR TEMPORARY RESIDENCE PERMIT HAS BEEN REFUSED.

One of my favourite movie lines is from ‘2001: A Space Odyssey’. It was uttered by HAL, a computer so advanced that it was treated as a member of the crew. One day in their space journey to Jupiter (in the book, their destination is Saturn), the two human crew members were celebrating the birthday of one of them, when HAL interjected, “Sorry to disrupt the festivities, but we have a problem.”

Halloween marks the beginning of the festival season, and this year, Diwali happened just a few days before Halloween. As we prepare to wind down the year 2021 and start gearing up for the joyous season (even more joyous this year in comparison to the two preceding years, seeing as the assorted restrictions on account of Covid are no longer around to hamper our efforts), I have found myself fixated on the issue of Medical Assistance in Dying (MAiD). I consider it an imperative priority to bring my thoughts on this issue to my readers before they (my thoughts, that is) are overtaken by any other concerns.

In a recent conversation on Twitter, I remarked that ‘Every time I dig into an issue, I find a mess. What is even more disturbing is that I see no one even trying to fix the mess’. I believe that popular pressure is the only antidote to governmental apathy (which is pretty much a feature in any government). So, as I bring my fourth article to you on MAiD, I do so with the same apology that HAL offered to its fellow-crew members, in the hope that you will put the needed pressure on your MP about MAiD.

STARING AT THE SCREEN

I was in fact in the process of writing another, very different article on MAiD (which will be the 5th one in this series, after this one) when I suddenly thought to check for the factors determining eligibility for MAiD. Back in December last year, I had searched the OECD website for data on Canada’s healthcare system, and the result was so astonishing that I simply sat there staring at the screen for at least 5 full minutes. That search helped me to write my first article in a series about the state of the Canadian healthcare system – ‘Canada’s Healthcare Crisis’. Now, when I searched for the eligibility criteria for MAiD, that experience was repeated – the search result left me staring at it for a number of minutes. If you wish to check it out, here is the link – but considering that the webpage may get amended or modified later, I am also including a screenshot of the relevant part of that page as it exists today:

The highlighted portion of the text above is where my astonishment came from: “or during the applicable minimum period of residence or waiting period for eligibility (for admission into the provincial healthcare plan). When I immigrated to Canada some 19 years ago, that waiting period was 90 days; for any medical / healthcare need during this period, the new immigrant had to pay out of their own pocket. However, for the present discussion, that distinction is irrelevant – whether the new immigrant is admitted into the provincial healthcare plan or not, their eligibility for accessing MAiD remains unchanged.

Of course, it is possible to argue (convincingly, perhaps) that anyone having a ‘grievous and irremediable medical condition’ is unlikely to want to immigrate (anywhere), and also unlikely to be granted an immigrant visa. But my point here is that there is nothing within the legal framework that would prevent such a thing from happening. To that extent, it is a weak system. As is (sadly) the case all too often, any counterargument comes from the vantage point of ‘rights’.

Upon discovering the above, I couldn’t contain myself, so I tweeted out the discovery. One person replied to this to the effect that immigrants should have the same ‘healthcare choices’ as the other Canadians. The question as to whether MAiD is a ‘healthcare choice’ is a contentious one, but if we leave that dispute aside for the moment, the argument of ‘equality’ does warrant exploration.

The fact is that in terms of not having access to the publicly funded healthcare system via inclusion in the provincial health plan for an initial period, we do have a disparity as regards the ‘healthcare choices’ available to new immigrants versus other Canadians. Beyond that, until they become citizens of Canada, immigrants cannot vote even though they may be working and paying taxes. The reason why we don’t scream ‘Disparity!!’ at this is because this arrangement is part of the contract between the immigrant on one hand and Canada on the other. Strictly speaking, what happens is ‘Taxation without representation’ (if I am allowed to import an American idea in a discussion on a Canadian issue) – but it was part of the agreement going in, so I don’t think anyone can raise a tenable objection to it.

In a similar vein, it is possible to explicitly restrict access to MAiD to newly arrived Canadians by framing our policy suitably. But as I pointed out in my article ‘… And Euthanasia For All’, the policy on MAiD is being pushed ahead without the benefit of a societal process; only pre-selected few individuals are getting to pitch in. We can call this a Politburo of sorts – with all the dangers that attach to Central Planning. Because we did not have this debate in the bazaar of ideas, there is a glaring and ridiculous gap between two major policies of the federal government.

The stated rationale for our immigration policy is that it is needed to fill the labour shortages in Canada (once again, I am side-stepping the controversy as to whether this rationale is valid or not). If we accept that rationale, it simply makes no sense to keep MAiD accessible to people who are arriving in Canada purportedly to fill the labour shortages – but it gets trickier here, because our understanding of the word ‘immigrant’ is also different from what the immigration policy lays out.

The recently announced plan for immigration levels for the years 2023 to 2025 raised a brief ruckus in the quarters where one anticipates it – and the response to the ruckus was also as expected. The top-line number of 500,000 immigrants dominated the chatter – but going down to the granular level, there are notable differences. First of all, the number 500,000 pertains to the year 2025, however, the range for that yearis given in the voluminous report by Immigration Canada as between 442,500 and 550,000 (see page # 34 of the Report at this link). At the lower bound of the range, Economic Immigration accounts for only 265,000. Then we have ‘Family reunification’ (parents and grandparents of Canadians) at 107,000 and ‘Refugees, protected persons, humanitarian and compassionate and other’ at 70,500. As to whether – or why – MAiD should be offered to the new arrivals – especially before they have been here long enough to be included in the provincial healthcare plans – in the last two categories is unclear.

(Note: I am delving into the case of Ontario here merely to illustrate the disjointed nature of different government policies; my objective here is NOT to create an exhaustive reference guide on the issue for all the provinces & territories)

Who can be enrolled in the provincial health plan of Ontario (OHIP)? The link on the website of Ontario tells us that apart from Canadian citizens, Indigenous people, Permanent Residents and people who have applied for Permanent Residence and whose application has not been denied yet, the following persons are also covered by OHIP:

I wanted to zero in on the category ‘Temporary Resident Permit, types 86 through 95’, and was guided by a friend to an old manual of Citizenship & Immigration Canada (at this link; please see Page 45):

For types 86 through 89, my previous observations as to why MAiD should be accessible apply, but my focus here is on the types 90 through 95. To belabor the point, people whose application for Temporary Residence Permit has been refused are covered under OHIP (one assumes that this is out of compassionate grounds, to cover their healthcare needs until they leave Canada). As they are covered under OHIP, they are also eligible to access MAiD. People who are deemed ineligible to LIVE in Canada are at the same time also deemed eligible to access DEATH in Canada. At the very least, we should have a debate on why a person who has been deemed inadmissible to Canada on health grounds should be provided MAiD in Canada. Ditto for cases of refusal of Temporary Residence Permit on ‘criminal / security / other’ grounds of inadmissibility. I am assuming here that the types referred to on the Ontario website are these types, but absent any other resource, I am willing to go with this one.

The net position from this discussion is, therefore, something that I said in my article ‘… And Euthanasia For All’ and have been saying since then: The matter of inducing a person’s death is serious enough to warrant a society-wide discussion on every single aspect of MAiD. People should decide whether the credentialist / elitist approach that we have taken so far is already dangerous enough and whether the expansion of MAiD that has occurred needs to be rolled back. Unless we start that debate now, our future generations will come to a lot of avoidable grief, in my view.