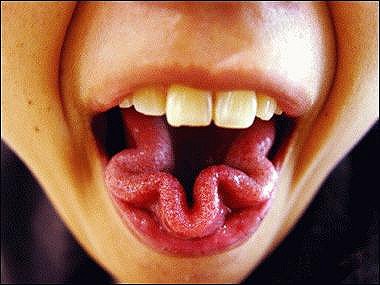 The push to make language gender-neutral can succeed in English, but when it comes to the native languages of non-white Canadians, it runs into the wall of protected multiculturalism. Treating these languages differently causes division.

As the magazine Newsweek reported some days ago, France has banned gender-neutral language in schools, citing ‘harm’ to learning. This stance is of particular interest because the advocacy for gender-neutral language is founded on the belief that gendered language causes harm to some people. The conflict between the two sides should not be surprising; any exercise for defining the rights of one group of people usually ends (or should end) when these rights infringe the boundaries of other people’s rights. In practice, though, some boundaries are often crossed. The instance in France merely represents a case of a pushback against a growing trend of carving out a new category of rights for some people.

I got into a discussion about this with some friends, and recalled a statement by James A. Michener that English has become the international language partly because it is possible to speak it badly and still be understood. My takeaway from this statement is that the English language has a weak structure, and this feature at once makes it more flexible and susceptible to lack of clarity. For example, the sentence ‘They can fish’ could mean that the people in question are permitted to catch fish, or that they are engaged in the activity of packing fish in cans.

Most other languages have a stronger structure than English, and therefore may be less amenable to changes in the way thoughts are expressed. Specifically, since nouns and verbs are gendered in these languages, making them gender-neutral may encounter insurmountable obstacles.

In Gujarati, nouns, adjectives and verbs are gendered. It is important to note here that the English language does have some gendered nouns (for example, ‘lion’ versus ‘lioness’), but the conjugation of verbs in regard to these nouns does not result in a different version of the verb for the gender. In school, this used to cause much puzzlement among us students; in Gujarati, the simple statement ‘I went home’ has to include the gender-specific form of the word ‘went’ in the first person singular.

One specific feature of Gujarati language that is relevant here is that it conjugates verbs according to the three genders: masculine, feminine and neutral. In theory, this should make the language better suited for gender-neutral expressions. In practice, however, the neutral gender is used in the diminutive sense (grammatically) and pejorative / derogatory sense (colloquially). So, if I am addressing a person, and conjugate a verb for them in the second person singular in the neutral gender, it would be an insult to that person. Can any ideological push force me to address others in an insulting manner? Wouldn’t it defy the very objective of ensuring that everyone is treated respectfully?

When it comes to nouns, inanimate objects also have a gender in Gujarati, just as in French. For example, ‘curtain’ is masculine, ‘chair’ is feminine and ‘table’ is neutral gender. Crucially for this discussion, the nouns belonging to the feminine category usually end in the sound ‘a’ (pronounced as in ‘start’) or ‘ee’ (as in ‘leek’). For example, the word for ‘garland’ is ‘mala’ and the one for ‘chair’ is ‘khursi’. Masculine gender nouns usually end with the sound ‘o’ (as pronounced in ‘note’) with the exception of proper nouns, while neutral gender nouns end with either the sound ‘oo’ (as in ‘book’) or the flat sound of the final consonant (as in ‘ask’). This structure breaks down when dealing with words imported from foreign languages (notably English). So, ‘camp’ is masculine, ‘car’ is feminine and ‘computer’ is neutral gender, although all three end with the flat sound of the final consonant.

The key point here is that for non-foreign words, the way a noun word sounds at the end provides a pointer as to its gender, and thus forms the basis of conjugating the associated verb. For native speakers of Gujarati, it is hard-wired in their brains to conjugate verbs according to the final sound of the noun to which the verb pertains. If I were to be required to conjugate a verb in the neutral gender for a masculine or feminine noun, it won’t be long before that process breaks down in my brain. If someone claims that gendered language amounts to violence, I would counter that putting me through the pain of trying to re-invent the structure of my mother tongue also amount to violence.

Thankfully, in officially multicultural Canada, I am unlikely to be asked to do so – and that is a problem. In fact, it is potentially a big problem.

Early in my brief stint as a talk show host on radio, news emerged that Ontario had granted an exemption from wearing a helmet for Sikh motorcyclists. We arranged for a representative of an association of motorcycle riders to appear on my show to provide details. I had observed some discontent among Ontarians, and Canadians elsewhere, against this exemption, so I was keen to have a clear picture presented to my listeners. I hoped that more information could help to allay some of their apprehensions.

On the show, this representative explained that the exemption was not available to all Sikhs (i.e. it was not based purely on religious affiliation), but rather to only those Sikhs who satisfied a set of conditions. The first of these conditions was that the rider must be wearing a turban of not less than 6 yards in length. I wondered how this was enforceable in practice; a police officer could not verify the length of a rider’s turban without violating the rider’s Charter right relating to unreasonable search & seizure. I did not get an answer then, and still haven’t got one now.

I also asked my guest if a similar exemption, based on religious attire, could be extended to a Muslim lady wearing a Hijab. My point was that while a turban affords at least some protection against impact, a Hijab does not. Therefore, a motorcyclist wearing only a Hijab (if a similar exemption were to be granted) would be exposed to higher risk of injury in case of an accident. He declined to comment, saying he would be speculating on a subject that was outside his area of knowledge.

At the time, I was beginning to think of the term ‘customized law’ to describe the regime of identity-based exemptions from laws. Recently, a friend suggested another term that I think does a better job of depicting the challenge facing us: ‘multi-legalism’.

While acknowledging that it is not a law forcing the language to be gender-neutral (at least not fully), activism for the same is gaining momentum in Canada. Would this apply only to English? Given its sensitivities on such matters, Quebec is certain to resist the idea for the French language. And given their pampered status in Canada, nobody is likely to force the issue with them. That leaves the so-called ‘foreign’ languages, and the languages of First Nations. Would it be advisable to exempt them from the requirement of becoming gender-neutral?

The notion of imposing a behavioral standard on the majority population, while exempting minorities from it, stands much of civilizational precedent on its head; usually, it is the other way around. On rare occasions, we do see the direction being reversed. This is not to suggest that either way is necessarily correct – that depends on the facts of the case.

My focus here, however, is on the effect on society of exempting a minority from a standard. There are several possibilities here, and one of them is that it could be corrosive. In reality, though, exempting non-English languages from a gender-neutral standard would not affect people who only speak English. They may resent the fact that the standard applies to them (and thus coerces their use of language), but the most significant impact would be on a person who speaks English and an exempted language. This subject is more suitable for those qualified in neurology to study, but as a layman, it appears to me that the requirement to switch between two different standards could create a neurotic stress of the kind that the human-like computer HAL endured in Arthur C. Clarke’s book 2001: A Space Odyssey. In the book, this stress led HAL to cause fatal damage to those around it. There is cautionary tale in that about humans as well.