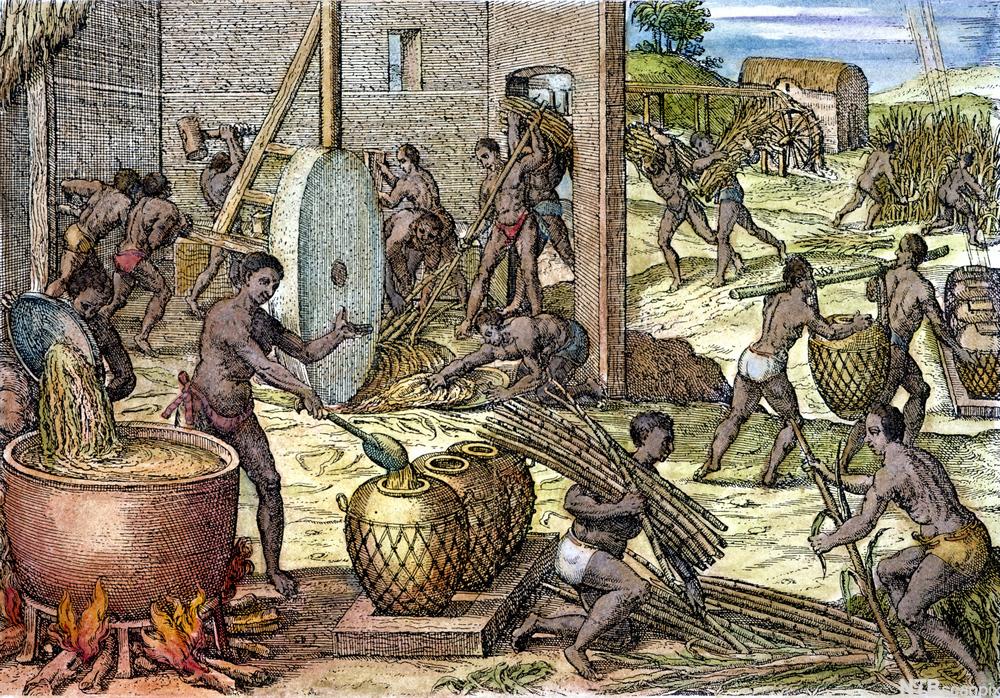 THE RIGHT TRIGGER, FROM THE LEFT

A couple of days ago, a friend on Twitter posted an image of an article in the Guardian (of UK) that had the following headline:

One day later, a journalist posted the link to another article on the website of a group / online publication called Environmental Defence that had the following headline:

“Environmental racism is a daily reality for many Black, Indigenous and People of Colour in Canada”

Seeing these tweets reminded me of similar conversations that I witnessed decades ago in India.

Historical data from centuries ago must always be taken with a pinch of salt. Having said that, there is general agreement among economists that when the British first arrived in India in the early 17th century, the economic output of India was somewhere around 25% to 30% of the global GDP. We should bear in mind that the term ‘India’ meant something very different from what it does now; specifically, the areas currently forming the countries of Pakistan and Bangladesh were included in ‘India’.

By the time the British left in 1947, that share of the global economy had dwindled to a paltry 2%.

To provide a North American context, from around the time that Jamestown was founded in what is now the US, to just after the end of WW2, India’s share in the global economy had shrunk by roughly 92%. The effects of this impoverishment were painfully visible almost everywhere. The large scale plunder by the British that reduced Indians to penury was a frequent topic of discussion. In particular, it was common for politicians to bring it up.

In many South Asian languages, the word denoting English people in general is ‘Angrez’ or its variant ‘Angrej’ (possibly derived from the French word ‘Anglaises’). As the decades progressed, many Indians began to tire of this blaming; in their view, Indian governments post-independence had accumulated enough mistakes of their own that also contributed to the poor state of Indian economy. The question ‘How long are we going to continue blaming the Angrej for our woes?’ started getting asked with increasing frequency. People began demanding that their leaders deliver the required solutions, because by then Indians had been masters of their own destiny for more than a generation.

On the leaders’ part, the record was mixed. On one hand, avowedly socialist policies exerted stifling control on the economy, while on the other hand, they had made well-advised investments in the areas of irrigation, education and public health. However, these were yet to deliver results.

The decade of 1990’s marks a turning point in the history of modern India. The fruits of lifting onerous State controls on the economy, combined with the results of investment in education, produced a double-payoff, and the average Indian’s economic prospects saw a marked improvement.

Today, nearly half of the population of India is under 25 years of age. They never saw the days of privation that were the combined result of bad policy choices and the overhang of history. Another 15% of the population is between 25 and 35 years of age. They would have been too young to understand the state of country when the economic metamorphosis began. In short, some 2/3rd of the population has no direct experience of how bad things were; all that they have seen is a thriving economy of a confident country. People no longer talk about how bad the Angrej were.

Soon after moving to Kenya, I heard the abbreviation ‘TKK’. It seemed to be ubiquitous, so I asked what it meant. I was told that it meant ‘bribe’. I asked what the full form of ‘TKK’ was, and was told that it was ‘towa kitu kidogo’ (bring something small). The phenonmenon was exclusively in the domain of government; getting the smallest job done required ‘TKK’.

Discussions around the ‘TKK culture’ were common at the office. Despite its prevalence, or perhaps because of it, ‘TKK culture’ was widely viewed as corrosive for the society. One day, I asked my assistant Patrick to join in a discussion about it. In his early 20’s, Patrick was a pleasant but reticent man. He smiled before replying, “We keep blaming the mzungu (white man) for having exploited us when he ruled over Kenya. But now, we are doing it to each other, in tiny but eventually lethal doses. The only thing that has changed is the law & order situation, which is considerably worse for the average Kenyan. We, as Kenyans, are responsible for both these things. As citizens of an independent nation, we have free choice – and we are choosing wrongly.”

Many years later, I ran into a gentleman from Kenya in Mississauga. We got chatting about Kenya, and I asked him if ‘TKK culture’ still existed there. He said, yes and no. I asked him how. He replied that the term had undergone change in two stages. From its original ‘towa kitu kidogo’ (bring something small), it first changed to ‘towa kitu kubwa’ (bring something big), and later to ‘towa kila kitu’ (bring everything). I was left wondering what Patrick would have thought about that.

One important distinction between formerly colonized countries and North America is that in the case of the former, the foreigners eventually left, whereas in North America, the current society is a continuation of what the foreigners started. Most notably, the original inhabitants of North America got pushed into the margins, while many other foreigners got added to the mix. A high percentage of these foreigners are non-white. This makes an apple to apple comparison with the former colonies problematic.

I try not to include the cases of exceptionally successful individuals from marginalized communities in my assessments about those communities, because they are, by definition, exceptions to the rule. There is also the element of confirmation bias. What I look for are people within those communities who have achieved ‘normal’ success, and how they view the society in terms of being hostile (or otherwise) to their communities’ interests.

From this viewpoint, my observations have yielded a mixed picture. Even among our First Nations, there are many who are solidly middle class (or higher middle class). The ones that I have interacted with are convinced that despite all the historical wrongs against their community, current Canadian society offers enough freedoms and opportunities for anyone to achieve a good life. In particular, they detest the culture of victimhood that is so incessantly promoted in the political arena. Crucially, they also believe firmly that all governments in our recent history, including in the current era, have continued to neglect their communities – but their assessment also includes the opinion that the leadership within the FN community is partly to blame for that state of affairs. These opinions are also shared by many people belonging to other, non-white communities.

Modern progressivism has, as one of its foundational tenets, the belief that victimized people have no agency, and that they are perpetually dependent on a savior class to protect them from the depredations of the supposedly omnipotent, ever-malignant oppressor class. However, I believe that this is not true in a significant number of cases. Disadvantaged people can, and frequently do, strive and succeed at life despite their circumstances.

Another important point here is that many (if not most) of these self-appointed saviors of the oppressed classes racially belong to the ‘oppressor’ class. These two facts boil down to the conclusion that many white Canadians are convinced that members of the ‘oppressed’ class (defined along racial lines) are so lacking in abilities that they cannot fend for themselves even in a reasonably fair and just system such as the one we have in Canada. In other words, they are deemed inferior because of the race that they were born into. This is often described as ‘the soft bigotry of low expectations’.

It is possible, at least in theory, that the do-gooders mean well. However, what their efforts end up doing is to foster an environment in which people are judged by the color of their skin, respectively, as oppressors and oppressed, rather than judging them on the sum total of their actions. I think we can fairly describe this as racism in new guise.