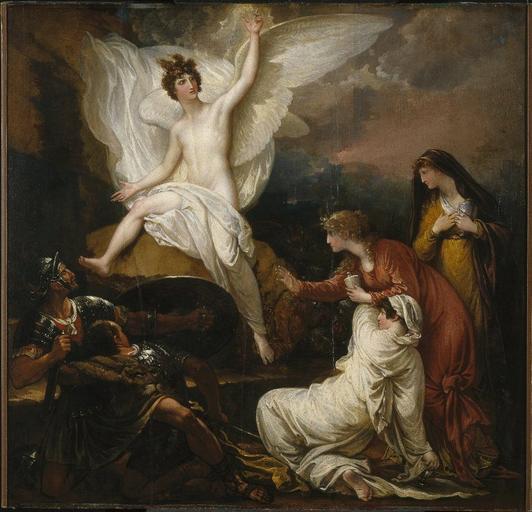 In the mid 1980’s, there were several years of crippling drought in India. This naturally led to shortages of food; however, compared to earlier times, agricultural capacity had increased substantially by this time as a result of substantial investments in irrigation and related infrastructure such as storage and distribution. Nevertheless, some restrictions on consumption of food were necessary.

One such restriction was in relation to large social gatherings such as marriages etc. Indian marriages tend to be massive compared to what is considered the norm in the West, and usually involve hundreds of attendees. The government came out with a regulation that at any social event, the maximum number of attendees allowed was one hundred. This posed a problem for many people, as any one not included in the list of invitees was bound to feel slighted. Uneven implementation of the regulation added to the public resentment. Those who had the right connections were able to host social events as before, as the authorities looked the other way. Planning for any event now included scrambling to find someone with influence in the government. Favors were extended or cashed. There were rumors that people without connections could still have a large gathering if they were willing grease some palms. Those who dared to host more than one hundred guests without the ‘permission’ had to endure the unpleasant experience of having the enforcers disrupting their event.

After three consecutive years of drought, the rains returned, and the restriction was lifted.

Official response to Covid-19 in Canada has resulted in several problems coming to the fore. Some of these were a direct result of the official response, while some others were pre-existing but out of sight; these have now become visible.

Human suffering due to prolonged isolation and the less-than-ideal conditions in Long Term Care facilities are issues deserving separate, extensive studies, as are several others. In this piece, I will focus on the economic challenges that confront us now. Broadly, these challenges are on two fronts: the collapsed earnings of many people due to a forced curtailment of the economy, and the vastly increased borrowing by governments that will need to be serviced through payments of interest and principal amounts from out of the future earnings of Canadians. The task before us is made more difficult because the second challenge impinges on our ability to address the first one; raising additional government revenue from a depleted economy in order to service the higher debt has an economic impact on people who are already struggling financially. In case interest rates rise from the historically low level where they are now, our problem becomes that much worse.

One simple way to boost government revenues is by increasing taxation. However, conventional economic wisdom deems this to be an ill-advised approach to take at a time when there are economic challenges. Another approach could be to cut back on public services and social programs that are paid for from tax revenues. This approach is always controversial, and may also be ill-advised, making it infeasible. This leaves us with only one way out of this challenge: getting as many people back to work as we can. This would have a double-edged effect; the more people can support themselves, the less they would depend on emergency programs from the government in order to put food on the table and pay their rent, and at the same time, government revenue from taxation would go up at existing rates of taxation. Thus, the question facing us becomes: how do we get people back to work?

THE WAY WE WERE

‘Build Back Better’ is a nice slogan, but any attempt to do so has to be necessarily made while keeping the hard realities in mind. This means, in effect, that we may have to let go of our ideological preferences while we are ‘building back better’. What are our realities?

At the very foundation of our economic realities in Canada is that we are, in large part, a resource-based economy. Canada is sitting on the third-largest reserves of oil on the planet, as well as significant deposits of gas and coal. The logical thing to do, especially in the current situation, would be to go full-bore on plants to maximize their extraction and use / export in order to get our economy back on track, and Canadians back on their feet. Unfortunately, ideological imperatives are preventing us from doing so. History is witness that ideology overriding economic considerations leads to suboptimal results for the welfare of people. I need to emphasize here that money is not the be-all and end-all in these decisions; our choices have to have a sound moral footing. What is bothersome in today’s Canada is the adamant refusal to look for a balance between the two.

On the domestic front, our desire to pursue green energy is in direct conflict with extraction of oil, gas and coal. On the exports front, exaggerated importance to environmental concerns has hampered our fossil fuels industry in the last few years. Politically, there appears to be no desire to achieve a balance between environmental responsibility on one hand and self-interest on the other. Our skewed policy towards fossil fuels is unmindful of the geopolitical reality where other countries are pursing economic growth with the help of fossil fuels.

Today’s geopolitical reality is that demand for fossil fuels remains strong. China is implementing coal-based power plants whose capacity nearly equals the coal-based capacity of the entire EU. India is developing new coal-mines to produce additional 92 million tons per annum of coal. Even green-energy friendly Norway is drilling more oil wells than ever. On the other hand, Saudi Arabia is building a green-energy project of making hydrogen fuel cells while planning to increase its oil output. Canada would be well-advised to utilize its vast wealth of fossil fuels in order to get back on its feet, and use that boost to pursue clean, green energy. These resources are, fortunately, in high demand globally. Furthermore, a boost to the resources industry feeds into the growth of other sectors, such as manufacturing, consulting, retailing etc. A plan to make this happen in the shortest time possible would be our ticket back to prosperity.

TWO IN THE BUSH

Unfortunately, virtue signaling on the ‘clean / green energy’ issue has taken firm roots in our polity, all the way down to the municipal level. Recently, the city council of Kitchener, ON voted unanimously to ask the provincial government to phase out the gas-fired power plants in the entire province by 2030. Apart from the important issue of jurisdiction, this vote also poses the question of energy security. We have accumulated enough experience of the effects of the Green Energy Act of the McGuinty era to know, with confidence that wind and solar energy in Ontario suffers from a serious issue of intermittency. Currently, the ‘solution’ to this problem consists of keeping the ‘traditional’ power-generators (consisting of hydro, Natural Gas and nuclear power plants) on stand-by so they can fill the gap as and when the flow of ‘green energy’ drops due to factors beyond human control. In addition to increasing the cost of generation, this ‘solution’ also perversely increases our CO2 emissions.

Doing away with traditional power generation in its entirety would leave us with zero capacity to fill the gap between the demand for and supply of electricity due to the inherent nature of wind and solar energy. Doing away with gas-fired plants would substantially reduce this capacity. The demand by the city council of Kitchener, therefore, amounts to ignoring the old wisdom of ‘one in hand is better than two in the bush’.

MORE EQUAL THAN OTHERS

Let us suppose that it does become an official policy to increase our dependence on wind and solar energy for our energy needs. What is the likely scenario when availability of electricity supply is uncertain? On social media, it is popular to talk about ‘rolling blackouts’ in such a situation, but I think that is unlikely to be a phenomenon in the long run – as a circumstance continues over the long term, human nature would intercede to bring about a (relatively) more predictable structure.

The standard political recourse would then be to put together a bureaucratic apparatus to allocate electricity between different users. Certain establishments such as hospitals etc. would, of course qualify for uninterrupted supply of electricity; it is difficult to argue against that. As we move lower down the rungs, I can see a scramble to receive 24/7/365 eligibility in the general population. So, in addition to creating (or widening, as the case may be) a class divide that is defined in terms of access to electricity, we would also open up a ‘market’ for dispensing favors. Just as was the case for hosting social events in India in the mid 1980’s, people would start looking for ‘the right connections’ to secure special dispensations with respect to the supply of electricity to their homes, shops and businesses. It would be safe to assume that the people in charge of granting these special dispensations would be among the first to receive them as well. In the language of the literary classic Animal Farm, they would be more equal than others.