Why Math Is Not Racist 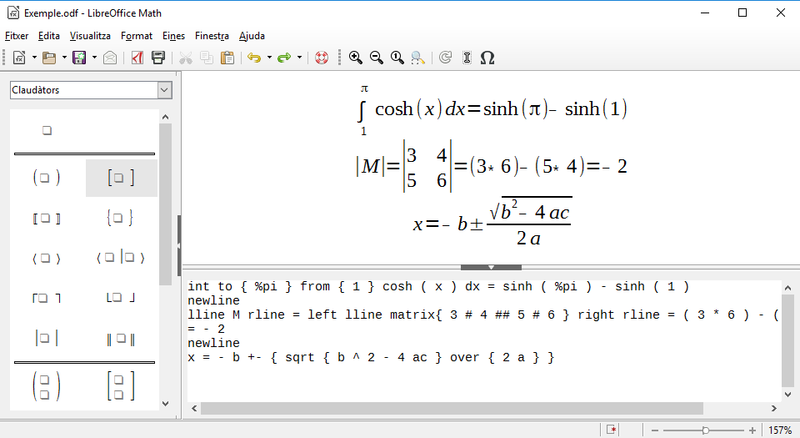 The maniacal zeal required to foist the ideas about racism and oppression on a neutral subject like math necessarily ignores the history of its development. Equally inevitably, it also poisons young minds, leading to a deeply fractured society.

A few days, ago, a piece appeared in the Toronto Sun about the updated math curriculum for Grade 9 in Ontario. Quoting from the source material of the Ministry of Education, it pointed out the following words on the Ministry’s website:

“Mathematics is often positioned as an objective and pure discipline… However, the content and context in which it is taught, the mathematicians who are celebrated, and the importance that is placed upon mathematics by society are subjective.”

Elsewhere on the government’s website, math was accused of having been used to ‘normalize racism and marginalization of non-Eurocentric mathematical knowledges’ (I find the pluralization of ‘knowledge’ to be slightly problematic). This, the narration went, pointed to the need to take a ‘de-colonial, anti-racist approach’ to teaching.

Predictably, this revelation caused an eruption of comments, both pro and con. One common refrain from the people who were opposed to the change was that 2+2 always equals 4, regardless of the race of the person making that calculation. There were other, predictable voices of irritation / frustration / exasperation with the tendency of injecting race into every aspect of life.

I got into an online discussion about the story with a person of Jamaican origin, who was in favor of the change. I pointed out to him that the ‘Arabic numerals’ that we use today are of Indian origin; the Arabs took them from India and introduced them to Europe (hence the name ‘Arabic’ numerals). He said that he wasn’t aware of the fact. His main point was that while the need to ‘de-racialize’ math was real, they could have worded it better. He did not offer his version of this ‘better’ wording.

A couple of days later, I came upon a thread on Twitter by a person who, going by their bio, is a teacher and a winner of ‘Excellence in Teaching’ award, to the effect that the changes announced earlier had been removed (with screenshots of the text before and after the removal). This was later confirmed in media reports.

On the teacher’s thread, someone brought up the argument about 2+2 equaling 4, and the teacher replied that in some situations, it does not equal 4.

I was genuinely curious, and asked the teacher if he could provide examples. He replied that in ‘Base 3 Arithmetic’, 2+2 equals 11.  This answer, while correct, is problematic on two grounds:

Base 3 Arithmetic, also called the Ternary Numeral System, uses only three numerical digits, viz. 0, 1 and 2. This is similar to the only two digits (0 and 1) in the Binary System. I was curious as to its origin, and asked the teacher whether it had been developed by Whites. He replied that it originates from certain tribes in what is now Papua New Guinea. I asked him how the System came to be used in Canada. He replied that he had no idea.

That is precisely the point that many people are trying to make in this debate. What matters is the utility of a piece of knowledge, not its origin. When I asked the teacher where the Ternary System is used, he replied ‘some circuits and baseball scoring’ (both these subjects are beyond my area of knowledge, so I take him at his word).

The fact that a system of counting that was developed in a part of the world that many people may not have heard of, let alone be able to locate on a map, is found useful in Canada (and presumably worldwide) for complex measurements should cause us to be in awe of the ways in which knowledge-transfer takes place across time and space.

In my earlier article, ‘Shared Weaknesses’, I wrote that ‘humans have been sloshing around the planet for a very long time’. That article focused on the violence against and oppression of people of another race by a long list of invaders and colonizers. However, this ‘sloshing around’ has created beneficial effects as well. Amidst the battles and slaughter, the pillage and plunder, we see a sub-surface current of exchange of knowledge (although we must admit that ideological zeal on the part of the invaders / colonizers often causes significant chunks of the knowledge of the invaded to be destroyed). The result of the ebb and flow of civilization across the globe is that we are left with the knowledge that we were able to preserve, and that surviving body of knowledge is our common human heritage.

Over on the teacher’s thread, he remarked that what we know as the Pythagorean Theorem had been used variously by different cultures for at least 1,000 years before Pythagoras. He stated that (paraphrasing a bit) this amounted to giving exaggerated importance to a white person for something that had also been figured out before him by people of other races.

Someone responded to this by pointing out that at the time Pythagoras formulated his theorem, he wouldn’t have been considered ‘white’ in the way that we understand the term now; as an olive-skinned Greek, he was the inhabitant of a culture that spread from Persia to Italy that excluded most of western Europe. This reminded me of the anti-Greek riots in Toronto in 1918 by ‘white’ Canadians (on the usual grounds that they were taking jobs away from the white people). In the intervening century after those riots, Greeks – or at least notable ones like Pythagoras – appear to have become ‘white’.

At a broader level, though, what matters more? The fact that Pythagoras was a Greek individual, or that other people before him already knew ‘his’ Theorem? My answer is that neither fact matters. If we can understand and use the knowledge contained in the Theorem, it is valuable. Otherwise, it’s a boring lecture in school, to be forgotten at the earliest opportunity.

As school students, it was matter of pride for us to learn that the zero and the resulting decimal system, on which almost all our technological knowledge stands, was an Indian invention. The person most commonly credited with this development is Aryabhata – although it is worth noting that he studied at a university (meaning human knowledge in that part of the world was at an advanced stage at the time he was still studying). We were also taught about these universities – Nalanda, Taxila and Pataliputra. Knowing about them added to our sense of pride.

That said, by the time we reached middle school, we were getting a little irritated with the ceaseless harping of our teachers – and in the society in general – about the ‘glorious past of India’. All around us, we saw an ill-educated, impoverished and underdeveloped nation. The more outspoken among us asked directly how a glorious past from a long-gone era was relevant amidst widespread ignorance and poverty. It became fashionable to say that India’s contribution to the world was zero. Our teachers patiently explained that awareness of past greatness was necessary as a motivation for improving the country’s condition to whatever extent one could. They added that in this endeavor, it would be required of us to learn the other things that people of other races had developed on the foundation of the achievements of Indian scholars of the past.

One part of math that stands out as an example of such cross-pollination is Algebra. The name itself is of Arabic origin (from ‘al jabr’, meaning ‘reunion of broken parts’), but its roots can be traced to ancient Babylonians. Along the way, it acquired contributions from Greek, Indian, Persian, Chinese and Arabic mathematicians before European societies developed enough to pitch in, beginning circa the 16th century.

It was during his plague-induced isolation during the years 1665-1666 that Sir Isaac Newton developed the ideas that culminated in the branch of math called Calculus. For those who may be interested, this article on the website The Story of Mathematics gives a fascinating and detailed account of the process by which he arrived at the fundamental tenets of Calculus. Interestingly, as the Stanford Encyclopedia of Philosophy notes, initially he couldn’t find anyone who was willing to publish his treatise on the subject. It took a fair bit of persistent efforts on Newton’s part to have these ideas published and accepted.

So, while the other branches of math have benefited from contributions from many people from many regions (and therefore races) over centuries – if not millennia – when it comes to Calculus, its existence can be attributed solely to Sir Isaac Newton.

Given these facts, it is not racist to state that the world owes its knowledge of Calculus, and its uses, to one single person – who happened to be white.

Some years ago, I was in a Facebook group where there was a noticeable presence of white supremacy types. One day, one of them claimed during a discussion that “97% of all the scientists in history were Europeans”. I asked him to prove it. Of course, he couldn’t – doing so would have required him to produce a list of all the major scientific developments along with the names of people who brought them about. There was also the pivotal issue of deciding when human history begins. I pointed out to him that he was confining his definition to include just the last few centuries, but human history is (of course) a lot longer than that. I enjoyed witnessing his frustration at being unable to prove a white supremacy-based claim to a POC.

It is possible to look at this phenomenon from the other side. Just as white supremacists attach all scientific progress to the white race, similarly their opponents often fall in the same trap by calling modern knowledge a product of (or inextricably attached to) racism. The stark fact is that knowledge simply IS, and exists independently of our stumbling on to it. Exactly who stumbles on to it is a matter of circumstance, with a dash of chance added.

Modern India paid homage to Aryabhata by naming its first satellite after him, which was launched into space in 1975. The satellite had been built in India, but was launched by using the rocket-launching capability of the USSR, through the latter’s ‘Interkosmos’ program which provided access to space for friendly states.

This brings me to a piece of ancient wisdom from the Rig-veda:

This is commonly translated as “Let noble thoughts come to me from all directions” – but that is an approximation. The word ‘bhadra’ means ‘having beneficial / noble / refined qualities’. And the word ‘vishwa’ means ‘the world’, which is translated here as ‘all directions’.

So, another way of understanding the meaning of the sentence is “I am willing to accept useful ideas from all over the world”. The focus is on the ideas, rather than the person who originates / propagates them, or their identity. Accusing knowledge – including math – of being a result of or tool for racism and oppression poisons young minds, and will achieve the exact opposite of the ideal set out in the Rig-veda. As tomorrow’s citizens and leaders, they will be unable to look beyond each other’s racial identity. The seed of poisonous divisiveness that some want to plant today will yield poisonous fruits.