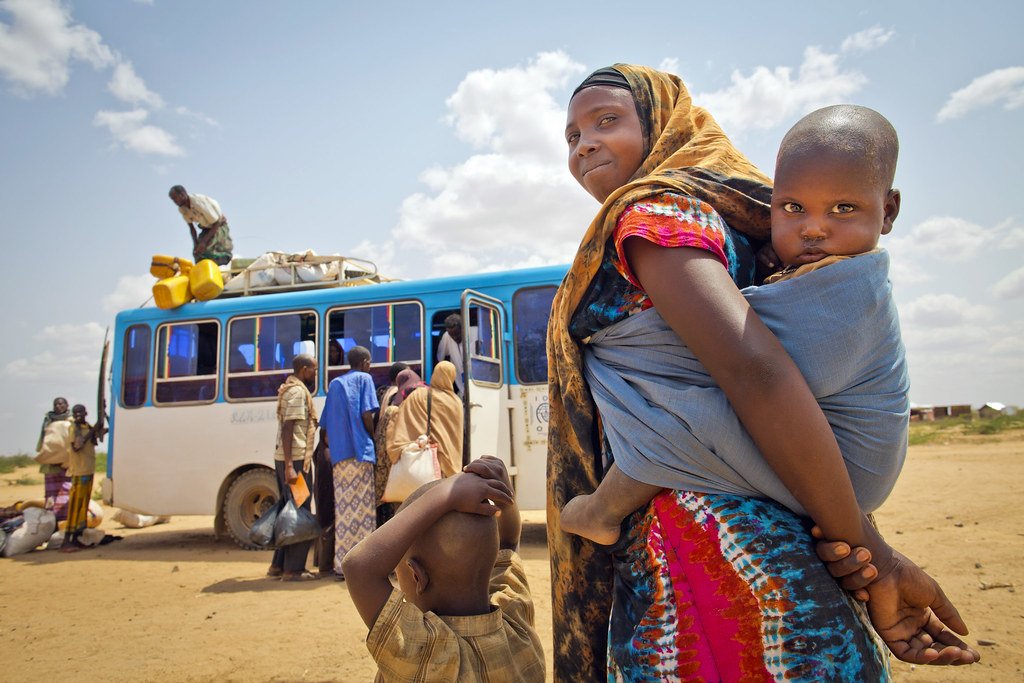 (Image Credit: UNICEF Ethiopia on Flickr; the image is at this link. Used without modification under Creative Commons Licence)

People who arrived in Canada as refugees fleeing war are now considering leaving Canada because they believe that the invocation of the Emergencies Act makes Canada an undesirable place to live in.

A couple of days ago, I was made privy to a message from a person who arrived in Canada as a refugee. With their permission, I am reproducing the message verbatim, without any edits or even corrections for punctuation etc. (but omitting the personal identifying details):

I will leave Canada with my family

I can’t stay here after this horrible Emergency Act.

I am awaiting for the citizenship centre open to apply citizenship for my (…) and get (…) passport and after than we will leave.

I am so worried about my kids. I left my country (…) to find a safe place and live peacefully not to see another war and tyranny. Because I have never felt I am a human and have rights until I came to Canada. As a Middle Easter (…) I wish to see Canada in a good condition I don’t want to see another war here it’s the same my country of birth (…), now.

I pray for Canada and her freedom.

Over 9 months ago, in May 2021, I wrote an article (‘Taking Flight’) in which I noted my observation from the time that:

“Mounting frustration over the governments’ mishandling of Covid is causing many Canadians to consider leaving Canada, and some already have. As immigration brings more people seeking better life to Canada, the structure of society will change fundamentally.”

I further noted that this phenomenon was perhaps less prevalent among recent immigrants because:

“… getting uprooted so soon after picking up their roots from their country of origin may not be feasible for them for a variety of reasons.”

This, of course, left the possibility open that some immigrants would still be unhappy enough with the entire environment of Covid policies to consider leaving Canada. What I did not reckon with was the possibility that even refugees, facing tougher situations in life and therefore having a different set of priorities, might still come to the same decision.

One common mistake that we all make sometimes is to believe that all the members of a group of people are identical to one another. In reality, however, these ‘groups’ are often merely labels that we have invented for others. If we look below the surface, each ‘group’ consists of a dizzying variety of individuals. This applies to refugees also. I have met a few of them. Contrary to the popular belief (on both the Right and the Left of the political spectrum), many were highly educated, fluent in English and westernized in their lifestyle before they fled their country for Canada. In fact, given the nature of the armed conflict in certain countries, it may indeed be the reason for their having to flee. On the other hand, there are many of them who fit every stereotype about refugees: illiterate, lacking in a marketable skill, and having a visceral dislike of everything western.

The same applies from the other end as well. The view or opinion of Canada (and western countries generally) among the people who later became refugees ranges from ‘the shining house on the hill’ to ‘Satan’s abode’ – and every variation in between.

All the above is to say that how refugees think about and react to the developments in Canada depends on their own traits, and on their expectations from Canada.

It is therefore not surprising that some would feel the kind of disillusionment that is dripping from the message that I reproduced above.

Refugees who thought highly of Canada and had high expectations from her are more likely to feel this disillusionment. Their unique problem, however, is their nationality / passport; moving to another country to settle there is not possible until they become naturalized as Canadians. A Canadian passport is valued and respected worldwide (at least so far). Refugees who are unhappy enough with the way things are going in Canada to want to move elsewhere must bide their time until they get Canadian citizenship and passport.

Consider the irony here: People have to wait to become Canadian in order for them to be able to leave Canada for good.

I think it would be fair to call them ‘double refugees’.

As we debate whether the invocation of the Emergencies Act amounts to an overreach by the government or not, we need to bear in mind that these refugees are some of the few people in Canada who have seen governmental overreach of a very extreme kind. If we truly believe in according greater weightage to people’s ‘lived experiences’ (as we keep insisting tirelessly), then perhaps someone in the media should reach out to refugees and ask them if, in their opinion, the Emergency measures amount to an unjust curtailment of Canadians’ rights. And while they are at it, they might also want to find out, from eyewitnesses to such events, what ‘insurrectionists’, ‘occupying forces’ and ‘siege’ look like in real life.

Of course, we know that isn’t going to happen. Most of our media is content to use those terms as if they are irrefutably true (when the reality is the opposite), and anyone who disagrees with their assessment is automatically a far-right / white supremacist / Nazi.

Which points us to the disconnect between the establishment on one hand and the hoi-polloi on the other. The continued existence of this wide – and widening – disconnect can only be resolved, over the long term, by the hoi-polloi deciding to leave the country for a more hospitable environment.

I was chatting with some friends in Kenya when one of them said, out of frustration, that his employer wasn’t letting his career grow, and that while he liked the company very much, he may be forced look for another job. He didn’t particularly savour the prospect of leaving his company and asked if anyone could advise how he should go about talking to his superiors.

Immediately, another friend gave him a piece of advice that I remember to this day, nearly three decades later: Tell them that if they won’t let you become a partner in their progress, then you will take the progress elsewhere.

Whether it is multi-generational Canadians (the so-called ‘old stock’ ones) or new immigrants or refugees, anyone who believes that governmental authority needs to be bounded by as strict parameters as possible and within as small an area as possible is unlikely to be happy in case the Emergency measures stick around for long. Those who remain may be equally productive on their own as those leaving, but the kind of Statism that they favour and/or endorse and/or endure willingly is guaranteed to erode their productivity as time passes and the government encroaches more and more on what people can do.

In a previous article, ‘Bill C-10: A Fatwa On Knowledge’, I explored how the government exercising complete control over the internet could lead to making Canada the backwaters in the knowledge-based world of the future. Over the long term, the imposition of Emergency measures will have the effect of turbo-charging Canada’s decline in that world.