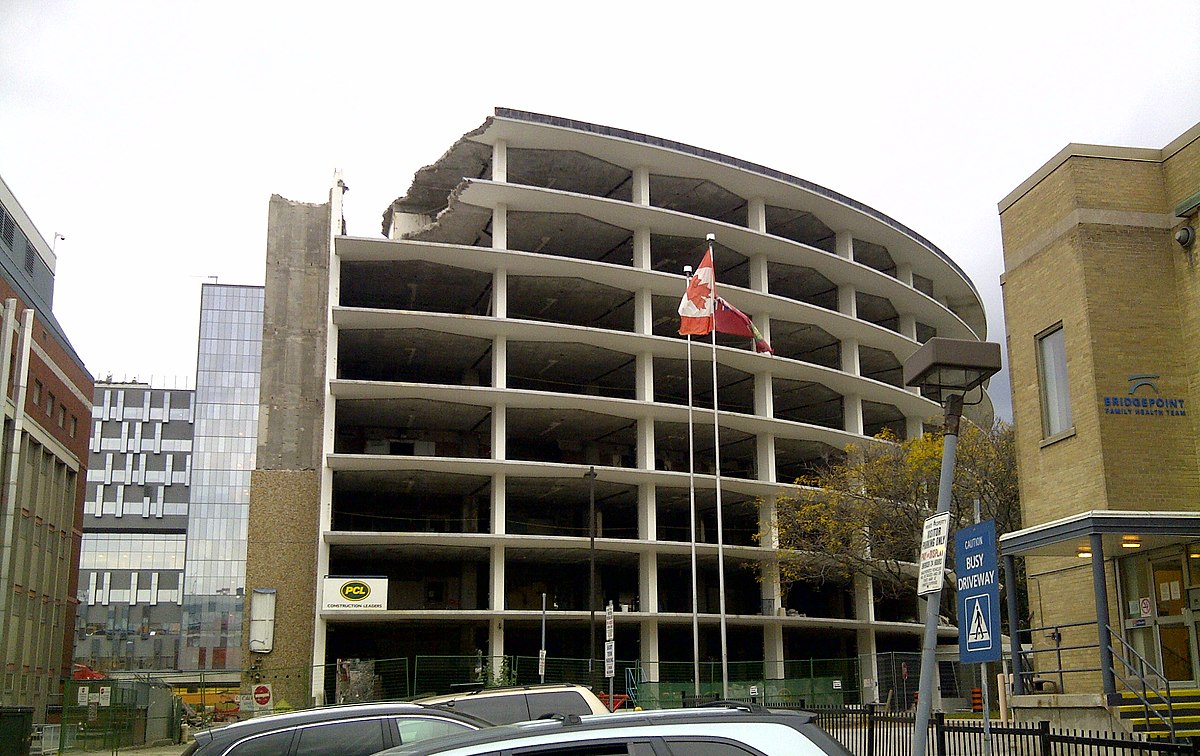 (Image Credit: Wikimedia Commons, Author ‘Skeezix1000’; the image is at this link. Used without modification under Creative Commons Licence)

I was driving to the grocery store when this realization struck me, and it was shocking. So shocking that I decided to go back to official data (once I returned home) to verify it. By the time I got back, various facets of the issue had begun to take shape in my mind.

In a nutshell, the issue is this: Higher spending on healthcare means that people have less money left from their income to spend on everything else – mortgage / rent, food, clothing, energy (heating / Hydro / petrol), recreation (including recreation that helps one maintain good health) and setting money aside for the future (primarily RRSP and RESP investments).

According to the Canadian Institute of Health Information (CIHI), Canada’s healthcare spending was 7.0% of GDP in 1975 (see this link; the chart is at page 8 of the report), while that for 2021 was projected to be 12.7% of GDP (see this link).

Of course, the availability of healthcare has declined inexorably since 1970, which I have covered in my previous articles ‘Canada’s Healthcare Crisis’ and ‘Bitter Pills’. In  my assessment, this lack of availability is due chiefly – if not solely – to the fact that our ‘single payer’ system creates an insurmountable bottleneck, which I had detailed in my article ‘Delayed Delivery’.

The issues that I raised in those articles are grave and require serious thought. Separately, however, we need to take an urgent look at how the burgeoning cost of healthcare is diverting people’s money away from other needs, leaving them poor(er).

The real impact of our disproportionate spending on one need is obscured by the fact that it is taking place via the intermediary of a government machinery, of which taxation is the starting point. To put it differently, tax money from your paycheck disappears behind a thick curtain, and since you – as a patient – don’t handle the payments part, you don’t realize how that payment is increasing while ‘buying’ you even less and less over time.

But if we keep in mind that the number cited above are in relation to GDP (which is another way of saying ‘everyone’s income’, and therefore everyone’s wallet), it is easy to see that devoting more of people’s income to one need has to necessarily take money away from other needs. And since these numbers are in GDP terms, they factor in the increases in income that have taken place (for the lucky ones, that is) over the duration of 46 years. In other words, even after incomes went up, the spending on healthcare as a percentage of that increased income still went up.

With healthcare spending taking an ever- greater share of your income, you are naturally left with less to spend on other necessities. The cruel irony here is that proper diet and exercise, which are crucial and maintaining good health, become less affordable, leading to greater need for healthcare facilities.

In a nutshell, therefore, spending more on healthcare creates more demand for healthcare services. We are looking at a perfect feedback loop here.

The negative impact of reduced purchasing power for their income is somewhat alleviated for people who own homes; the build-up of equity (largely via appreciation in the value of their house) acts as a buffer against the erosion. Depending on their circumstances, people may (be forced to) opt for a ‘home equity loan’ or may be able to wait until they are ready to downsize.

In the current social mood in Canada, however, there is a constituency that looks on these ‘lucky ones’ with animosity. At times, it may even be justified to use the term ‘jealousy’ in this context. But most of the homeowners are merely everyday Canadians who are able to make the ends meet and build a nest-egg in a time-honored manner. The much-reviled ‘speculators’ and ‘property-flippers’ are relatively few (and some of them may be sitting in parliament as people’s representatives, contemplating taxing capital gains of the everyday home-owners).

That debate aside, there is no denying that extraneous circumstances providing a bit of relief to some Canadians cannot be viewed as a solution to the problem created by out-of-control spending. It is merely a duct-tape that enables some people to deal with the problem at their individual level.

Another form of this duct-tape can be seen in the fact that both the federal provincial governments are perpetually running budget deficits. It therefore becomes possible to argue that their spending (including on healthcare) is not coming out of tax revenues, but rather out of borrowing. I do not consider this to be a strong argument; the borrowed amounts plus interest must be repaid out of taxes on people’s future incomes (in on future people’s future incomes; viz., those who aren’t born yet or haven’t immigrated to Canada yet). In a word, resorting to borrowing merely postpones the problem – and also makes it worse.

A third form of the duct-tape comes in the form of providing welfare programs for the financially disadvantaged Canadians. The eroded purchasing power of their income is somewhat alleviated by these programs. But as the chart at the first CIHI link shows, healthcare spending (being one of the holy cows of Canadian politics) has kept rising over the decades without fail. So the choice to maintain (and, let’s face it, increase) these support programs will only have the effect of further eroding the purchasing power of Canadians broadly. Clearly, this ‘solution’ cannot be continued ad infinitum; sooner or later, the limit of its applicability will be breached. It is completely in character for our political class and media that no one is asking what happens then.

The crucial question here is this: With the spending on healthcare rising every year and taking up a greater and greater share of our collective income, at what point will it be no longer possible to keep spending at an ever-higher level? What is the figure, as a percentage of GDP, where the whole edifice becomes unsustainable?

Would that stage be reached at 20% of GDP? Or at 25%? And regardless of exactly when it happens, what happens to the delivery of healthcare when the system demands extra money that isn’t forthcoming?

I hate to end on a gloomy note, but given our collective inability to arrive at sensible opinions / conclusions on the big-ticket issues (which I have examined at length in my earlier article ‘Structural Dysfunction’), I do not foresee any thought being applied to this vital issue, one on which our very future as a prosperous & healthy society depends. True to form, we will keep doing more of the same until the whole system buckles and collapses.